When Only One Twin is in the NICU 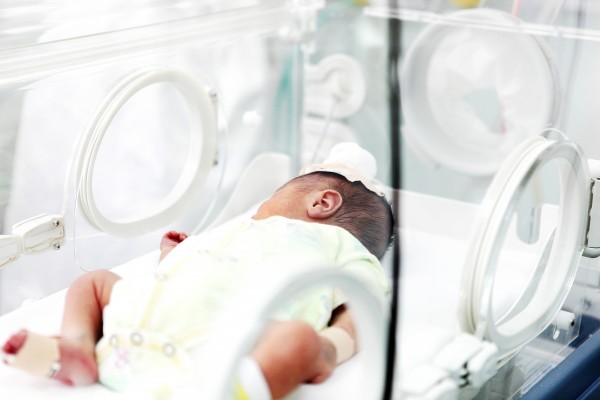 When I was pregnant with my twins, one thing I worried about a lot was that they would be born early and end up in the NICU. The scenario that I never considered? One twin being sent to the NICU while the other twin stayed with me.

I have friends whose children were in the NICU for weeks and I know how hard it was on them. Although our local hospital has an excellent neonatal unit, I certainly didn’t want my twins to end up there. I wanted them to room in with me in the hospital, get started nursing right away, and come home when I was discharged.

Twins are most often born at 36 weeks, or so I kept reading. Early on I worried a lot about the possibility of mine being born earlier than that, having complications, requiring long stays in the NICU, and worse.

However, as my pregnancy progressed it was surprisingly uncomplicated. The babies were growing steadily and everything was perfect at each ultrasound. I began to be more and more confident that my twins would be born close enough to their due date and not need to spend any time in the NICU.

I never considered the possibility of only one twin being in the NICU.

All that worrying I did about preterm birth and stays in the NICU and yet another totally possible scenario never even crossed my mind – that one twin would get to come to the room with me right after birth and one would be admitted to the NICU.

Somehow I failed to even consider such a scenario. The babies were both developing at similar rates, although baby B, the boy twin, was always a bit behind in growth. They were going to be small babies, that I knew. I am petite and my husband will never play professional basketball as much as he would love to. My five year old was born on her due date and she only weighed 6 pounds 5 ounces at birth. But as the weeks went on and I got closer to my due date, I started worrying less and less about preterm birth, complications and hospital stays. I was just so excited to meet my babies!

Then came the night of their birth.

And oh what a night it was! My husband was recovering from a nasty stomach bug and my five year old had just come down with it. She was throwing up everywhere and we were up for hours with her. By 4 am we finally all just got back to sleep. Then my water broke.

You can imagine the chaos that ensued, but somehow we made it to the hospital, and by 7:30 am the twins were here. I was exactly 35 weeks and 6 days pregnant. Baby A, the girl twin, weighed in at 4 lbs 9 ounces. Her brother weighed 4 lbs 5 ounces.

We were told that the smaller twin missed the cutoff by weight by only a few ounces and had to go to the NICU immediately. I got to hold him for a few seconds before he was whisked away. My husband went with him, and I stayed back with his sister, who was tiny as a doll but otherwise perfectly healthy. We were able to do skin to skin and she latched right away. It was wonderful and sweet and perfect. It was familiar. But it wasn’t right without her brother there too.

We were told there was nothing wrong with him, that he just needed to be observed down there for awhile purely based on his birth weight. We were led to believe he might join us in our hospital room at any moment. By the end of that first day, he was still down in the NICU. It was hours before I was able to see him due to my c-section. I had to be able to get myself into the wheelchair, and that meant waiting for the anesthesia to wear off. We did some skin to skin as well, but he didn’t latch. He was happy just being on my chest, safe and warm.

But while my husband and I were downstairs in the NICU bonding with our son, his twin sister was upstairs in the nursery. We weren’t allowed to leave the maternity ward with her. Thus, other than this first visit, we mostly took turns visiting our son. When my husband went home to be with our daughter and I was alone in the hospital, I had to wheel my daughter in her bassinet over to the nursery (not an easy task while recovering from abdominal surgery), leave her with the nurses as though I was dropping her off at some daycare, then pick her up on my way back.

The second day was a blur, due to the fact that I had now contracted the horrible stomach flu. Luckily I was in the best place to be sick, and was given plenty of anti-nausea medication. I was assured that by breastfeeding our girl, pumping for our little man in the NICU, and good hand washing, I was unlikely to get the babies sick, and thankfully this turned out to be true.

I was told my son would be brought up from the NICU to be with his twin sister.

Exhausted, I asked the nurse to wake me when he got there. But the night wore on and he never came up. In the morning I learned that he was having trouble regulating his temperature. And that’s when our NICU journey really began.

I was in the hospital for five days. Each day I was told that it could be the day. He might just be able to come join us in the room. But as each day passed it seemed less and less likely.

We started to learn about the procedures in the NICU. I was given a hospital grade pump to use to get my supply going, and supplies to store and label my breast milk to send down to my son. It was difficult to decide how to divvy up my milk. Should I feed the twin upstairs and let them give my son formula? Should I instead have the nurses supply me with formula to feed my daughter and send all my milk down to my son who maybe needed it more but still wasn’t able to latch?

I wasn’t producing enough milk yet for them both, especially with the whole 3 hour NICU schedule – and I have never been that good at pumping. Nursing twins was going to be challenging, that I knew, but I never thought about how hard it would be with one twin in the NICU.

I ended up doing the best I could, feeding my little girl who latched like a champ and sending whatever I did end up pumping downstairs for my son, which meant he was being supplemented with formula, something else I had never considered as an option.

Then came the day of my discharge.

All week we held out hope that our son would be ready to come home with us when I was discharged. We were heartbroken to have to leave him in the hospital and head home with just one of the twins. So many things went through my mind. Would the twins even recognize each other once they were finally reunited? Would my son ever be able to catch on to breastfeeding? Was it going to affect his level of attachment to me? I also worried about something happening to him, some accident that I wouldn’t be there to prevent. It was definitely anxiety provoking.

Arriving home from the hospital was bittersweet. My 5 year old was so excited to have her new baby sister home. The transition was almost too easy, taking care of just one baby, a somewhat premature baby who pretty much slept the entire time and had more than enough arms to hold her. But that made it harder for us to visit the hospital. It was almost an hour drive. Children under a certain age (my 5 year old included) were not allowed in the NICU because flu season had started.

So once again my husband and I had to take turns. We were only able to visit once a day. We stayed about an hour each time and brought with us whatever milk I had been able to pump at home. I kept offering him the breast in the hope that he would catch on to feeding. We held him and rocked him and took pictures. We did the best we could, then headed home. The whole experience was surreal.

My son ended up spending a total of 16 days in the NICU. It was a scenario I never considered, one I was not prepared for and one I wish I could have prevented. 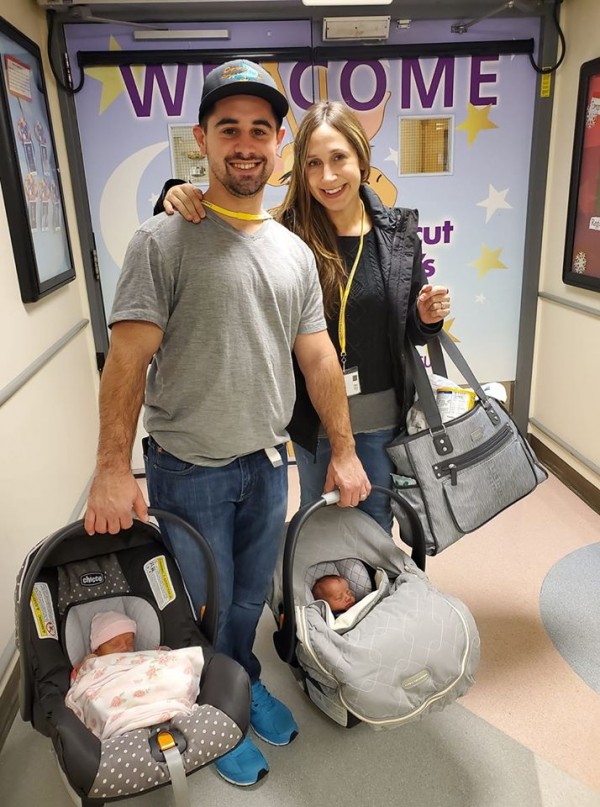 Now that our family is complete, those first couple weeks already seem like a distant memory. Those days are some of the best of my life, even though they didn’t happen the way I had planned. And while I do not miss trekking back and forth to the hospital, dealing with the NICU staff who sometimes had a way of making me feel incompetent as a mother, or worst of all, having to leave my poor baby alone in the hospital while I went home to my warm cozy house, there are plenty of memories from that time that I will always cherish. 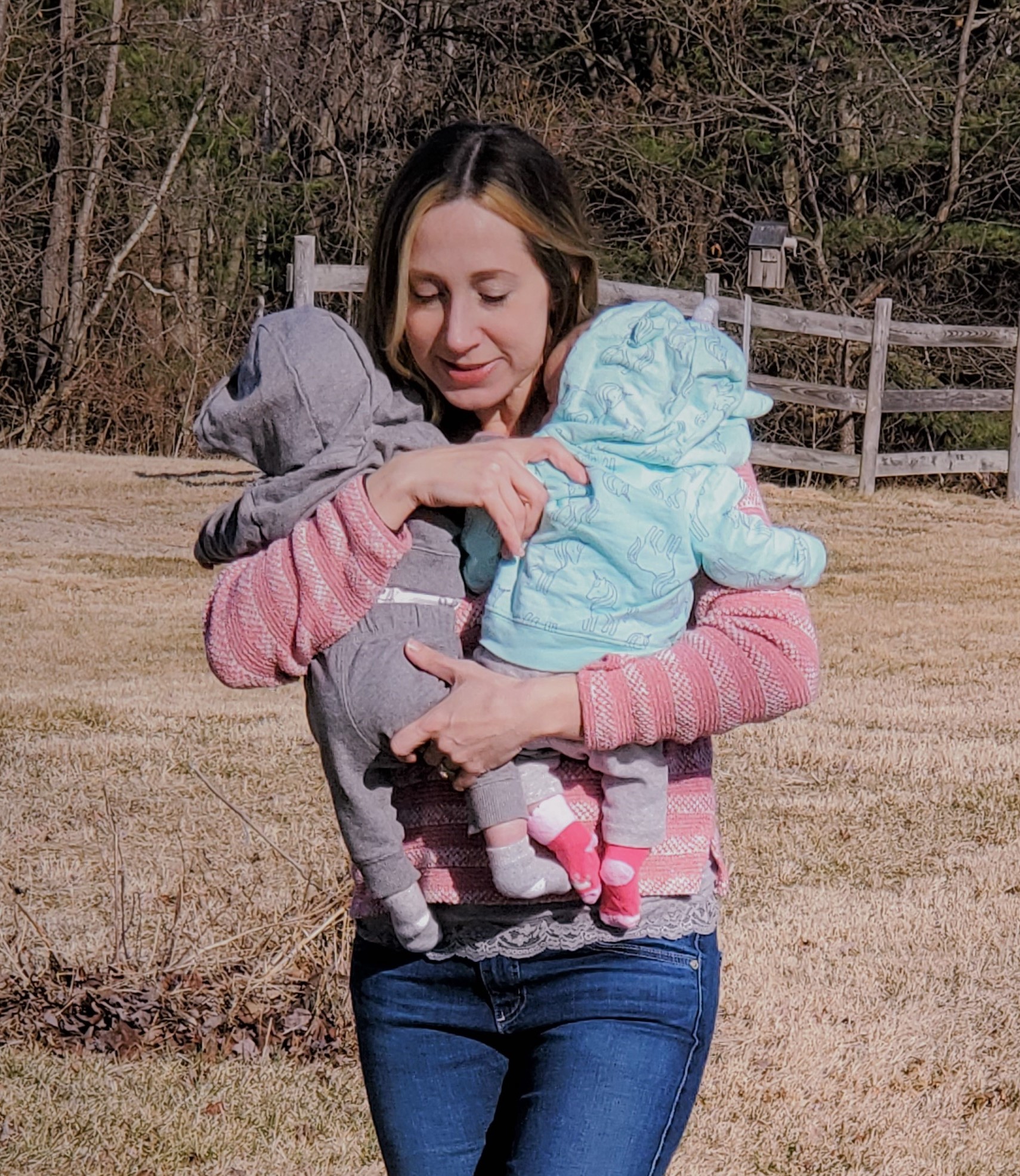 The story of our twinless twin
Angels and Miracles!
Our Little Fighter
advertisement

The story of our twinless twin
Angels and Miracles!
Our Little Fighter