The story of our twinless twin

Published by Jennifer Bain on November 12, 2017 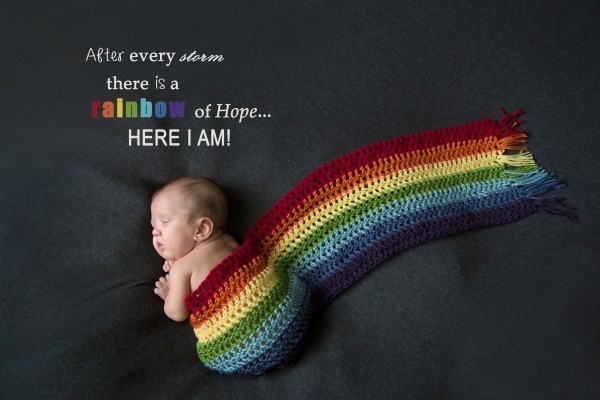 When we started our journey to parenthood, we never could have imagined how much tragedy we would have to endure to finally make that happen. After 2 miscarriages, 1 chemical pregnancy, and 2 failed IUIs, my husband and I found out I was pregnant with identical twins after our first IVF treatment. We couldn't have been more thrilled! Despite the great news, we still couldn't celebrate just yet. Twin pregnancies are high risk to begin with, but mono-di twins face even more risks. At first, our main focus was getting past the first trimester. However, our pregnancy was filled with lots of complications and we had a lot more hoops to jump through than just making it past 12 weeks. At 10 weeks, the twins developed a condition called Cystic Hygroma (excess fluid behind the neck). If you Google it, you're not going to find a lot of uplifting information. We met with a genetic specialist at Tufts Medical Center in Boston and we were told the outcome didn't look good. We had a 10% chance it could resolve on its own...ten percent! There was a 50% chance it could be a chromosomal disorder, 30% chance it could be a sign of a heart defect, or 10% chance it was some other type of genetic disorder. At this point, any hope for a normal pregnancy was shattered. The coming weeks, were filled with so much stress, anxiety, and waiting. Lots and lots of waiting! Fortunately, the fluid was gone by week 16 and, by week 20, they passed all their tests! We thought we could finally breathe a sigh of relief! Boy were we in for a rude awakening...

At 22 weeks, we found out they had developed a rare disorder called Twin-to-Twin Transfusion syndrome (another fun condition to Google!). A condition they warned us about, but never thought in a million years would happen to us...not after everything we just went through! That same week, I underwent emergency laser ablation surgery at Women and Infants Hospital in Rhode Island to reverse the effects. The surgery proved to be a success; however, a week post-op, my water started leaking around Andrew (baby b, aka donor) and I started going into preterm labor. I was admitted into Tufts where they were able to control my contractions. I was planning on staying there until hopefully 36 weeks. However, the twins had a different plan. 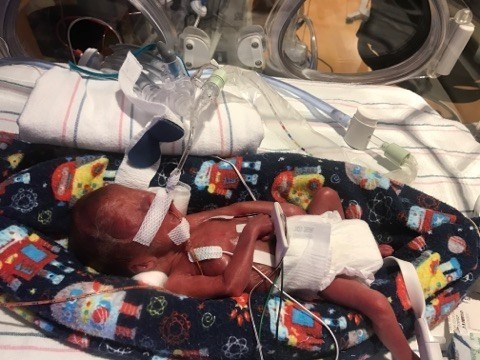 Just as I started wrapping my head around being on bed rest for what I thought would be 12 more weeks, my water completely broke and I delivered the twins at 24.2 weeks. I had never been more scared in my life. Michael (baby a, aka recipient) was born first weighing 1lb 3oz. I remember hearing him cry and instantly burst into tears. Before I knew it, he was rushed out the door toward the NICU where he was intubated and made stable. Sadly, Andrew, weighing only 14oz, was born sleeping. The doctors did everything they could, but, unfortunately, he was too small and weak to survive the delivery. 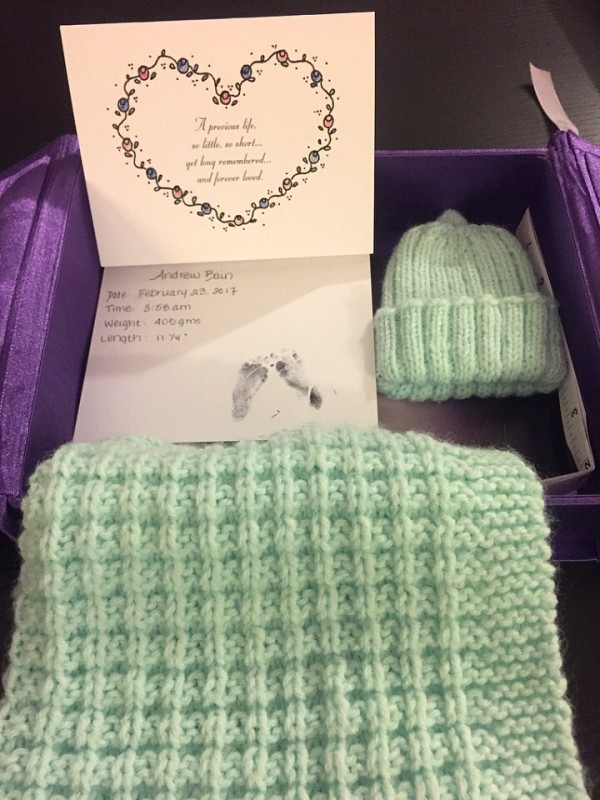 Michael struggled in the beginning, but he proved, on numerous occasions, he was a fighter. 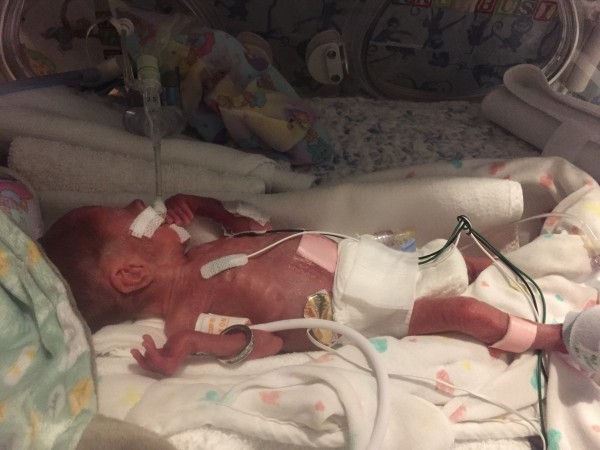 At just a week old, my wedding band fit around his arm.

When people say the NICU is a roller coaster ride of emotions, they are not kidding! The beginning was extremely tough for us. We were so happy and grateful Michael was alive and stable, but devastated at the loss of Andrew. The word "congratulations" was met with so many mixed emotions. I cried (more like sobbed) everyday for 2 weeks. I felt numb inside. I wasn't able to hold him in the beginning and I was so scared to touch him because I was afraid an alarm would go off. We were thrown into a world that was completely foreign to us. A world filled with so much uncertainty and unknown that it completely consumed us. Our whole world now resided within the walls of the NICU unit. Every day he continued to fight was a blessing. Our journey was met with many ups and downs. And no matter how many times we told ourselves that there would be bad days and setbacks, we were never prepared for those gut wrenching moments. Thankfully, we had each other to lean on. 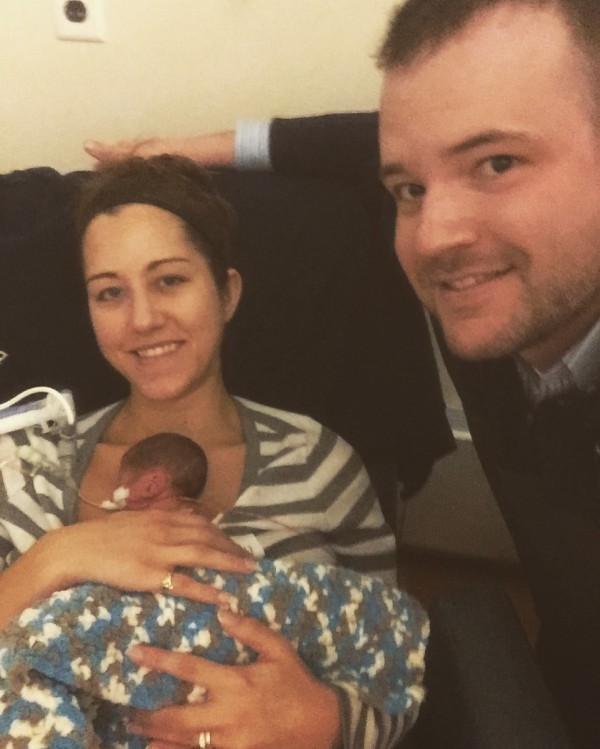 Our first family photo. I finally got to hold our son at 2 weeks old!

Michael spent the first 4 months of his life in that NICU. He was intubated and reintubated several times. He bounced back and forth between CPAP and NIPPV until he finally transitioned to a nasal cannula. His PDA, which caused many life threatening problems in the beginning, finally closed after about a month. I watched him stop breathing and need to be bagged on more than one occasion. He developed ROP towards the end of his NICU journey and had laser surgery and injections to treat it. He had so many blood transfusions I lost count. The worst part of this whole experience is that there was nothing we could do to help our son, except be there for him every chance we could. No matter what else was going on in my life, I made sure to be at the hospital every day. Sometimes that would mean I had to sleep in one of the parent rooms at the hospital or at a nearby hotel. My husband eventually went back to work, but was there every chance he could. 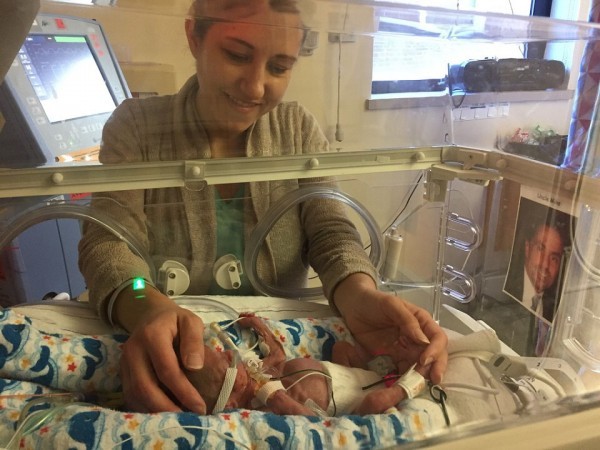 When Michael was two weeks old they attempted to extubate him. It was unsuccessful, but this was the first time I saw his whole face.

We made the best out of every day - celebrating even the smallest of milestones and decorating his isolette on holidays. In the NICU, you are never guaranteed tomorrow so we made sure to cherish every minute spent with Michael. I lived for Kangaroo Care and would be devastated if he was too unstable to hold. I struggled everyday, but watching him grow and meet milestones kept me going. 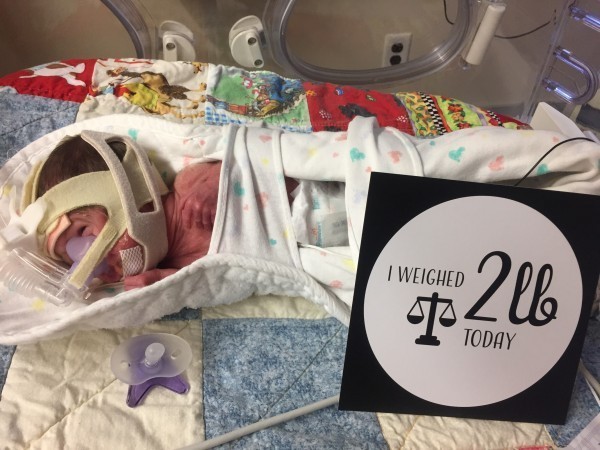 Michael finally weighed 2lbs by the time he was 7 weeks old. 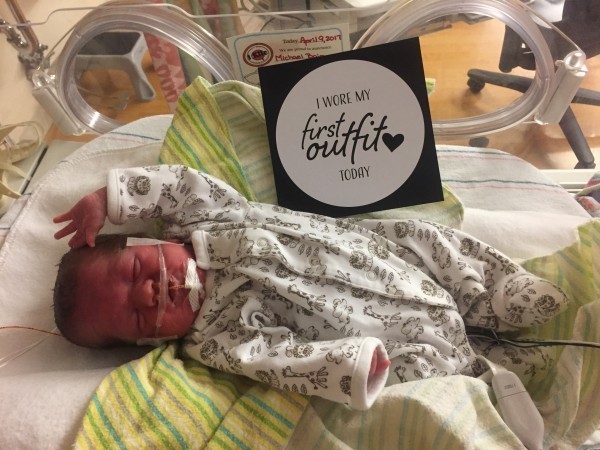 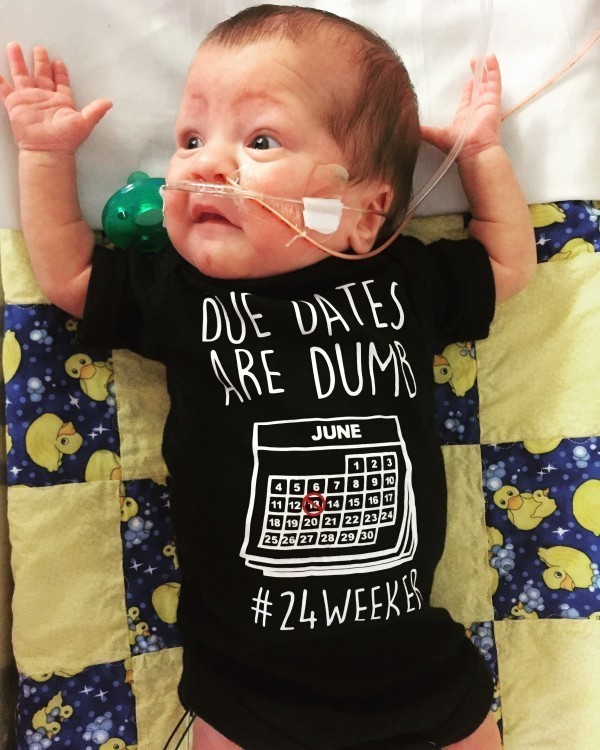 The twins original due date was June 13th.

Michael is our little miracle and we couldn’t wait to finally take him home after spending 120 days in the hospital. 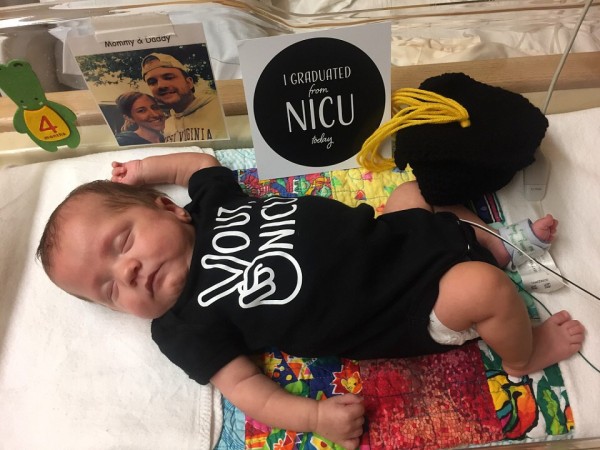 Today Michael is 8 months old (5 months corrected) and is doing better than we all could have ever expected! He does not require oxygen anymore, he eats like a champ, his ROP is completely gone, and he brings so much joy into our lives each and every day. We can’t thank all the doctors, nurses, and staff at Tufts Floating Hospital NICU enough for everything they have done for our son. These people saved my son’s life and we are forever grateful! 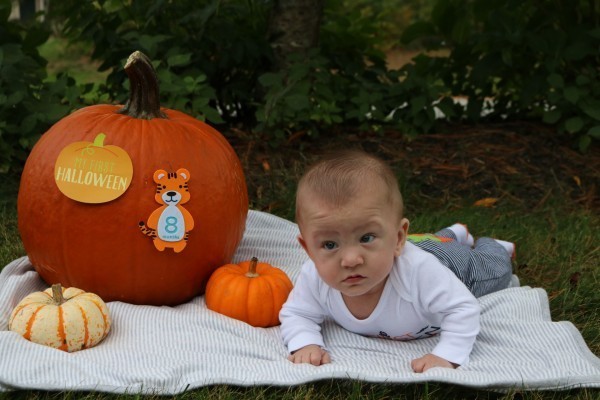 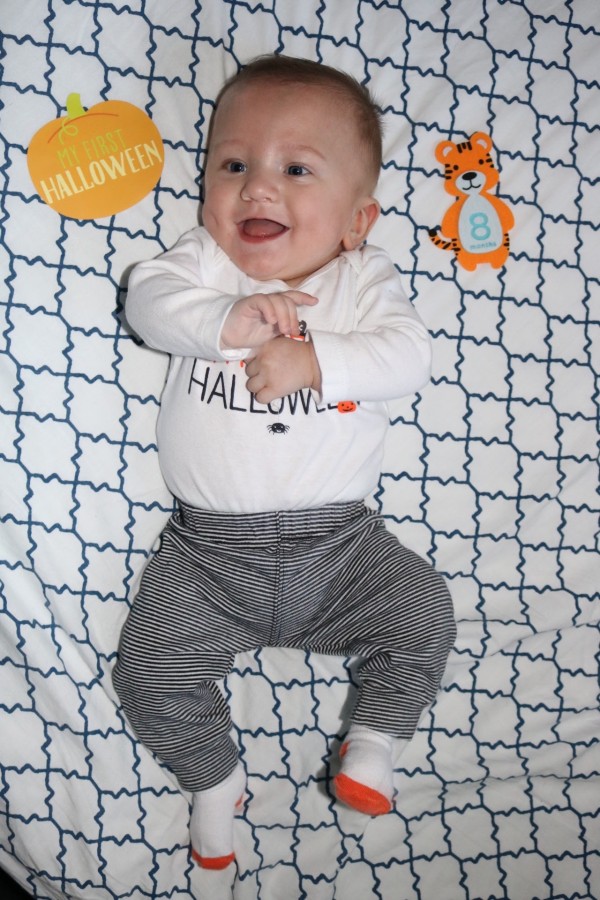 Here is a video of Our journey<3 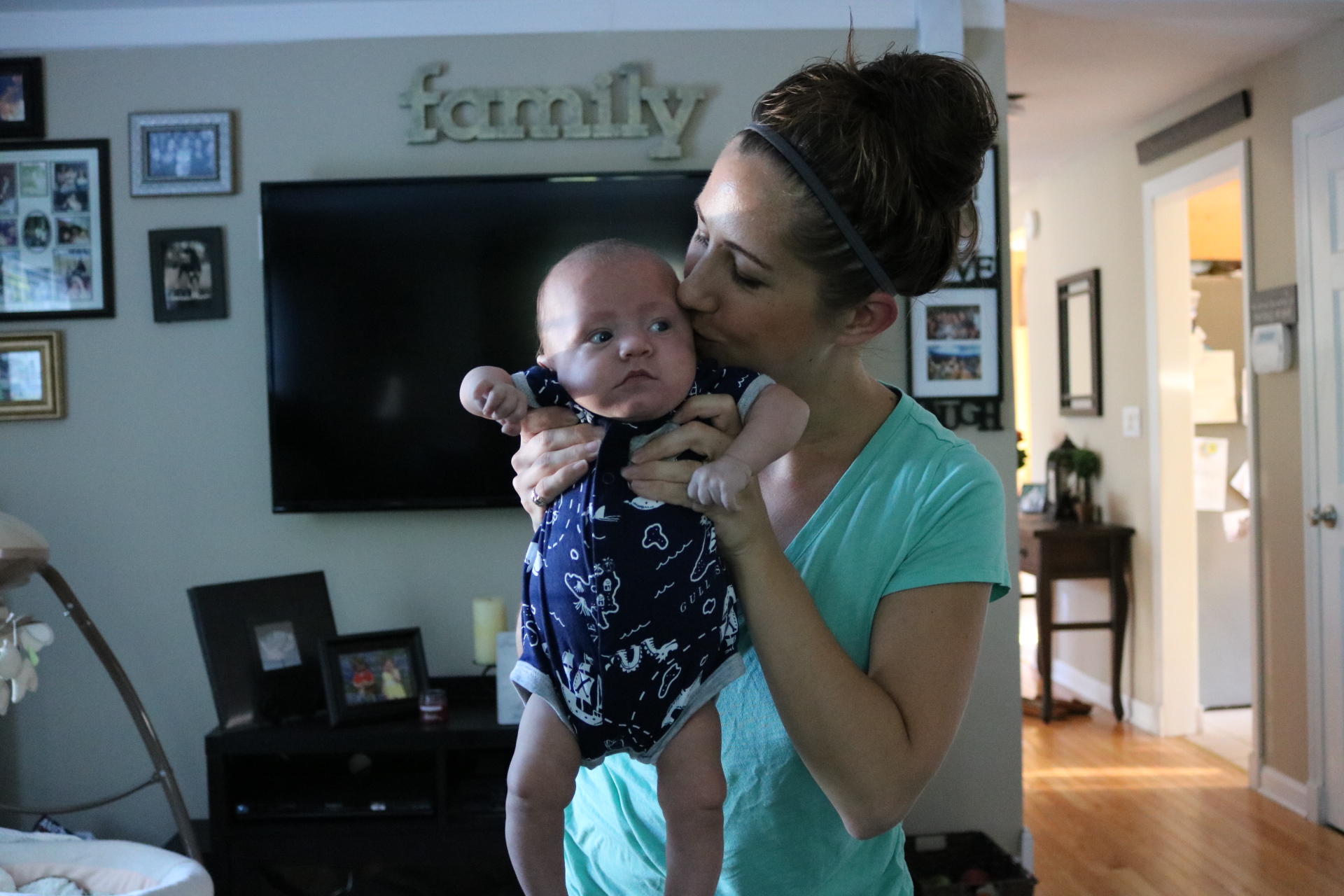 I am a wife, teacher, and mom of a thriving micro preemie and surviving twin.

The quest for motherhood
Being a NICU Parent is Hard no Matter What
We were told there was very little chance he would make it, later our Chance was born!
advertisement

The quest for motherhood
Being a NICU Parent is Hard no Matter What
We were told there was very little chance he would make it, later our Chance was born!