"Visiting Hours" Don't Apply to Me

I always knew that when I got married, I wouldn't want to have children right away. I wanted to enjoy married life and, when the time was ready, have children. I got married when I was 25 and when I was 27, I was ready to become a mom. The year I decided I wanted to get pregnant, it was very hard to conceive. After months of trying without succeeding, I was concerned I could be infertile. One night, out at a restaurant with my husband, a peaceful feeling came over me and I knew I would get pregnant soon. Two weeks later, I would conceive and become pregnant with my first child. The trouble is, before I conceived, I also found out I was a Type 2 Diabetic (I would later be diagnosed with Type 1 Diabetes five years later). So, when I discovered I was pregnant, a naturally exciting but still worrisome time, I had to also grapple with the fact that my first pregnancy would also be high risk. I was newly pregnant and had to learn how to test my blood sugar and give myself insulin shots 5 times a day.

My blood sugars were always very well controlled and, since my pregnancy was high risk, my doctor wanted to induce labor at 39 weeks, a common protocol with high risk pregnancies. I was in labor for 14 hours and when my daughter Olivia was born, she was beautiful and very healthy. Her APGAR scores were very high. However, shortly after she was born, she experienced breathing difficulties (I wasn't told at the time that my daughter was born with her nuchal cord wrapped around her neck).

She would be admitted to the level 3 NICU in my hospital and I told my husband that he should follow our daughter to the NICU. I was suddenly left alone in a room, without my daughter or husband and I was terrified. In the early morning hours, I was wheeled down to the NICU to see my daughter. I can't remember much about that night but I know I cried endlessly. When I was brought back up to my room, I had a nurse that was very stern with me and told me that the best thing I could do for my baby was pump my milk. So, day and night, I pumped breast milk for my daughter. The next few days, I would spend all my waking moments sitting next to her in the NICU, holding her as often I could, and feeding her my bottled breast milk.

The doctors didn't know what was wrong with Olivia and said when they performed a swallow study, when she would drink milk, some milk would go into her lungs. They felt they weren't handled to assist Olivia further so she would be transported to Children's Hospital in Washington, D.C. This decision happened very quickly. My husband and I were on our way to visit her in the hospital and I had to give my verbal consent to have her transported.

When we arrived at Children's Hospital and I was even more terrified than I was before. I wasn't eating and I didn't want to take a shower until I finally had my daughter home with me.

Because of the medical terminology I was told by the NICU team at the prior hospital, I could inform this new NICU team what I was told and what the other doctors feared.

The nurses at Children's were the most incredible nurses I have ever met. They understood what we were going through and that visiting hours didn't apply to me. The only time I left my daughter's side was to drive home at night, get some sleep, and come back the next day.

I am a Christian and prayed day and night that my daughter was okay and a miracle happened: this mysterious lung issue, where some milk went into her lungs and as well as her stomach, disappeared. At Children's, they never saw this happened and performed extensive swallow tests and even put Olivia under anesthesia to examine her throat and lungs. Nothing was wrong with her!

I don't regret what happened with my first birth. However, because my daughter was in a NICU, I never got the hospital nursery photos that most parents received. I didn't give birth and have the privilege of having my daughter sleep in a cot next to my bed. I wasn't able to be wheeled out of the hospital, days after giving birth, and take my baby home with me.

My traumatic birth with Olivia caused me to fear any future pregnancies. I later conceived again and was terrified I would have another birthing experience like I had with Olivia. I was so worried my child's nuchal cord would get wrapped around his neck, like it did for Olivia, so I elected for a caesarean section. The reason doctor's provided to each other was "previous traumatic birth."

7 years later, I am very proud and happy to say that Olivia is incredibly happy and has never had any more hospitalizations and is doing so well. She has a sweet little brother named Blake, born two years after her. I wouldn't wish my NICU experience on any other mother but one terrific thing resulted from my NICU experience: I brought home a healthy, beautiful little girl and will always be grateful for the kindness and strength of the NICU nurses. The goodness and experience you provide does not go unnoticed! 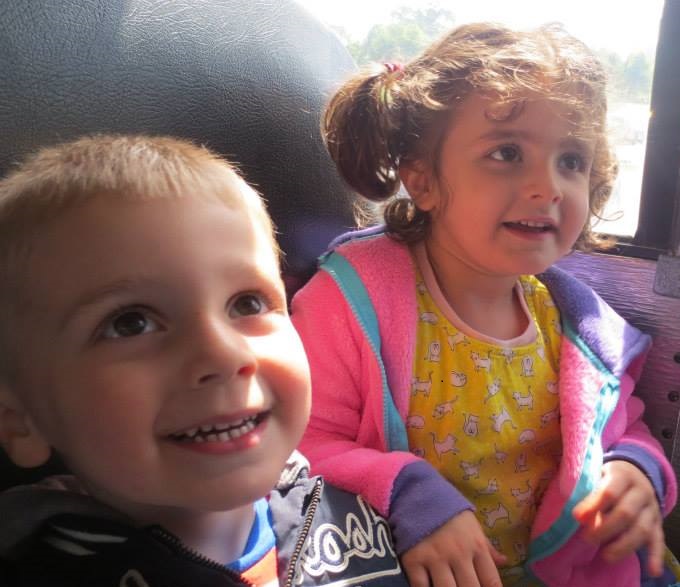 Full-time career and full-time mom. I never get enough sleep!