Senioritis: 50 Things You Didn’t Think Your Kid Was Dumb Enough To Do 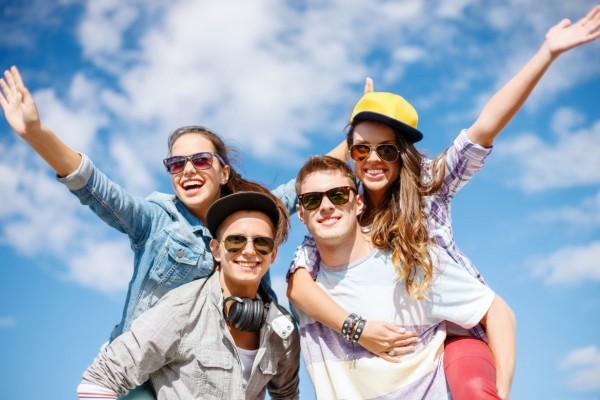 If you’re the parent of a high school senior then your kid has probably already been diagnosed with it. Our otherwise dedicated, motivated, tenacious children who worked so incredibly hard to get where they are today are transformed right before our very eyes.

They’re on the homestretch, the can actually see the finish line and yet, when we least expect it, they slow to a snail’s pace, completely lose their focus and act as if they don’t have a care in the world. It’s almost as if they’re in a heated competition with their friends, who by the way are fighting the same battle, to see who can care the least… about everything.

As the parent of two kids who crawled out of the last half of their senior year with the motivation of a sloth, I’m here to tell you, this is serious stuff.

According to the Urban Dictionary senioritis is a crippling disease that strikes high school seniors. Symptoms include laziness, and an over-excessive wearing of sweatpants, athletic shorts, and sweatshirts. It also includes a lack of studying, repeated absences and a generally dismissive attitude.

The only known cure is a phenomenon known as GRADUATION.

But, for those of us who have actually lived through it, we know… when your kid gets it bad, senioritis is much more than that.

After a very long, stressful and arduous three-year academic stretch in high school, kids inflicted with senioritis pretty much “check out.” They oftentimes lose their ability to think, study, stay awake, dress themselves and generally perform any routine task they’ve known how to do since they were three. They’ve been known to become totally apathetic, cynical and say the words, “I’m SO done,” four, sometimes five times a day.

It’s also important to note that the condition is highly contagious and degenerative. Once one gets it, they ALL start dropping like flies and the closer they get to graduation, the worse the symptoms become. In fact, some kids lose every ounce of common sense the last 30 days of school.

But, don’t worry. Thankfully, it all comes back (well, most of it anyway), after graduation.

If you’re the parent of a senior, beware. After polling a group of past seniors, here are 50 actual dumb things kids have done their senior year of high school as a result of the dreaded senioritis.

If your kid is driving you absolutely nuts these last few months of school, hopefully, you now have the comfort of knowing that you’re definitely not alone. But, let’s put this in perspective… senioritis isn’t SUCH a bad thing (unless, of course, it impacts your child’s future). It shows they’re ready to move on to the next phase of their life, that they’ve outgrown their environment and they’re ready to break free and fly. It’s a natural progression for most kids and maybe, just maybe, a (small) rite of passage after working so hard for so many years. Truthfully, (just between you and me), I’m somewhat proud that my kids knew enough to slow down and enjoy the view, their friends and life before they jumped into the real challenging years of college.

So, take it from all the parents who survived this “season” with our kids. Take it in stride, don’t forget to laugh and give your kids a huge hug… you may not realize it now, but you’re going to miss these days!

Class of 2020 - Marietta GA
Collared: To all the teachers and village members who make a difference — one book report at a time.
How My Son’s 2nd Grade Teacher Made Me A Better High School Teacher
advertisement

Class of 2020 - Marietta GA
Collared: To all the teachers and village members who make a difference — one book report at a time.
How My Son’s 2nd Grade Teacher Made Me A Better High School Teacher