Collared: To all the teachers and village members who make a difference — one book report at a time. 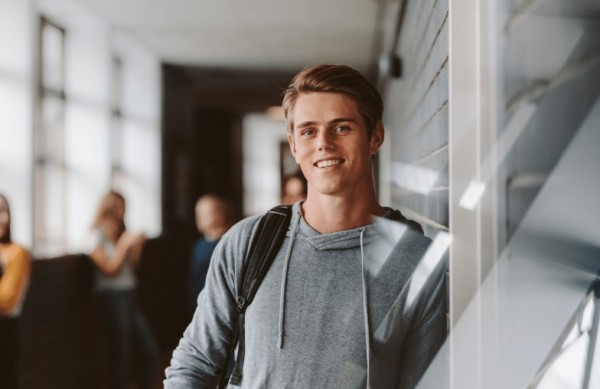 This week my wonderful aunt turned 90 years old. I called to tell her happy birthday and our conversation turned to a scene many decades ago.

My aunt was a high school English teacher for 26 years. She told me about a particular student, a senior, who was too cool to complete his assignments and dabbling in mischief. “You know how some teenagers take a circuitous path,” she said. He had failed to turn in his book report, and if he didn’t turn in this particular assignment, he would fail for the six-week grading period.

My aunt saw this student sauntering down the hallway and called out to him. He dismissively said he needed to go see his math teacher down the hall, but my aunt “collared him” and brought him into her classroom.

She told him “I’ve been teaching all these years. I haven’t had a student fail yet, and I’m not starting with you. So when you’re finished with the math teacher, come back to this room, sit down, and don’t get up until your book report is finished.”

The wayward student did, indeed, come back to her classroom to finish his book report, and he passed her class. He graduated and went off to Marine boot camp, which is by all accounts a grueling process that requires self-discipline and dedication.

My aunt told me that this young man later wrote his mom a letter from boot camp and told her, “If I hadn’t had Mrs. Jones for English, I never would’ve survived boot camp.”

I asked her if she remembered the young man’s name and she laughed. “Of course I do, Julie. That was John. I’ll never forget him.”

The reason I love this story is that, if you work with children or have children, you cannot underestimate the power of your presence in their lives. So many adults pass in and out of a child’s life from the time she is born to the time she launches into the world as an adult.

More often than not, these adults do not get feedback regarding the impact they have had. Not everyone gets a letter of appreciation that the lessons learned from begrudgingly having to do a book report led to the ability to survive boot camp.

I doubt I would survive a military boot camp, but I have had many other such “boot camps” in my life. Being forced to do something you don’t want to but have to do in childhood and adolescence really does matter.

The work ethic and grit our children develop now will lead to success in their adult lives when they have the book-report equivalent of a committee meeting or difficult work project they do not want to complete.

So in honor of my aunt’s 90th birthday, this week I want to thank all of the adults who have an impact in a child’s life, or in a teenager’s life. Especially a child who doesn’t have anyone who believes in him. Especially a teenager who’s too cool to turn in his book report.

If you are a teacher, thank you, especially this year. If you cross paths with a child or teen as a parent, foster parent, guardian, relative, coach, healthcare worker, boss, or youth leader, thank you, too. It truly does take a village.

Every time you cross paths with a child, you have an opportunity to make an impact, positive or negative, on his or her future. You plant a seed with each interaction, and the lessons they learn today will reap benefits in the adults of tomorrow.

Thank you for the lessons you’ve taught my own kids through the years. Know that when you “collar” them and make them do their book reports, valuable life lessons are learned. The next time they face something that is hard or something they don’t want to do, they’ll remember the lesson you stayed after class to teach them.

I told my aunt she should write a book with all of her stories, and she assured me that won’t happen, as she has read and written enough for a lifetime and graded enough papers for an eternity. But I thought that the story of the too-cool high school senior was too good to leave unwritten.

Why I Paid My Daughter to Not Do Her Schoolwork
Do you tell your child’s teacher they’re adopted?
Walk Away Know when to pull your kids closer, and know when to walk away.
advertisement

Why I Paid My Daughter to Not Do Her Schoolwork
Do you tell your child’s teacher they’re adopted?
Walk Away Know when to pull your kids closer, and know when to walk away.