Turning the corner: Embracing milestones during the pandemic

As I rounded the corner with my red cart (you know the one), they came into view. Just as they had for the past nine years, little open-mouth and mostly toothless grins of babies and toddlers called out to me from the squishy packs and bulky boxes. My reaction was Pavlovian: “I should probably pick up one more pack,” I thought to myself as the cart started to go down the aisle as if on autopilot. “You know, just to be safe.” But then I heard his little voice ring out in the back of my mind. He didn’t want to be safe anymore; he wanted to be brave. He wanted me to let him be a big kid.

When my eldest son finished wearing diapers, I celebrated with great enthusiasm. It signified another milestone met; my husband and I had completed this chapter of the baby-raising manual. And, not insignificantly, it also meant there was one less thing to buy each month. Now it was his little brother’s turn, but I was finding the transition truly painful.

He had said goodbye to daytime diapers two years ago, opting instead for his favorite dinosaur undies as he proudly entered his preschool class and learned the importance of lifting the toilet seat and taking proper aim. But his nightly routine still included pull-ups. Each evening I would marvel at his growing limbs as he stepped one leg and then the other into his Incredible Hulk diaper. “Hulk makes me strong!” he always exclaimed as he snapped the elastic band around his waist and ran around the room to expel the last of his seemingly endless energy.

When he turned five at the end of May, I knew it was coming. He started asking more regularly when he could wear undies to bed. At the time, I had an arsenal of excuses with which to push the diaper pail further down the road. “Soon, buddy. I know you’re almost ready,” I kept saying.

But it wasn’t him who needed to be ready. It was me. As a parent who typically welcomes each sign of my children becoming more independent, I struggled to let him cross over this threshold. It took me a while to realize why.

This year has pushed parents to our breaking point time and time (and time) again. As we try to navigate a world filled with uncertainty, illness, and strife, preserving our children’s well-being, not to mention their innocence, has never been more challenging. As silly as it may sound, some part of me looked at those diapers as protection. If he was still wearing diapers, he was a baby. If he was still a baby, I could keep him safe.

If nothing else, it was something I could maintain control of in a sea of uncertainty. During a time when so much has been lost, I wasn’t ready to lose the one thing that still tied him to being “my baby.”

But that’s the remarkable thing about our children. Even when we are stuck, they find a way to move forward. Over the summer I was out of town for work, and my husband said one night over the phone, “I told Griffin if he went a few nights with a dry diaper, we could try undies. I hope that’s OK.” I wanted to resist, but I knew he was right. It was time to let him be a big kid.

In the early days of this transition he would sometimes find his way to our bed, apologizing for “going peeps in my undies.” Usually too tired to change the sheets and send him back upstairs, on those nights I wrapped my hand around his little leg, now resting on top of mine, and I prayed for more time of him wanting to be this close to me. I also prayed the mattress pad wouldn't leak. Other nights, he succeeded with no accidents, and when awakening to his accomplishment, he’d be both proud and steadfast in his insistence that I not make a big deal of the achievement. It is, after all, just what big kids do.

And now? Well, it's hard to remember the last time he had an accident. He crossed over that milestone and never looked back.

That day in the store, I turned the corner – both literally and figuratively. I turned down a different aisle and didn’t grab the diapers “just in case.” I knew what having them in the house would mean for us both: a lack of faith. It would mean that I didn’t trust either one of us to move forward. And in times like these, it’s more important than ever to believe in the beauty of what lies ahead, especially for our babies and the big kids they’re becoming. 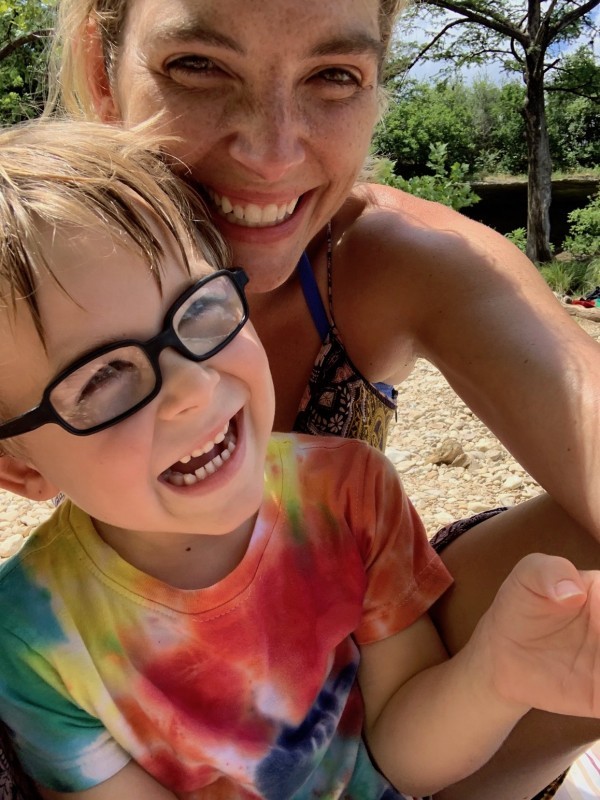 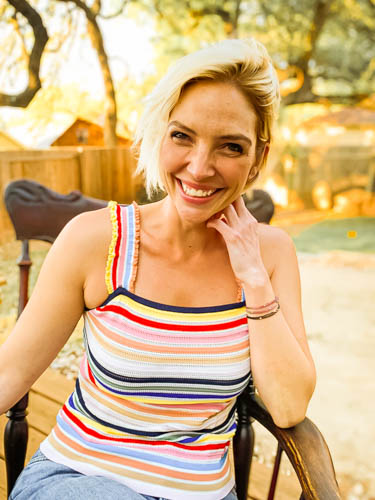 Kelly is a writer, TV producer, and digital content creator who lives in Austin, TX (by way of LA, by way of NYC, by way of Memphis) with her husband and two sons. Her work has been featured in The New York Times, Romper, Eater, Scary Mommy, and more. You can find her on Instagram at @onmyrocker.

4 Tricks for Big Kids to Bond EASILY With a New Baby Sibling
For the rest of my life, I will miss you.
The Birth Day ... Five Years In The Making
advertisement

4 Tricks for Big Kids to Bond EASILY With a New Baby Sibling
For the rest of my life, I will miss you.
The Birth Day ... Five Years In The Making