The Birth Day ... Five Years In The Making 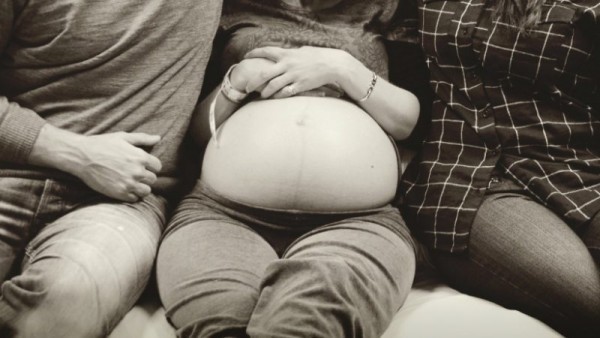 This was the day I had been picturing in my mind for years. It was the day I would bring a baby into the world for his parents. I couldn’t believe I had been given this honor. What a life-changing experience and an absolute dream come true!

My journey of becoming a surrogate started five years before, and now we were about to welcome this sweet baby boy into his family! While it didn’t go exactly as I’d imagined (as tends to happen with everything, right?), it was still the most beautiful thing I’ve been a part of in my life. 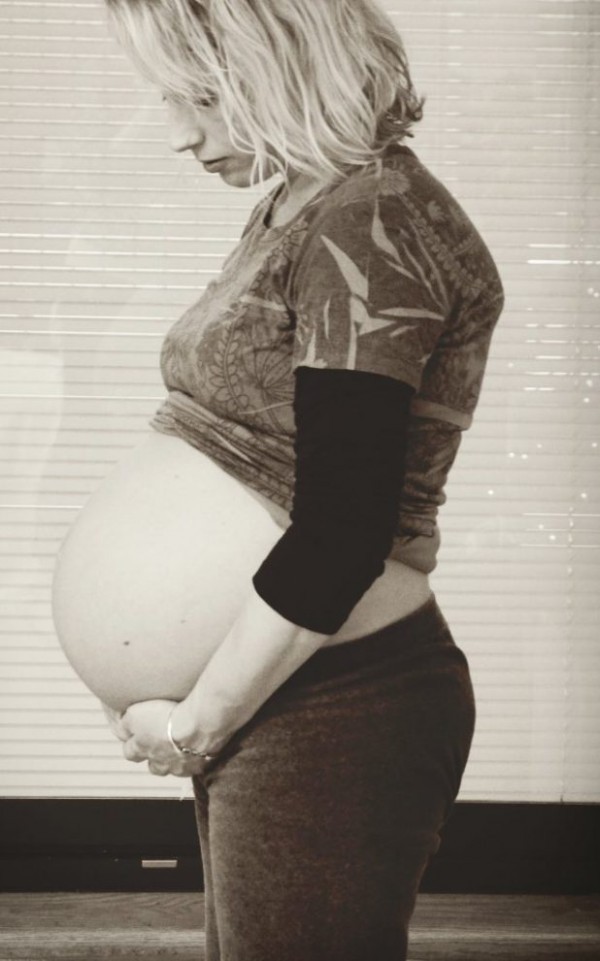 After 15 scary weeks of holding my breath and praying that I wouldn’t go into labor while on hospital bedrest, we had met our goal and it was time to prepare for baby’s arrival.

The week leading up to the birth day was … busy. I had blood drawn every day and my blood pressure was a little low, so that was checked more often than the normal 4-hour check, day and night. There was also paperwork and final preparations for the birth that had to be done.

When I’d envisioned the delivery, I’d assumed it would be a vaginal birth (that was my only experience with my boys) and the couple would be able to witness the baby being born, cut the cord and hold the baby immediately. I, of course, hadn’t anticipated a C-section. But, the baby had moved from head down to sideways in November, and had been content there since. So, as the weeks went by and I had tried everything I could to get him to move (with no luck), we started to accept that he would be born via C-section. We decided if only one person was allowed in the operating room with me, it would be the bio mom. But, when our doctor told us the bio parents and Jeff could all come in given the unique situation, we were SO happy! I desperately wanted them to have that beautiful “birth moment” when they saw their sweet boy for the first time.

A doctor from the NICU came down and explained to us what would happen after the baby was born. She even gave the bio parents a tour of the NICU so they knew what to expect. Our last ultrasound had estimated he weighed about 4 pounds, so we were hoping he’d be 5 pounds at birth. The biggest concern was his lung development. They weren’t sure if he’d be able to breathe on his own right away, being born 5+ weeks early as well as having incredibly low fluid for the last 15 weeks.

The bio parents and I were reading everything we could on C-section recovery, lung development at 34 weeks gestation and PPROM (preterm premature rupture of membranes) babies. They were also making their arrangements to be in Gainesville for several weeks and trying to prepare for a possible extended NICU stay.

Even with all the anticipation of the unknown, the day before his birth was actually relaxed and fun! The bio parents hung out in my room and we talked about this amazing (and pretty surreal) journey we’d been on together. We were definitely placed in each other’s lives on purpose. We agreed that God had his hand on our “match.”

My amazing friend, Allison, also came up to the hospital that day and did a photo shoot with us. (All the black and white photos I’ve used in the surrogacy posts are from that shoot.) It was such a happy day–we all were so thankful to have gotten past our goal and couldn’t believe it was actually time to meet little man!

Trying to go to sleep that night was a lost cause. My mind was in a million places. The anxiousness and excitement was like Christmas Eve! I remember having a long conversation with God as I tried to settle myself down.

The nurse woke me up 30 minutes earlier than expected and said it was time to shower and go to surgery prep. I was so excited! I couldn’t stop smiling. I wasn’t nervous or scared at all. The uneasiness about having a C-section was gone. I was ready, and I couldn’t wait for it to get underway.

I texted Jeff and the bio parents telling them to come to the hospital and meet me in pre-op. Everyone headed to the hospital while I showered and was taken to Labor and Delivery.

While I was in pre-op, a nurse (obviously new to our situation) told me the bio parents were in the hallway waiting for me, and I told her yes, the doctor was allowing them in the OR. She took that as me not wanting to see them right then, but I didn’t know that’s what she was asking. That was a terrible miscommunication that I wish I could erase. I wanted them to be a part of every minute of the day, but she told them I didn’t want them to come back in the pre-op area and they needed to respect that. Ugh. Thankfully, they knew me well and later told me they thought there had to be some kind of mistake on her part. That could have ruined our beautiful day, but we didn’t let it.

Jeff and the bio parents went with a nurse to put on their surgical scrubs, and I was wheeled into the OR.

The operating room was huge and cold, but as it filled with the doctors, NICU team, nurses, anesthesia team and medical students, it didn’t seem so overwhelming, and actually made me want to burst with happiness. I looked around and teared up. All these people were here to bring this sweet boy into the world. It was absolutely incredible.

My wonderful nurses helped me get situated on the operating table and the anesthesiologist explained what would happen next. I barely felt the epidural needle. I remember thinking the IV in my hand hurt much worse. They asked me several times if I felt nauseous, but I felt fine. Crazy numb, but fine.

Then, the bio parents were brought in. I wanted to jump up and hug them! We did it! We were here! Their baby was about to be in their arms! I couldn’t move so I just squealed and made a face I’m sure was a mixture of an excited toddler and a psychotic clown. I couldn’t contain the giant grin or the faucet of tears.

They were led over to my far left, near the NICU team. From there, they could see what the doctors were doing, as well as my face, and they would have a great view of baby when he was placed in the neonatal incubator waiting for him.

When the doctors started the surgery, everyone stopped talking and I could feel some light tugging, but no pain (whew!). I tried to listen to Dr. Gregg’s directives, so I could tell what was going on. I kept asking Jeff to peek over the curtain and fill me in. One of the nurses offered to take a picture for me, and she actually brought it to my room later that day! It was surreal to see my body like that –and I still look at that picture in awe. Wow. How is that even possible?

During the surgery, I was looking at the bio parents and then up at Jeff next to me, then back to the bio parents. I wanted to see their reaction when they saw the baby for the first time. We grinned at each other several times, and I could tell they were getting more of a view than they’d anticipated. (The bio dad later told me he saw what looked like “a pile of hotdogs” on my stomach. Good stuff.) When I felt several strong pulls on my tummy, I knew they were taking the baby out. I mouthed, “He’s coming!” to them and the tears started pouring.

As the doctor lifted him up, baby boy let out a strong, beautiful cry … and every person in the room gave a loud sigh of relief, with many letting the tears flow. He was here, and breathing, and to our surprise–chubby! He was over 6 pounds! His parents watched as the NICU team checked him over, and they kept telling me how perfect he was. We did it!

The bio parents and I visited and texted throughout the next few days and nights. I’d let them know when I’d sent some breastmilk to the NICU, and they’d check on me to make sure I was resting and recuperating, and give me updates on the baby.

Jeff wheeled me down several times to see them and Baby M. His blood sugar was a little low, but other than that, he was a perfect, healthy little guy! 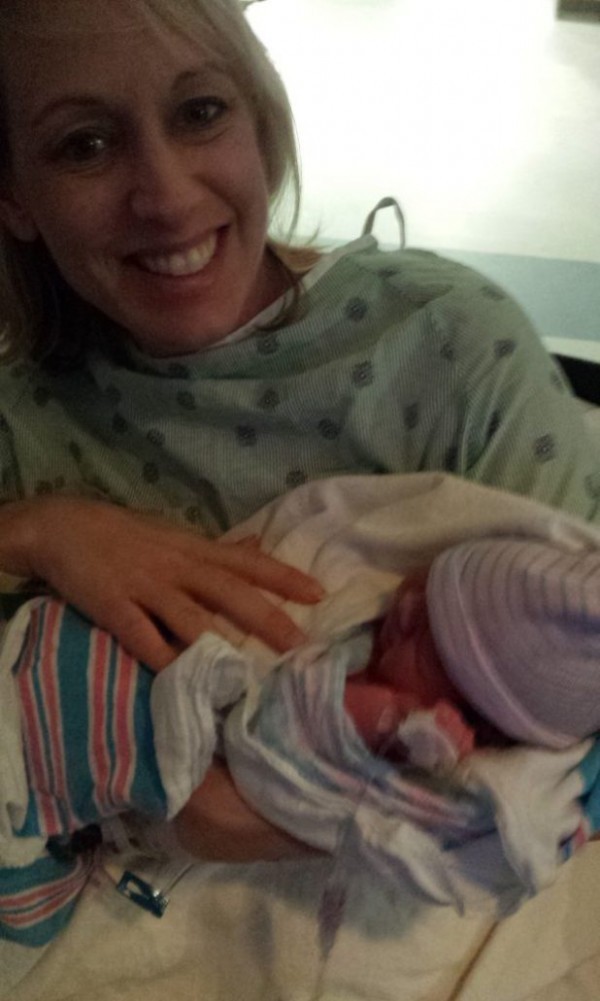 I was discharged on December 23, just two days after his birth. I was still sore and very puffy, but so happy! And baby boy was able to go home December 26! He defied all the odds … such a little miracle!

The next night we attended our church’s Christmas Eve service. I’m always emotional during this service — I can’t hear “O, Holy Night” or “Silent Night” without crying. And this time, as I looked down the row at my family during “Silent Night,” I bawled. Full-on ugly-cry bawling. (I’m sure the people around us thought something was wrong.) But, I couldn’t help it. We had done it. We had gotten through a crazy, tough situation. We had helped complete a family. And now, after three months away, I was home with mine. 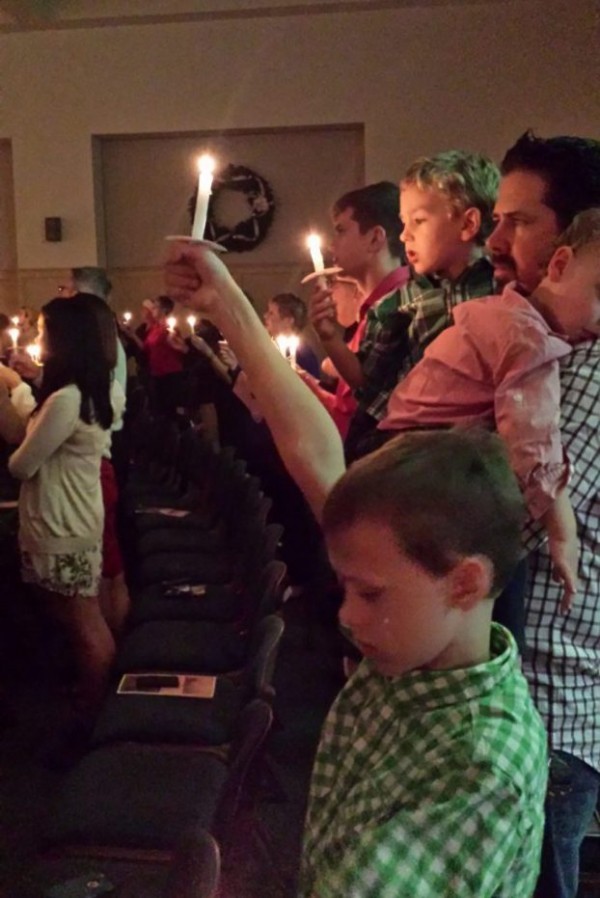 Avery Elijah
'It was 7 days that changed me forever': My preemie, five years after our time in the NICU
The 16 days the NICU saved his life
advertisement

Avery Elijah
'It was 7 days that changed me forever': My preemie, five years after our time in the NICU
The 16 days the NICU saved his life