Helping Kids Learn to Make the Most of Failure

I am a failure. I’m going to guess you are one, too.

We might not think of ourselves that way day in and day out because generally we accomplish what we set out to do.

Get the groceries. Make it through another Monday without throttling the boss. Put away the laundry. Care for the kids. Be there for mom friends.

All done. Competently, even.

But still, as competent as I look (mostly thanks to my kids and husband), I am a failure. A big one - because I think failing frequently and learning from it is one of the healthiest habits one can have. Failure isn't a bad thing!

I did not become the artist I thought I might be when I was young. I did not graduate from college as the music performance major I started as. I did not take my journalism career beyond the local weekly sphere. I have never had a piece published under my own name in a major magazine.

When I set out to live in Costa Rica for a year, I stayed for four months. My plan was to have kids relatively early and I had my first at 29. My relationship history? Abysmal. My tour jeté? Pathetic.

Things I am not: A novelist. Particularly well-traveled. Mother of four. Living in California. Living in Florida. Living in Berlin. Good at sewing. Wealthy. In the Air Force. Capable of sky diving. A model. A famous mommy blogger. Totally selfless. Under 120 pounds. A marketing exec. A central American property owner (except on paper). Paid to teach aerobics. Painting professionally.

Point being there are lots of things I have wanted for myself or wanted to do and haven’t accomplished. Probably never will accomplish – especially the steady 119 pounds because key lime pie is too darn good.

Maybe you don’t think about it much but chances are you have a list like this floating around in the back of your mind.

I should clarify that I don’t have any – or many – regrets where these things are concerned. In some cases, the emotional investment that was there once upon a time just isn’t any more. In other cases I can only guess I didn’t want X or Y or Z enough because I just plain didn’t put in the work. And in a third scenario, I was too afraid to try.

Too afraid to fail and because of that, I failed by default.

I have tried to communicate this with my daughter I’ll share it with my son someday soon. They need to know it’s better to fail spectacularly than to simply fail by not doing. It's so much better to try! 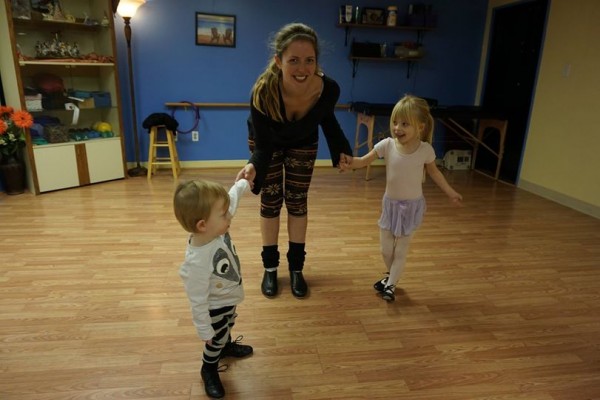 Fear of failure is only natural but it’s also stupid in this world of short attention spans. You try, you fall short, and you move on to the next thing and in short order everyone else has moved on along with you.

It only feels as though failure will be with you forever – something I, as the kind of person who will randomly hyperventilate in the nighttime darkness thinking of some mistake I made long ago, can certainly appreciate.

And there is nothing wrong with doing things you aren’t great at or not doing professionally, either.

Ultimately the sting of failure fades. In some cases, trying and failing and trying again can actually earn a person the kind of respect they need to finally get ahead. Someone has to play in the minors, right?

I’m still not entirely sure how to help my children understand that over a lifetime they will fail to get the brass ring many times but be no worse off for having reached out for it.

But you can bet I’m going to try.

Summer Learning: Failure is Success
To The Mom Who Feels Like a Failure: A LOVE LETTER
Together in the arena: None of us are alone!
advertisement

Summer Learning: Failure is Success
To The Mom Who Feels Like a Failure: A LOVE LETTER
Together in the arena: None of us are alone!