Published by Jenny Albers on December 3, 2018 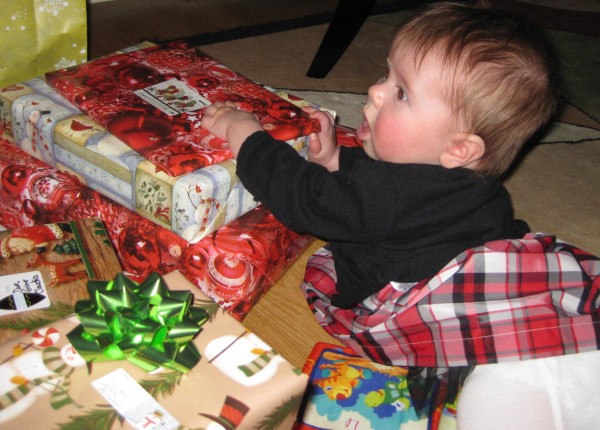 I spent the first few Christmases after becoming a mother going way overboard, buying too many toys. It was all so cute. The tiny kitchens and talking animals, the cuddly teddy bears and pretend appliances. I couldn't resist the cuteness, especially when it was all on sale.

But as our house became a wasteland of broken and neglected toys, I made an effort to tone down the Christmas spending. To rein in the gift giving and stop buying my kids a crapload of toys.

This year I made the decision to buy each kid one toy for Christmas, which I purchased a couple weeks ago and have now stowed away in the abyss of my closet.

But while I was out shopping a few days ago, I was tempted to buy just one more.

There it was. A beautiful Barbie at a bargain price. A Barbie that my daughter had pointed out a while back, before either of us had started thinking about Christmas. I remember how she admired the “most beautiful Barbie ever” as she held the pink box in her hands.

As I stood in that same aisle weeks later, admiring that same Barbie, I imagined how excited my daughter would be to find it underneath the Christmas tree.

But just as I picked it up, I suddenly remembered the Barbie that's been getting trampled on the floor of my car for at least a month now. And the other one whose grave was made on the floor of my daughter's bedroom closet after being stomped on, her neck snapping like a twig.

And my daughter's reaction to their unfortunate fate? Nothing more than a shrug of her shoulders.

Because toys don't fill my kids up. They don't fill any of our kids up.

A few toys? Great. A few hundred? No thanks. It's not good for any of us.

Because we weren't meant to be filled up by things that don't matter, which is pretty much anything that this world has to offer.

We were meant to be filled with the peace given to us all those years ago on the very first Christmas. And while there was only one gift that year, it's outlasted every other gift that's ever been given. Because it was a gift that mattered. The one thing we needed. The one thing that could never be replaced.

That gift was a baby wrapped in rags, stripped of any sparkle and shine. And yet, that baby was the one gift that would never lose it's luster.

The gifts that sit under the tree are entertaining and are certain to bring smiles to my children's faces. But those precious smiles will fade and those shiny gifts will become dull. It's fun, for sure. The lights and the sparkle and the music. And the toys? They provide a few minutes of pure, unadulterated joy. But then it's over.

I hope my kids remember the fun, the atmosphere, the gifts, the excitement.

But I also hope they remember the true meaning of Christmas and the real reason for our Christmas joy.

And maybe, just maybe, receiving fewer presents from me will allow them the space to know the greater presence of God.

And if we can all be in God's presence without tripping over a crapload of toys? Well, that's even better.