When my daughter was the odd girl out

High School Graduation Day was beautiful. The sun was shining and there was happiness and excitement in the air. I had tears in my eyes when my beautiful daughter posed in picture after picture with her beautiful friends. The smile on her face was worth all the money in the world to me. Her senior year had been filled with love and good times, as it should be. I appreciated this so much because it wasn’t always this way for her. Socially, there were a few very difficult years in high school.

It did not start out that way back in middle school, or even elementary school. My daughter seemed to be one of the “queens of the school”. I don’t know if I would call them “mean girls” but that is what they may have looked like to others. Most of them were friends since they were little girls and they were cliquey. They even gave their little group a name, which I won’t embarrass anyone by mentioning here.

Even the moms were like this, myself included. How we justified their clique was by saying that it didn’t matter what others thought, they were nice girls who were always good to each other.

My daughter walked into the first day of high school secure in her friendships. She had a good lunch table to sit at, friends in classes, and her social schedule was booked solid. She was flying high. Her little world was never going to change. 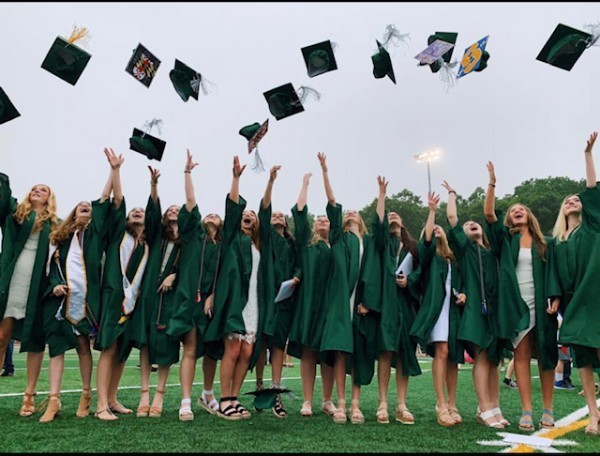 Slowly there were small signs that things were unraveling. There were new girls added to the group who were not so nice to my daughter and a couple of the other girls. Where my daughter once had a constant stream of invitations for plans, she was now having to be the one to reach out. When she did reach out, a lot of the girls were suddenly busy with other things.

I would never sit back and say my daughter was perfect. She wasn’t. One of the other girls in the group was dropped first and my daughter saw and let it happen. My advice to her was to stick with the girl who was dropped. She had always been a good friend and if the two of them had each other, they could make new friends together. She did not take my advice. She tried to hang on to these girls who she somehow still thought were her true friends.

After a while, she saw that this was a lost cause. By the end of freshman year, she and yet another girl, who she considered her best friend at the time, were out of the group. But they did have each other, became close with a new girl, and the three of them were stuck together like glue all through sophomore year. She was doing ok. They say you only need one or two close friends, right?

Over the next year, my heart pretty much broke for her every day. She stayed home often and, although she is not one to always open up, would occasionally cry to me that she had no friends. This was so hard for a mother to see.

What makes everything worse is social media. It’s bad enough to not be invited to things, but to have to witness her old friends having constant fun is almost traumatizing.

The only silver lining was that she had plenty of time to do her schoolwork. She had dreamed of going to a particular college, and she put her energy into working her ass off to get in.

The summer before her senior year, she took a job working at a day camp. Coincidentally, there were some other girls from her school who worked there. She had never been friends with these girls before. They were nice to her, and she began spending time with them.

As senior year began, she became woven in with these girls and their friends, one of which was her old friend from elementary and middle school, the one who had been the first girl dropped from the clique back in freshman year. My daughter now freely admits her big mistake back then.

The two of them gained their friendship back, and she found a new wonderful group of girls. Throughout her senior year, she had lunch plans, went to parties, and had close friends she could talk to. I hadn’t seen her that happy in years. I was overwhelmed with joy for her.

Ten months later, as I watched these girls graduate, I was a proud mom. Not only because she did get into that dream college, but because she learned the meaning of true friendship. It was a very rough road, and it took a while to find them, but she is going off to college knowing what good friends are. And aren’t.