I heard a disturbing story recently from a friend, and I can't seem to get it out of my head. It went something like this ... the camp buses were leaving for an overnight camp in the Midwest, and one Mom somehow had access to get on one of the buses before departure. She literally managed to rope off (save) an entire section for eight 11-year-old girls. She stayed on the bus while the "Chosen 8" boarded and sat in their "designated" seats. Another girl, a new camper, got on the bus, who was the same age, and asked if she could join "those" girls. The Mom responded: "I'm sorry, but it's reserved" and then she got off.

The clique had been formed and there was no room for "intruders." (I'll get to that Mom a little later...)

The new girl, let's call her Sarah, had been given three simultaneous messages: 1. You are not invited. 2. You are not good enough. 3. This is "The Group" -- and you are not part of it, so don't even try. 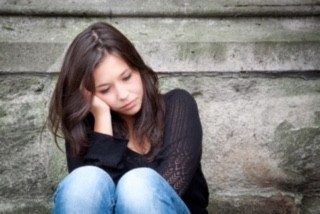 One of the main reasons I started my blog GIRLilla Warfare ( www.girlillawarfare.com) was because of the overabundance of Middle School war stories that I had been hearing from so many moms. Same story, different players. And I hate to say this, but the root of this particular social evil, is usually (sadly) initiated by a group of Moms. One of our GW writers pointed out in another blog, that those Moms decide who is IN and who is OUT. It is political, and it is what we at GIRLilla Warfare call "Suburban Social Engineering" which ends up causing many children deep, unnecessary pain.

Don't get me wrong. Many kids choose to be with whom they feel most comfortable, and that's totally acceptable. It's the piece in which the Moms not only helicopter but also patrol kids' potential friendships that I'm focusing on here.

One Mom shared a story about how her daughter is best friends with a particular girl in her overnight camp, where they spend eight weeks together, inseparable, but when school comes around that girl "drops her daughter" because she is considered on the fringes of "The Group" -- not an insider. The message that girl is getting is similar to Sarah's, just the next step up: You are good enough for the summer, but not during school. See ya, in July.

What does a 12 year old girl do with that? What does her Mom do with that, who happens to be friends with the other girl's mother?

Does she tell her?

I'm sorry to break the news, but that Mom already knows. In fact she called the "dropped" girl's Mom to say (and I paraphrase): My daughter is having a party next week, and I just want to give you the heads-up that your daughter is not invited because she is not close friends with the other girls. You understand, right?

Another scenario that I personally witnessed a few years ago was a close friend's Middle-School daughter had organized a group to go "Trick or Treating" and was very excited about it. Two weeks before Halloween, however, another girl in her class (with whom she has no problems) decided to have a party and invited every girl in that group but THAT particular girl. In short, the girl who organized the "T or T" was left alone, with no plans for Halloween. Her friends, however, all went to the party, and not a single mother of those girls said, "Hey, my daughter has plans with X, can she come too?"

The problem I told my friend (whose daughter was dumped) is that all those moms were just so happy (relieved) that their own daughter was included that they were "afraid" to go to bat for another kid. I know many of you might not agree with me ... but I believe in scenarios such as this one, as a Mom, you can and should "stick up" for another child, and make that call on his or her behalf. The actual Mom of the kid (in the Invisible Book of Middle School Protocol), unfortunately, cannot do it, but YOU can do it for her.

I know we all wrestle with the same question at various points: Do I call? What will be the consequences for my kid if I do?

Two years ago, my eldest daughter was graduating from eighth grade. I was literally so sick of hearing these stories of kids around town being left out in a "brutal" way. Let me just interrupt myself here and say that these actions are not exclusive to my community. Not by a stretch. It occurs nationwide, suburban-wide. So if you live in my town, please note, I'm not singling you out. Anyway, I decided to take a drastic step. I contacted a friend and said, "I know this is crazy but let's invite the whole damn class for a graduation party. We can have it in my backyard. Why not?"

And so we did. We sent out flyers and passed them around in the lunchroom. We hired a high school deejay and set up a movie in the backyard, and nearly every mom in the class sent something to my house -- four full tables filled with desserts (the local Fire Department LOVED the leftovers). And there it was: the "popular" kids, the theater kids, the goth kids, the athletes, the mathletes -- every type of "group" was united in my backyard and it was a mingling like I'd never seen before, and probably will never see again. I received at least 10 calls from various parents, saying, "Thank you, my son/daughter has not been invited to a single party his/her entire junior high experience. (That made me cry inside -- imagining those children scrolling through all the social events they were NOT invited to, courtesy of Facebook).

But here's what really came out of what I call an "umbrella" party. It had a Domino Reaction. A friend called and said, "You know, I heard about your crazy party. You're nuts. But ... I had actually invited six boys to my son's birthday party in a few weeks. And after hearing that you included everyone and how great it was, I made calls and invited the other five boys in his class that I had initially left out."

There were at least three other parties that "inclusion" became the theme. Not everyone can throw a bash for 150 kids. It wasn't the party; it was the message -- TEACH YOUR KID BY EXAMPLE TO INCLUDE. I can't even begin to tell you what that does for a shy kid to get an "unexpected" invitation. The impact is a game changer for that child.

There's another crucial piece I believe that falls somewhere in the Being Left Out category -- much further down the line, and truly serious. Teen Suicide. There have been a spate of young suicides in the Chicagoland area in the past several months. Some causes have been attributed to too much pressure, bullying, homosexuality, girlfriend/boyfriend problems, and eating disorders.

Middle School and High Schoolers have to deal with a lot of pain -- rejection, particularly -- as they try to forge their own identities. We as parents need to help give them the necessary tools when life feels so dark. We need to be on the lookout if we see kids we know drastically changing -- going from happy to morose. We need to listen hard, if we hear (as I recently did) from our own child that a friend of hers/his is cutting themselves. Be on the look out, and don't be afraid to make That Call to a parent or a close friend of that parent expressing your concern, even if you feel it's not your place.

This is, in my opinion, the true "Neighborhood Watch."

I learned from a very young age that making The Call makes all the difference. I was in 7th grade and my younger brother told me that his friend was being abused by his Dad, but made me swear not to tell our parents because they knew the father. So I honored my brother, but I did call the school anonymously and told the principal what was happening. The principal took care of the situation, and that father was later arrested for child abuse.

My point: Make the damn call. If you see a child being left out, bullied, or worse, and you know about it -- don't be afraid to stand up for someone else's kid. You can always use anonymity and call the principal to get the ball rolling.

I don't mean for any of us to become "Gladys Kravitz" -- and I know sometimes not minding our own business backfires, but my personal philosophy is Better the Call Than the Consequences.

That Mom on the bus with the social "rope" should be ashamed of herself. Sadly, the only time she will ever really know how "it" feels is when her own kid is left out. And don't be misled, even the most popular of girls and boys get "dissed." No one gets by in life scot-free.

I am not a shrink, and my advice is only opinion and personal experience. But perhaps the most important lesson to teach and show by example to our children is the oldest and goldest one of all: Do unto others as you would have others do unto you."

And then, my friends, let's see how the cards fall ...

Lisa Barr is the editor and creator of GIRLilla Warfare, and the author of the award-winning novel "Fugitive Colors" - www.fugitivecolorsthenovel.com. A version of this post was published on the site IEatBitchesForBreakfast.com.

Slut-Shaming: Teach Your Kids NOT to Call Girls the S-Word
Why I Always RSVP "Yes” to Kids Parties
I encouraged my daughter to Bully (back)
advertisement

Slut-Shaming: Teach Your Kids NOT to Call Girls the S-Word
Why I Always RSVP "Yes” to Kids Parties
I encouraged my daughter to Bully (back)