My son asked me to play with him on the jungle gym. Here's what happened next.

Published by Becca Carnahan on December 1, 2021

“Mom, let’s race around this climber!” Jack hollered over his shoulder.

I could think of about 14 reasons why I shouldn’t race around this climber, including my age, skinny jeans, and fear of falling, but I ignored my better judgment and took my less-than-limber body over to the structure. 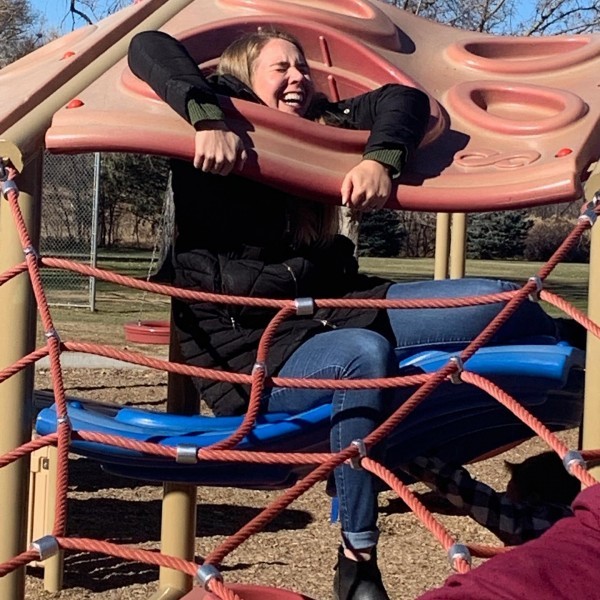 My legs, long and unbending. My hips, childbirth-sized. My pride, greatly injured as I flailed about.

Eventually, I made it to the top, but unfortunately, that was not the goal as my six-year-old was now halfway around the circular death trap and looking to see what was taking Old Lady River so long.

One by one, the rest of my family noticed my lack of progress and began wheezing with laughter. None of them were providing helpful advice on where to put my feet next, but they DID stop to take photos. So there’s that.

Someone came to my rescue though. Coach Gryff.

Four years old and clad in a brown Team Gryffindor sweatshirt, Coach Gryff came flying up the rope spider web and looked up at this giant creature blocking his path. He wasn’t scared of the adult cry-laughing on the structure. No, he decided I just needed some coaching.

“You could have taken the stairs,” Coach said before realizing what was done was done.

“Put your foot on the rope,” Coach suggested.

“Give it up, Bec!” my dad called from down below, helpfully.

“I’m getting there,” I yelled back, “this kid is helping me.”

Another roar of laughter from the peanut gallery.

“You could put your foot there,” Coach suggested.

I could not unfortunately because my size 11 boots were made for walking, not scaling playgrounds clearly marked for ages 5-12.

Technically NEITHER of us should have been there.

“I think I need to go back that way,” I told Coach as he silently judged me.

Gryff shrugged, jumped off the ropes, and ran back to Hogwarts, never to be seen again.

He’ll live on in my memory though, as the Coach who showed up when he was needed most and stuck around through hard times.

May we all be a little more like Gryff. 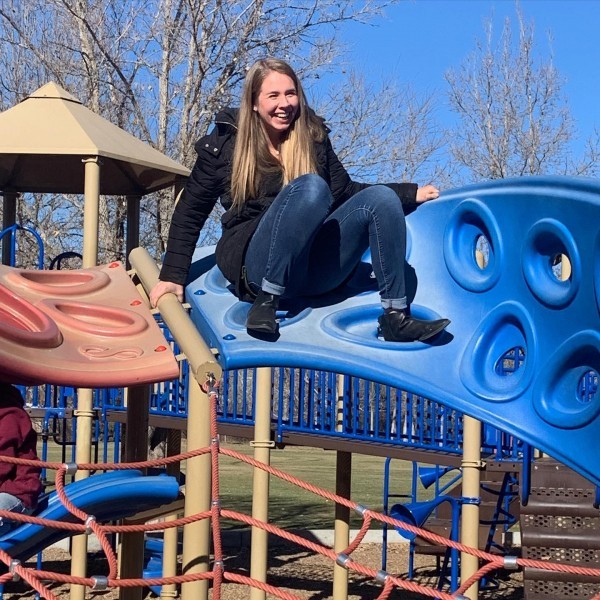 Who Names Their Kid Ya-Ya?
Why Should The Kids Have All The Fun!?
The unwanted baby grew into the invited teen
advertisement

Who Names Their Kid Ya-Ya?
Why Should The Kids Have All The Fun!?
The unwanted baby grew into the invited teen