Why Should The Kids Have All The Fun!?

Published by The Military Spouse Coach on October 4, 2021 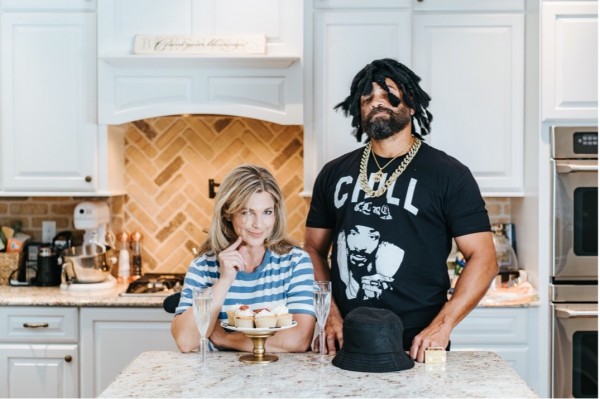 Can You Guess Who We Are?!

Yup, you guessed right. We are Martha Stewart and Snoop! How fun is that?! And we are even from the same state.

Everyone in my family knows I love Halloween. I love apple cider donuts, every color of mums, and intricately carved jack-o-lanterns. I love my childhood memories of walking around my neighborhood with my friend Suejin and our dads standing at the end of each neighbor’s driveways. I remember my mom making my Hershey Kiss costume out of foil and hula hoops and I decided early on in parenthood that some traditions like passing out full sized Hershey bars vs the minis must go on. I even whisper to the trick or treaters that Hershey is my maiden name and to come back after trick or treating to make s'mores in the backyard fire pit with the leftover bars. 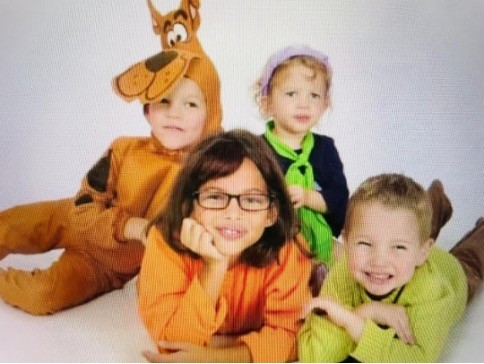 And even though I go all out I’ve never been much of a DIY costume mom or claim to be eco-friendly, but I did want a theme Halloween. The family costumes had to match, right!? I admit I was proud when we went to Halloween party and my youngest daughter won a life time supply of candy corns for enthusiastically guessing there were a gazillion and her humor out won accuracy. I have never eaten so many candy corns, but I’m still not burned out.

My oldest daughter was extra excited one year when I suggested she be my favorite story character Pipi Longstocking, and her new one month old baby brother that “wasn’t disappearing from her spell” was just going to be a monkey. She especially loved that part of her costume was a bag of gold coins that I helped her eat all day long. Another year my one son was obsessed with cars so I “encouraged” them to all be race car drivers because I just knew he wasn’t going to budge when I suggested they be Willy Wonka characters. 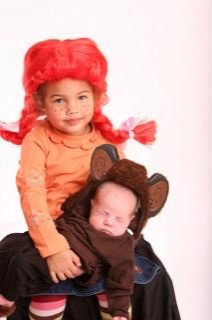 Each year around the end of September you could find me wracking my brain for ideas (thank goodness there was no Pinterst back then). I mean I had no idea what was for dinner, but I had a brainstormed costume ideas list. The kids would see mom’s wheels turning and were such good sports when I rolled my eyes when one wanted to “do their own thing” and said, “no, no, you could all be the wizard of oz” and we would finally land on themes that aligned with their favorite show of the year like Scooby-Doo or Power Rangers. In hindsight of my obsessiveness, they were really good sports about it. 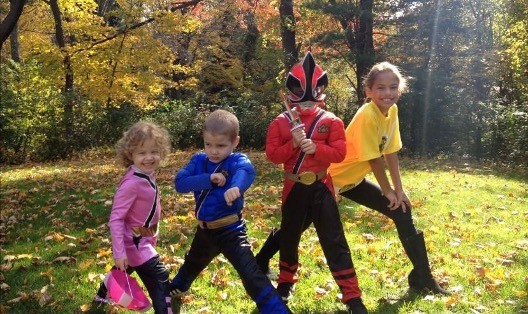 This is the first year that my oldest is off to college, so we need to brainstorm over the phone and I think I convinced her to be Meghan Markle even though she is too far away for us to carve pumpkins into intricate faces. At least I sent her a care package filled with popcorn, Reese’s Halloween pumpkins and ghost patterned striped knee socks for her and her roomie. So I had to face the fact that she’s not flying home to trick or treat and I probably can’t convince the other three to dress up like rock, paper, and scissors at the age of 12, 13, and 14 so I decided it’s the year to make my batty grinch spouse to dress up with me and yes, “We have to be a theme” I explained and handed him this year’s costume before he even had time to roll his eyes. It used to take lots of convincing to even get him to put on a cowboy hat while he answers the door to trick or treaters in the same town he teaches third grade in. But this year I said, “Come on, why should the kids have all the fun” and he finally agreed to dress up with me this year. I'll go buy the Hershey Bars. 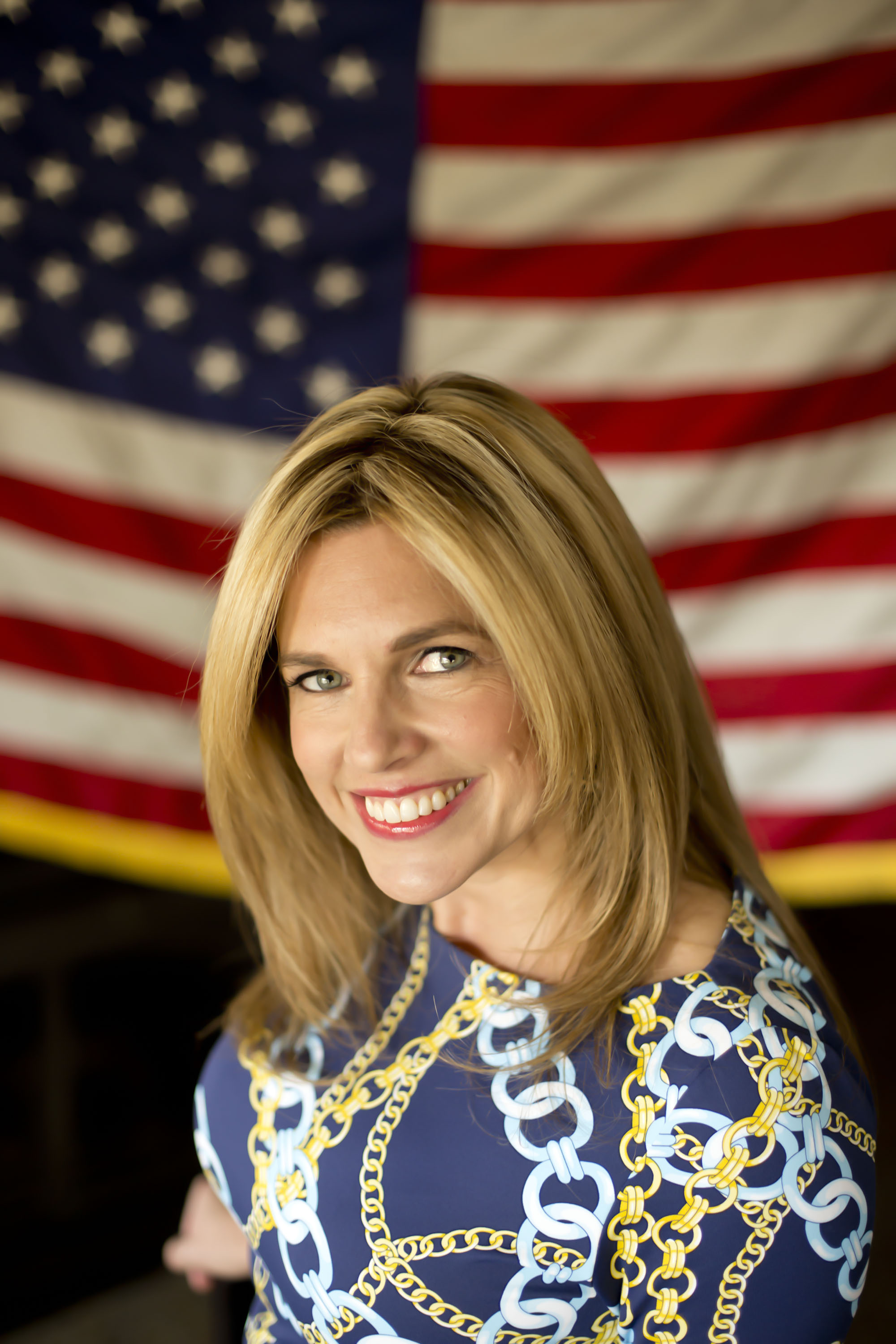 The Military Spouse Coach
> See my posts
> Visit my blog

I'm Krista Wells, PhD, The Military Spouse Coach; I help military spouses find jobs they love while balancing work and military life. I am a career coach eager to help anyone that is ready to redefine their career (and their life). I have my PhD in Industrial-Organizational Psychology and I am a certified career coach with the International Coaching Federation (ICF). I live in West Hartford, Connecticut with my husband, a retired Marine, and my four kids. www.militaryspousecoach.com

The Healthy Halloween Candy Your Kids Will Love!
Let The Teens Trick or Treat
This Year, Trick or Treaters Must Pass Through my Technological Fortress
advertisement

The Healthy Halloween Candy Your Kids Will Love!
Let The Teens Trick or Treat
This Year, Trick or Treaters Must Pass Through my Technological Fortress