The unwanted baby grew into the invited teen

Published by Eleanor Howard Writer on May 10, 2019

When my son was less than 6 months old, (he’s nearly 17 now) my husband and I visited a prominent church in our city. I was new to the area because right up until our son was born, we lived 2 hours apart because of work.

I hadn’t been out with our new baby that much since he came into the world, so it was nice put on a dress again and show off our handsome boy in a new environment. I fed him before we walked into the vestibule and our little nugget was in a deep sleep from milk coma. He was in his car carrier, heavy, blue eyes darting underneath paper thin lids, while his cheeks moved in rhythm as his mouth pulled on a pacifier. 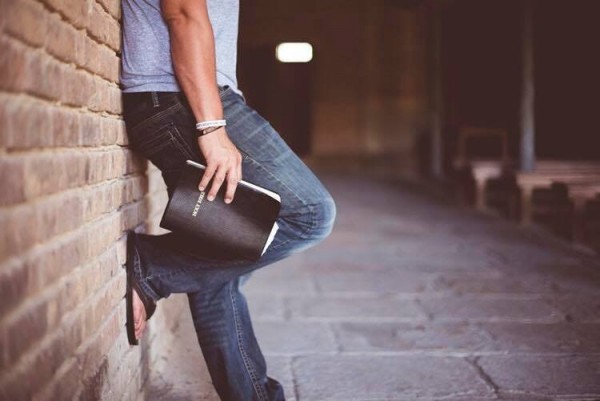 We were met by several people wearing greeter tags and passing out bulletins. They smiled and nodded and welcomed us until my husband re-positioned our son’s carrier on to the opposite arm. My promise to you, dear reader is that the next sentence is absolutely true with zero exaggeration. An elderly man stepped in front of us, held up his hands in a defensive, blocking manner and said “No babies. No children.” We were so stunned that for a few minutes absolutely no words came.

We just stared at him in disbelief. Another older woman, noticing the exchange suggested we deposit him in the nursery. Deposit. “He’s asleep,” I offered when I found my voice. “He’s just eaten.” I looked down at him in the carrier and couldn’t understand why I was justifying my son’s dietary and sleeping schedule to these strangers and yet there I was. My husband spoke then. “Our son is new to us and we’re new here so if you don’t mind we’d prefer to keep him with us.” Both the man and woman vigorously shook their heads. “No, not here,” the man said. “Go outside and around to the side. You’ll see a door that leads to the fellowship hall. That’s where parents go that don’t want to send their children to the nursery. You can watch the service on the television. We’re televised.” He said those last two words with a car dealer smile. With that, the lady held up her hand and arm in a gesture that suggested we find ourselves moving towards the exit.

My husband said, “Let’s GO!” rather curtly and led me outside. He moved me in the direction of our car, but I stopped on the sidewalk and said, “We’re here. We’re already out. Let’s just watch it from the fellowship hall.” “We could watch it at home!” The frustration in his voice was obvious. “Not that I’m going to watch it after the way they treated us!” I looked at him. He sighed and rolled his shoulders.... “okay, c’mon.” We stayed. We watched the service from a cafeteria style room filled with white 6-foot long tables.

We never went back to that church. We explored other churches and found one that worked for our family. But, I want to tell you about a special Sunday just before our son’s 17th birthday. Our son along with his high school’s advanced band ensemble has been asked to perform by the very church that asked us to leave. He is to play the drums, like the little drummer boy he is and make a lot of noise for The Lord. On television. I can’t wait. I sit here in awe of God’s miraculous world and His mysterious ways.

Coming Home Brokenhearted and Empty-Handed
Heaven help us!
How My Son Being Sick Gave Me a New Perspective
advertisement

Coming Home Brokenhearted and Empty-Handed
Heaven help us!
How My Son Being Sick Gave Me a New Perspective