Why We Need To Support Each Other In Motherhood

Published by Danielle Sherman-Lazar on November 8, 2019 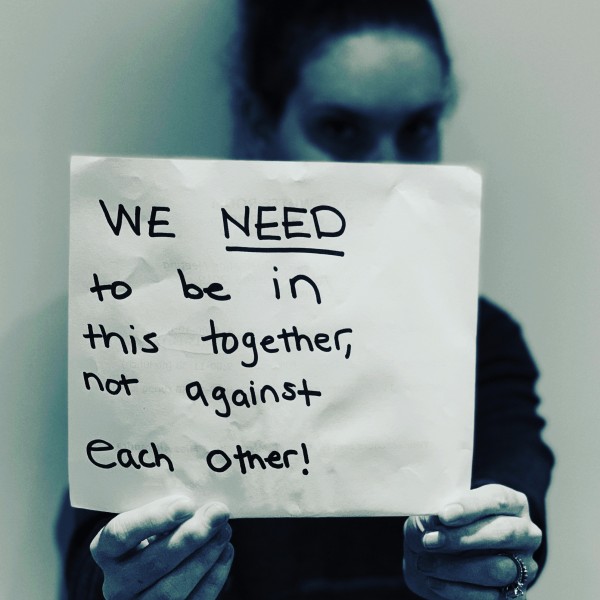 Parents, we shouldn’t have to use excuses with each other when we all know how hard this whole parenting thing is. Parenting would be hard in a perfect world, but we are in a not-so-easy world that complicates things.

We all have valid reasons for why our kid hasn’t met a milestone.

Maybe you just had another baby.

Maybe you’re going through a bout of depression.

Maybe you just moved, and your child experienced so much change-- and you don’t want to overwhelm her with one drop more.

Maybe your other child is having trouble at school, which made you delay helping his sibling.

Everyone is more alike than we know. We all have stories. We’re all fallible and doing our bests. So, let’s make it so we feel like we can cut the excuses.

If she’s late to something, instead of getting on her case, or rolling your eyes to Jane across the room (Jane, we see you snickering), you should:

Remind her that she has a lot on her plate and shouldn’t be so hard on herself—we all do.

Remind her that we’re all imperfect. That your child loves mini muffins for breakfast, and most mornings, you let him have them because it's not worth the fight.

She won’t be walking down the aisle in a diaper.

He won’t be in his college dorm with a pacifier.

She won’t be graduating high school and celebrating with a bottle of warm milk.

She won’t be attending Harvard because she crawled first.

On his job resume, he isn’t putting down the age he potty-trained.

My point: Let’s give each other as moms’ grace because we should be in this together, not against each other.

And let’s face it, our kids will be who they are supposed to be, as long as we love on them.

Friends don't grab and hurt each other
On Raising A Kind Person, Not A Kind Man
The Challenge of 'Too' Parenting
advertisement

Friends don't grab and hurt each other
On Raising A Kind Person, Not A Kind Man
The Challenge of 'Too' Parenting