Uncovering my nitty-gritty details of infertility and miscarriage

Published by Inconceivable on April 22, 2019

I wouldn't have thought I'd be exposing my privates to the world. It's National Infertility Awareness Week, so I figured people should get to know their friends or family members better. Yes, infertility affects 1 in every 8 couples trying to conceive (in some countries 1 in every 6). Think about it. That's a lot of people. Infertility can affect anyone, regardless of race, religion, or economic status. So whether you are aware or not, you are somehow connected to someone who is going through or has gone through fertility struggles. There are articles about infertility, even some TV shows and movies mention it, but most don't really go into detail.

I'll save you the Google search: By definition, infertility is the inability to conceive children. In reality, it's more complex than that. So I thought it would be a good opportunity to really uncover infertility. What actually happens? What do people actually go through? The short answer is A LOT. It would be an exhaustive post had I put everything here. So I will break it down to parts, focusing on a different aspect each day of this week. Hopefully. It's still difficult putting it all out there, but I know there's at least someone out there who might read this and benefit, maybe someone going through infertility, maybe someone who's that person's friend or boss or mother.

Each human being is different, with different experiences and given set of circumstances. As one who's experienced infertility and secondary infertility, I am by no means a medical expert, but I am an expert on myself, and surely this information will resonate with many and give others just a glimpse into this world many know nothing about.

I'll start here with the Label. Being labeled as "infertile" is tough, it's like I'm unable to do what nature intended. So I feel like a freak of nature. It's like the complete opposite of a super power. Especially the label of "unexplained infertility," which basically means everything with the couple is in working order, and yet conceiving is not possible. It's embarrassing, frustrating, and discouraging. As a bonus super-un-power, my husband and I are labeled as having "unexplained secondary infertility", which is pretty much like a nice technical term for being completely baffled by the fact that everything's in working order, there's proof (an actual child), and yet conceiving [again] is not possible.

I grew up in the '80's and '90's learning about how babies come into this world through the typical streams of information at the time: Friends, TV, movies, and sex education class. In retrospect, none of these sources provided me with the complete facts about conceiving. Most of this information bluntly stated that unprotected sex will definitely lead to pregnancy, or sexually transmitted diseases. Or both. It was the 1990's combination of delivering intimate information modestly (by not revealing any details or graphic images), and by instilling fear, all aimed at combating teen pregnancy and the spread of STD's. That was the era, back when there was no internet to provide any further information if you chose to look for it.

Nobody around me talked about fertility issues or miscarriages. Naturally I felt like I was the only one experiencing this. Maybe my husband and I weren't having sex properly? Is that even possible? We tried everything: Different positions during as well as after sex (propping my legs up on the wall, putting a pillow under my pelvis, putting two pillows under my pelvis, laying on the side, laying on the other side, not moving right after, moving a lot right after, showering immediately after, showering before), different times of day, different frequency, different locations (because others have just gone on vacation somewhere and came back pregnant, so that must work)…

My husband and I didn't even think about the existence of "unexplained infertility" until we were told after initial testing. And our reaction was disbelief. We're in the 21st century and now someone's telling us that pregnancy is NOT a sure thing, AND they can't tell me why?! It was, quite literally, inconceivable.

Of course we tried to think of an explanation. There must be one. Is it some sort of incompatibility? Is it the water? The air? Pollution? Stress? Timing? Age? Planets not aligning? Everything put together? What is it? And how? And why?!

And there's also the experience of miscarriage, another horrible feeling of failure. About a year or so into officially TTC (trying to conceive), my husband and I traveled abroad for a vacation and a visit to my family. I was a bit late on getting my period. My period was a bit unusual this time, heavier bleeding and a lot of cramping. I remember I was at my parents' house, laying on the couch for hours each day, because I couldn't do anything else, and I just thought it was a heavy period. Maybe because of the trip itself, timing, whatever.

At one point, when the pain got to be unbearable, I considered going to a gynecologist. But I was abroad, medical care was more complicated and I didn't want to go into an emergency room. I figured it'll be fine. It felt like labor pains, for many days. I hadn't ever given birth before, but that was my gut instinct, that this was what it must feel like, painful downward pulls around my lower abdomen and back. At one point I went to the bathroom, sat to pee, and something came out. Something solid plopped out of my insert-your-word-of-choice-for-female-body-part into the toilet. I was so confused. I couldn't see anything, it was already down the toilet. A little while later, all the pain I had until then slowly began to decrease. And then I knew that I must have had a miscarriage. I must have been pregnant without knowing, something happened, and my body was clearing out everything. I only told my husband. And there was no proof this is what happened, it's just what I figured out intuitively. We carried on afterwards as usual.

A while later, when I officially found out I was pregnant, it was a mix of excitement, disbelief, and extreme joy. My first scan, however, showed no development and no heartbeat of the fetus. I was immediately scheduled a D & C. Sounds cute and boring, right? It stands for dilation and curettage. How's THAT sound? Right. It's a surgical procedure where the cervix is dilated and the uterine lining is scraped. In my case, I started bleeding before my scheduled appointment so I had to go to an emergency D & C.

Although my husband came with me, he had to wait in the waiting room, which I'm sure was nerve wracking. I went into surgery wearing that nothing-robe, alone, where I was shaking like I've never shaken before, I was practically about to take off or spontaneously combust. It was because of a combination of anxiety of going into surgery and full anesthesia, plus the fact that it was freezing in there. Anesthesia for me felt like I was choking, suddenly, and then I woke up to the loud clapping sounds of the oddly energetic nurse. I will admit that emotionally, I handled it pretty well because I had no time to fully understand what had happened. I hadn't gone on the infertility roller-coaster ride yet.

The miscarriage I had a few years ago was not so easy emotionally. Within about a two- week span, my husband and I found out I was pregnant, naturally and spontaneously, I had a late initial scan where we heard that unbelievable heartbeat, became elated, went into the full scan where there was no heartbeat, and got a D & C. That was a hard one. That no-heartbeat scan crushed us, we were initially shocked. I got dressed after that scan and we were sent to schedule the D & C (no processing time), my husband and I were sitting in front of this nurse with an appointment book, crying. There we were, only about an hour after we had initially come in to get an ultrasound and laugh about whether they'll reveal the sex of the baby or not. Instead of crying from joy I was bawling from heartache. It was surreal and horrible. That nurse must have seen so many people bawling every day. And to add to the craziness, the D & C was not immediate, it was scheduled. We wanted to do it right then, get it over with, but it didn't work that way.

Miscarriage is a word with so much weight. There's so much going on around this word for each and every person experiencing it. Miscarriage happens to 1 out of every 4 pregnancies, so you'd think it would be pretty normal and manageable, right? I'll admit, my first miscarriages were manageable, I understood this statistic (in hindsight when I learned about it) and it seemed an unfortunate yet natural part of life. But that miscarriage a few years ago was rough. It was a grieving process that took more time to get through. But many people do go through it, mostly by themselves.

There, you've just read the nitty gritty details of the label of unexplained infertility and miscarriage, at least from my point of view. Everyone has something to deal with, baggage. Those issues and traumas and "stuff" carried around everywhere, usually secretively. Each piece of baggage is different. It's important to be aware of that and be kind to people. 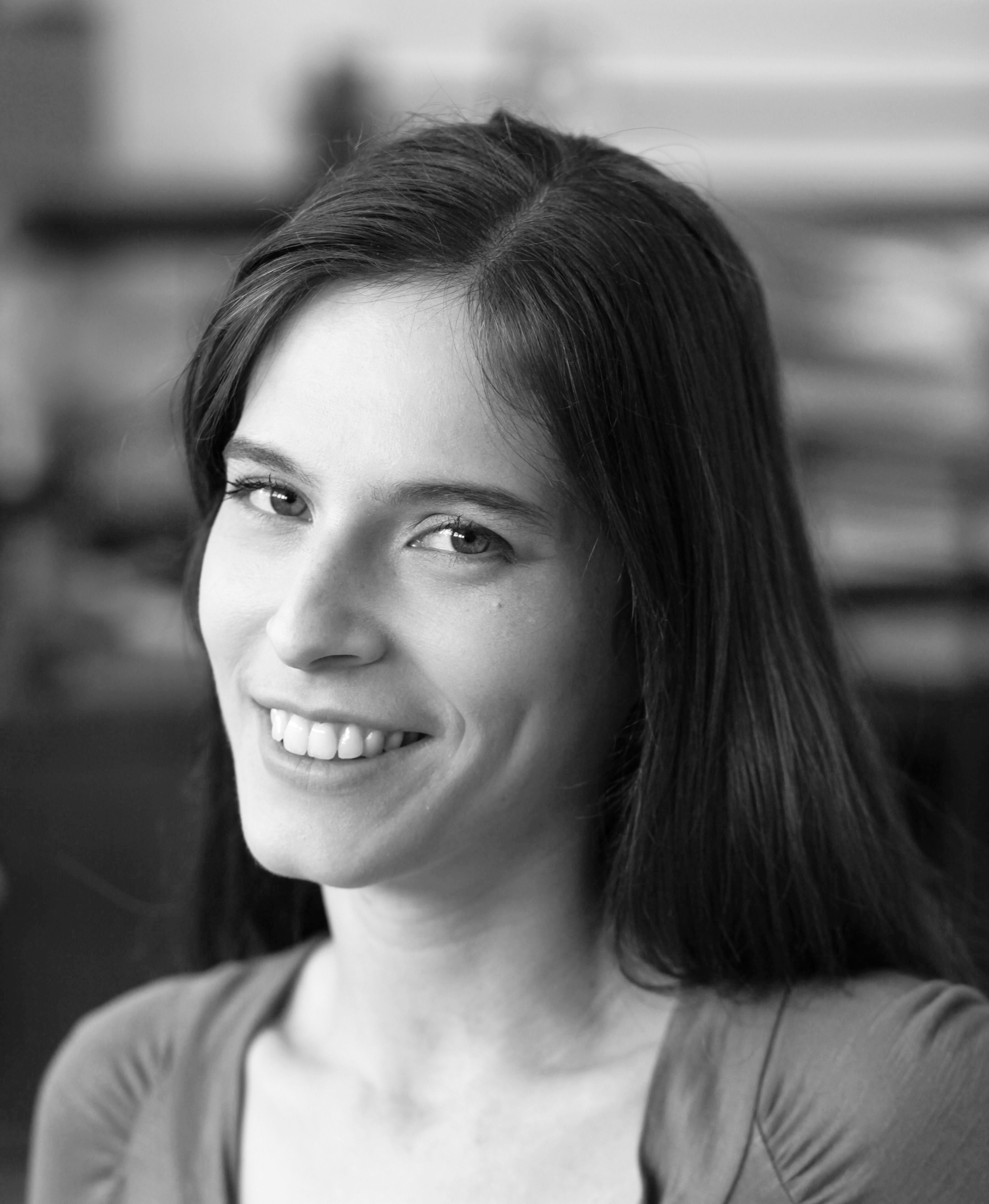 How Celine Dion (and other celebs) helped me through infertility
Dealing with Unexplained Infertility
Let’s Talk About Sex, {for a} Baby!
advertisement

How Celine Dion (and other celebs) helped me through infertility
Dealing with Unexplained Infertility
Let’s Talk About Sex, {for a} Baby!