Published by Jeannine Zenobi on November 13, 2017

Prematurity – a word that meant absolutely nothing to me, until it meant everything. I didn’t really know that my baby could be born too soon. I didn’t know that I could go into labor 3 months early, or that by some miracle of modern medicine labor could be stopped (or at least paused), or that I would spend the end of my (too short) pregnancy in the hospital on bed rest.

I didn’t know that I’d be talking about survival rates and probable outcomes instead of chubby cheeks and tiny pink booties, or that the words “today is going to be Ava’s birthday!” would fill me with dread and terror instead of excitement and joy, because it was two and a half months too early.

I didn’t know that I would be rushed into an OR, finally hear the words, “the baby is out,” and then not hear any crying.

I didn’t know that my daughter would be born weighing only 3 lbs 0.5 oz, that she would not be breathing, and that she would spend her first minutes in this world being resuscitated and put on a ventilator to breathe for her, because her lungs weren’t ready to work on their own yet.

I didn’t know that in the rush to save her no one would tell me what was going on, and that it would be 5 excruciatingly long hours until I finally got to see her.

I didn’t know that I could love that tiny miracle even more than I already did, but when I first laid eyes on her (or at least what I could see of her, amidst all of the tubes and wires), my heart felt like it was literally going to burst from the wave of pure, unconditional love that radiated through me.

I didn’t know that I wouldn’t be able to hold her until the next day when she was stabilized, or that my touch and even the sound of my voice would be overstimulating to her for weeks to come.

I didn’t know that I would meet angels, who hide their wings under scrubs and lab coats, or that I would have to entrust this most precious gift to them when I was discharged from the hospital and my daughter wasn’t. I didn’t know that those angels would practically become family over the next month and a half that we would spend in the surreal world of the Neonatal Intensive Care Unit (NICU).

I didn’t know that preemies weren’t just smaller versions of full term babies…that they live in plastic boxes which create a warm, humid environment because they aren’t able to maintain their own body temperature, and because their skin is so thin that it can easily rip if it gets too dry…especially considering how often they are poked and prodded - to adjust their monitors, start IVs, and draw blood, in order to closely watch all levels of their functioning.

I didn’t know that prematurity doesn’t end at NICU discharge, because these tiny warriors (who go through more in the first few days of their lives than most of us have to endure in a lifetime) develop completely differently than a full term baby, and their little organs and systems have to learn to work on their own far before they are ready. I couldn’t have predicted the roller coaster ride of those NICU days, or know that a year and a half later, I’d still feel like the ride had never really ended.

I didn’t know how privileged I would feel to be the mother of the fiercest, most resilient, and yet tiniest person I’ve ever met (2 lbs 12 oz at her smallest) – how she would follow her own rules and prove everyone wrong time and time again, happily overcoming all of the obstacles before her.

I didn’t know that prematurity could be summed up in 4 words: guilt, loss, terror, and amazement.

I now know that I am stronger for what I went through, and that nothing I encounter will ever be more terrifying. My daughter is my hero, and has already taught me more than I could ever hope to teach her. I gained an entirely new perspective on life – I know how truly precious it is, and don’t take a moment of it for granted.

I didn’t know anything about prematurity, until it happened to me, but I learned that watching the determination of a premature baby is life altering… as they fight for survival with each and every breath, it forever changes you. It’s truly one of the most extraordinary things I hope you never have to see… 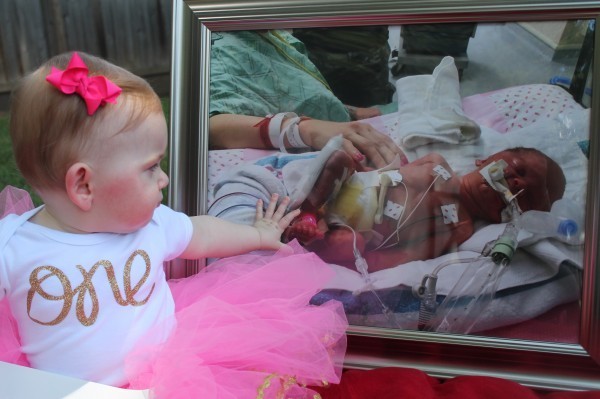 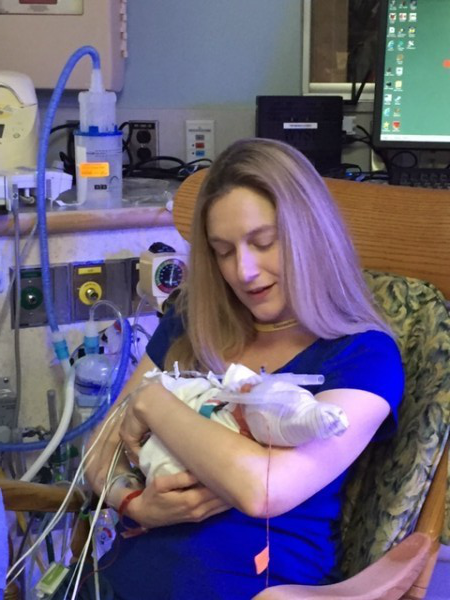 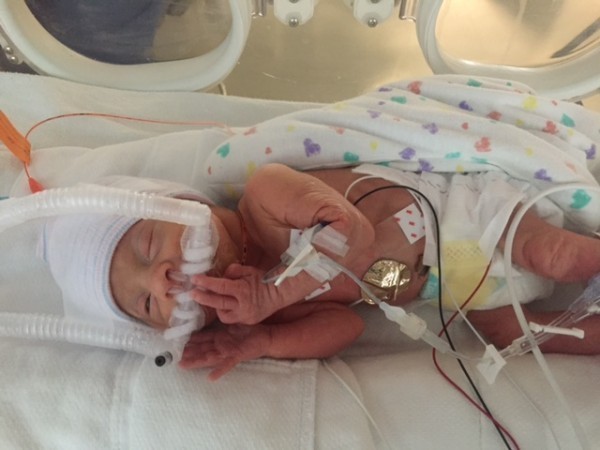 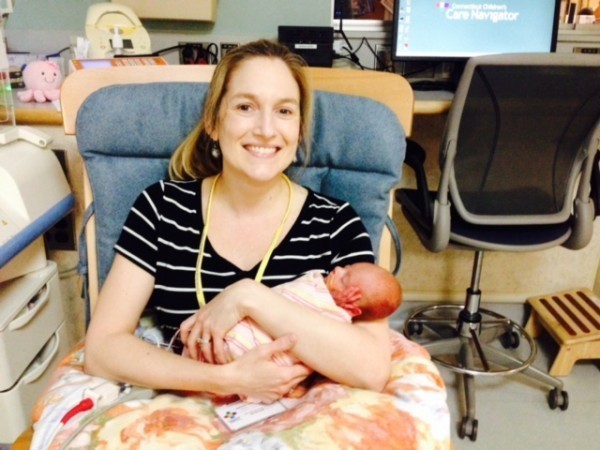 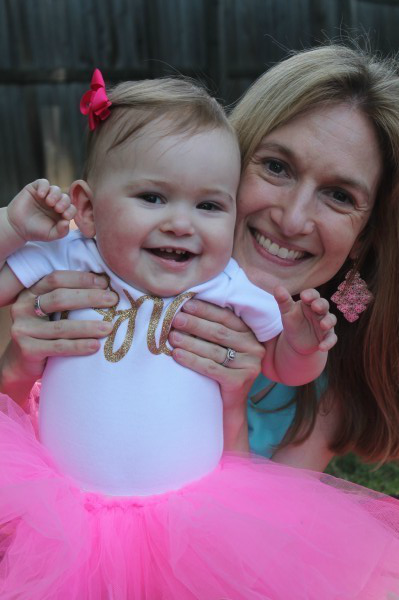 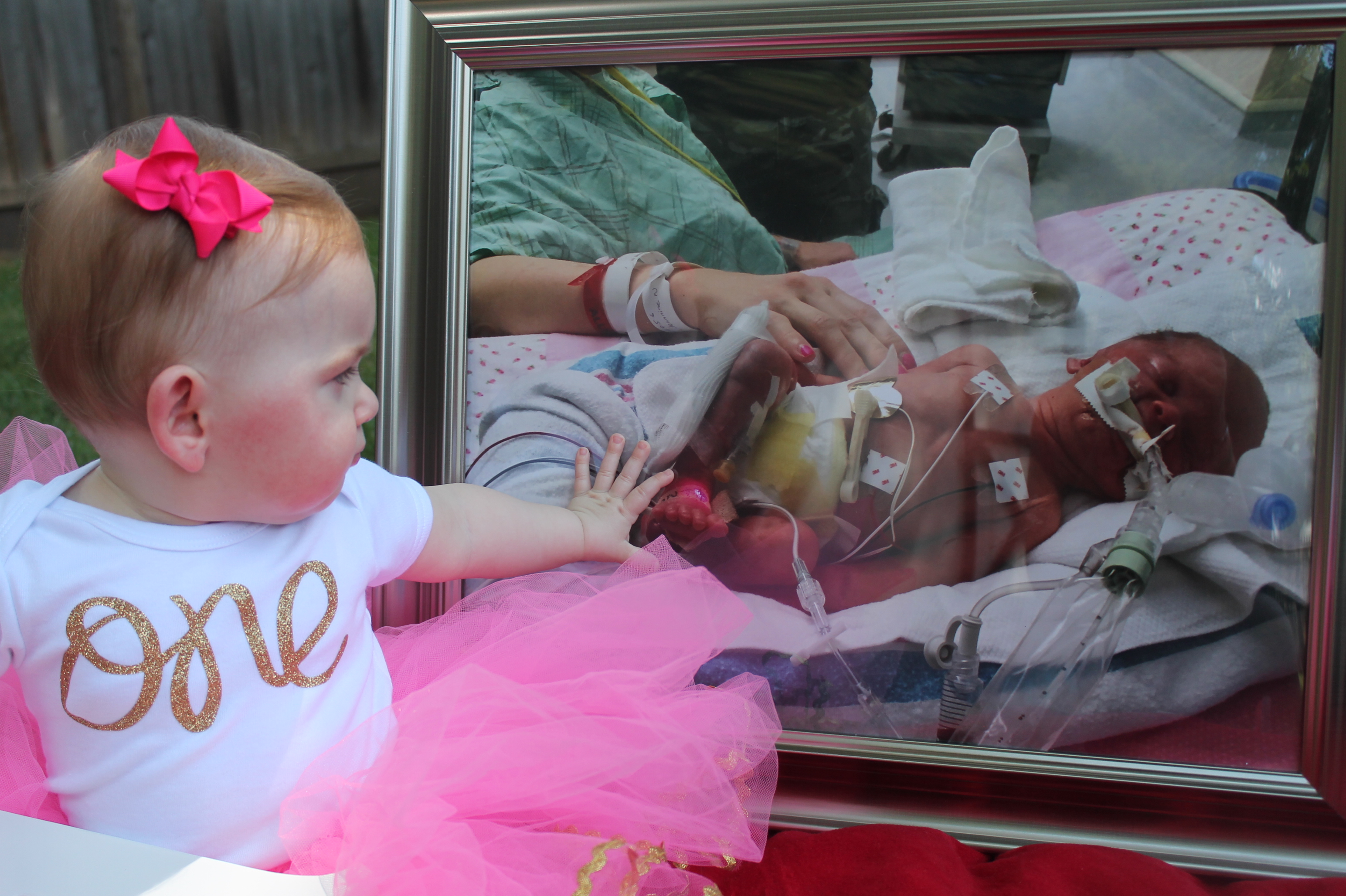 I am honored to be the mom of a 30 week preemie who was born in May of 2016. I enjoy experiencing all that life with my loved ones has to offer.

Just a little bit of Faith
Nobody registers for preemie clothes: A NICU mom’s perspective
100 days too soon
advertisement

Just a little bit of Faith
Nobody registers for preemie clothes: A NICU mom’s perspective
100 days too soon