Things Only A Miscarriage Survivor Would Understand

Published by Kim Delatorre on November 21, 2019

Losing a little person whom you have never even had the chance to meet, but yet was a part of you, growing inside of you… So many dreams for that little one that one day, was just lost. These are Things Only A Miscarriage Survivor Would Understand…

With each miscarriage, I told EVERYONE we were expecting. I was so excited and could not contain my excitement, I just couldn’t. After the loss, each time, it was heartbreaking, to say the least. So many people to tell, but obviously NOT just that, no way, there were/are other things. Things that break you and depress you.

Things that make you scream silently in the shower because you don’t want others to hear, they would not understand. Things that make you curl up in a ball on the floor and hold your empty tummy, crying until you can’t cry anymore… those sorts of things. 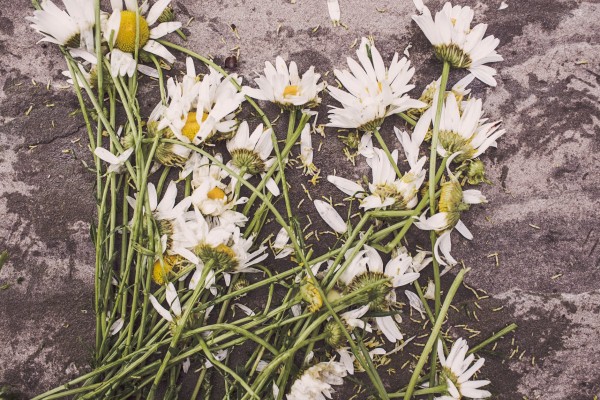 Each time I lost a little love, I was completely and utterly heartbroken. I remember the emptiness. The first miscarriage was the hardest on me only because I had no other children to cuddle with and love on during that painful time.

My husband was very supportive and did what he could, but he did not know how it felt. He had no clue and I could not explain it to him, I just did not have the energy to.

The first one was absolutely the hardest. We were not even trying. In fact, we did not even think we wanted kids! Getting pregnant was not on the agenda for us, anytime soon, or so we thought!

We went to the doctor and were SO happy to be there. To hear our baby’s heartbeat. But alas, the baby was no longer alive. No little heartbeat fluttering away like it was a couple of weeks before. The room was completely silent. I was so confused and so was my hubby. We had never been through anything like this before and it was just so confusing to us.

The next day was my D&C. The baby was starting to deteriorate in me, but it was not ‘coming out‘ on its own the doctor said. I had no bleeding, nothing. The day I had my procedure, it was HORRIBLE.

I remember going to the bookstore with my hubby, waiting for my doctor appointment. We tried to keep ourselves busy but all I wanted to do was scream and cry. 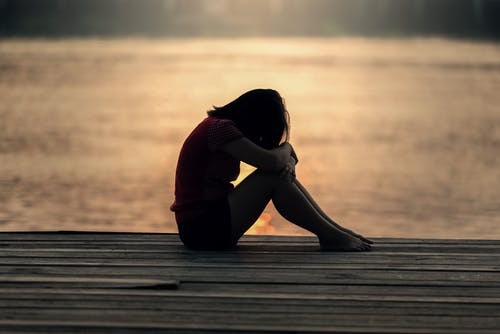 When it was all over, we went home and I was SOOOOO empty inside. I felt alone (though hubby was by my side trying his best to be there for me) and people kept on calling to check up on me. I did NOT want to be alone, not even for a second. I needed people with me, talking to me. I cried A LOT. I self-doubted myself.

I wondered why no one else in my family (that I knew of at the time) could have perfect pregnancies? No issues at all and have so many kids. Why me? WHY?

I remember I had bought a little Pooh Bear baby outfit and it was still lying on my couch. I NEVER ever put it away. Whenever I would walk by it I would touch it and stroke it and thought maybe if I did that each time I walked by it, I would be lucky enough to get pregnant again and be able to HOLD a baby INSIDE of me for longer than 13 weeks 3 days.

Miscarriage does something to you. It makes you do things you would not normally do, like me not removing that Pooh Bear baby onesie laying out on my couch…

During this time my sister got pregnant. She took a test and that was that. No worrying about her. No fear of losing her baby because she had never felt that before or gone through a miscarriage before, thank God. But, I remember feeling SO jealous of her. She already had 4 healthy kids.

I was so numb and my emptiness consumed my body. I was a shell of a person 🙁 I was very happy for my sister, but hearing her happy news just when I lost my baby, was just too much for me.

I remember being told by my doctor to use protection the first few months after my miscarriage so I do not get pregnant again so soon after. I remember the first time I and my hubby had sex again and were careful, I would pray to God that somehow I would get pregnant, somehow.

I remember going to the doctors for my 1-month check-up and STILL had NO period. I remember asking so many questions as to why my period has not come back yet. Maybe it was because I was pregnant again? I told the doctor I had read that somewhere that that was possible. He regretfully told me no. My heart BROKE again.

Not only was I empty inside, but now I had to WAIT for my period in order to even try again. It was the absolute LONGEST 62 days of my life. It broke me more and depressed me to no end. I cried a lot.

When I woke up one morning and saw that my period had come back, I literally laughed until I cried and called my hubby and everyone I knew! They did not understand and thought I was being silly. I UNDERSTOOD, though. This was my first milestone. My first step in being able to start the whole trying to conceive process once again.

I remember going out and buying every ovulation test strip I could find and researching EVERYTHING I could online about trying to conceive after a loss. I learned that there were many women out there like me, who have suffered through miscarriages and that miscarriages were not that uncommon.

I joined a miscarriage support forum and made some great friends. I finally had people who understood what I was going through. Such a breath of fresh air for me. I thought to myself, how would it be to take a pregnancy test, see it is positive and be able to be excited about your due date and KNOW somehow you WILL be taking home a baby in 9+ months?

I remember the morning I took one of my ovulation test strips and it was positive! I remember that joy and then the praying started. I and hubby tried that whole first month to get pregnant.

When my fertile window was no longer, I then went out and bought every single pregnancy test I could find and stored them neatly in my bathroom. I tested about a week early and on about the 3rd day of testing, there was a very faint line on that pregnancy test! I was pregnant again!

But what I had not thought about, was the FEAR I would also feel with the joy. The fear of losing another baby. The fear of not knowing. The fear of EVERYTHING that a pregnancy could or could not bring. I was terrified.

I remember at my first appointment, I had a long talk with my doctor. I made sure she understood my fears and told her she would probably be seeing a lot of me, more so than the average pregnant woman, because of my fears. She was thankfully okay with that.

During my whole pregnancy, I went to the ER numerous times because I feared the baby was not moving enough or that he was moving too much. I because of a regular and known face in the ER. But, this was something I HAD to do to ensure my baby sticking with me. Staying inside me to grow and get healthy and big.

I remember waking up partly through my second D&C and hearing ‘sucking sounds‘. I will NEVER forget this, ever. It haunts me to this day knowing those sounds were of my precious baby being pulled from my uterus to who knows where.

Each time I had a D&C, I remember the nurses referring to it as an abortion. This PISSED me off to no end. I had to tell them EACH time that NOPE, this was NOT an abortion. This baby was SOOOOOOOOO wanted. Then I had to tell them WHY I was having this damn procedure. The nurses were very apologetic and I understand this is what it is called, but they were schooled by me each time, my babies were WANTED, so badly.

I have been pregnant 8 times but only was able to bring home 3 live babies. I am SO thankful for the babies I have now. I thank God every single day for them. I know I am not the perfect mother and my mom guilt skyrockets most days, but my kids are loved and they KNOW their mommy loves them with all her heart, mind and soul.

One day I will be able to meet my other three kids. My kids know about their siblings that were lost and they also know one day they will be able to meet each other. Sometimes my oldest and middle child will talk to me about them, wishing they could have met them. I love that the 5 kids that I lost are still very much alive in our hearts and conversations. 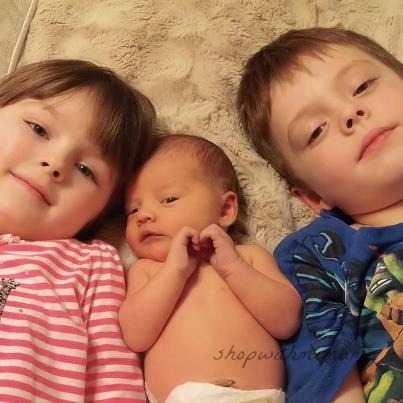 Miscarriages take something from you, from your heart. Some pieces you might get back, but for me I never did. Unless you have suffered through one, you will not understand. This is Things Only A Miscarriage Survivor Would Understand…

If you have ever suffered a miscarriage, I wish I could give you a huge hug. Because really, a hug is the best thing you can give to someone who has gone through this. 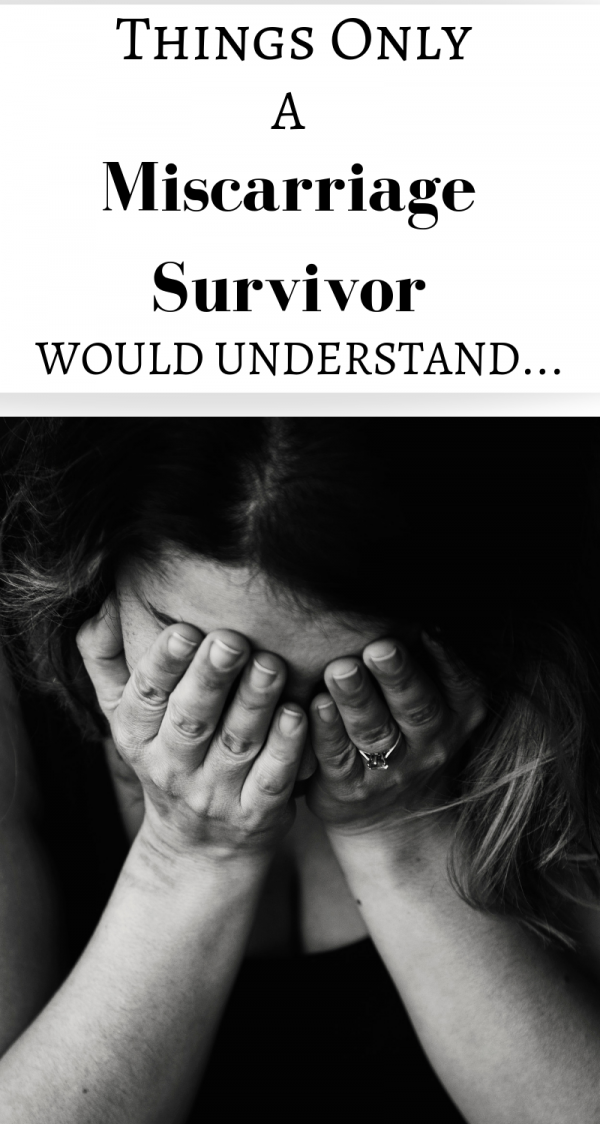 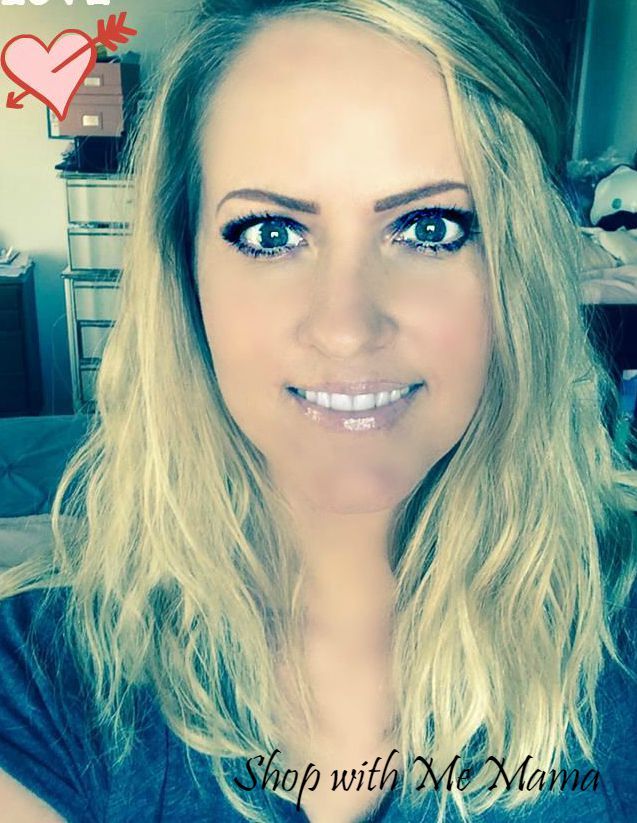 I am a mom to three busy kids and wife to a great guy. I love blogging about products I enjoy using and about other things like parenting, lifestyle, recipes and much more.

My journey to motherhood.
Why We Should Talk about Miscarriage
A CHANGED PERSPECTIVE: WHAT MY MISCARRIAGE TAUGHT ME ABOUT MY SONS
advertisement

My journey to motherhood.
Why We Should Talk about Miscarriage
A CHANGED PERSPECTIVE: WHAT MY MISCARRIAGE TAUGHT ME ABOUT MY SONS