The shock of learning a parenting lesson from Paris Hilton

Why Parents Should Listen to Paris Hilton’s Story

I get it, it’s Paris Hilton, socialite, reality star and entitled child that seemed to have it all.

Why would anyone take advice from or even want to listen to her?

Well, I’ll speak for myself, as a mother – Paris is not someone I would consider a role-model or even someone I ever thought I could learn from as a parent, but I was wrong.

In the weeks leading up to the “This Is Paris” documentary, I was initially frustrated at why anyone needed to hear from her in the middle of a pandemic when many are struggling with unemployment and just trying to make ends meet – not to mention back-to-school and all the difficulties online learning brings.

Then on a Sunday morning, there she was on a reputable morning show I always watch, being interviewed by a respectable journalist about “This Is Paris”. I was taken aback when I realized this wasn’t a spoiled brat wanting more airtime (or should we say facetime) for self-promotion.

Parenting at your wit’s end 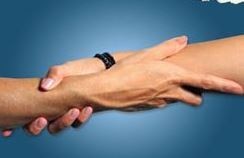 At 15 years- of age, Paris Hilton was out-of-control and her parents could no longer help her at home. After placing her in a series of wilderness programs, which are designed to break down a child, they ended up enrolling her in an intensive residential treatment center. According to Paris, it was both emotionally and physically abusive.

Paris Hilton’s parents could be any one of us with a difficult teenager, especially today. I know this firsthand.

I was that mother. In 1999, I struggled with my daughter and I believed I was doing what was best for her when I decided to make very similar choices to the one’s Hilton’s parents did. Fortunately for us, we didn’t buy into the wilderness shuffle, however we did place her into a teen help program that was extremely harmful. Thankfully, that facility is closed today.

The rise of teen defiance, entitlement, depression, anxiety, suicide ideation, and other behavioral issues is rising at alarming rates today. COVID-19 has only added to the stress and frustration that both parents and teens are experiencing.

No doubt, the Hilton’s had privilege on their side, but all of us also have options and resources available in different ways. Rich or poor, what happened to Paris and my daughter was unacceptable.

When I shared our story in 2001, the program that harmed my daughter sued me to remove it from the Internet. I won that case since truth is always a defense, in a trial in Utah. Since then I have continued to help educate parents about teen help schools and programs.

I was exceptionally stunned to read all the hateful comments Paris received on social media after the morning segment aired. No matter who we are, what we have or where we come from – when someone is struggling emotionally, they don’t deserve to be harmed.

Interestingly, when I shared my story publicly years ago (decades now), I was faced with the same criticism. People (especially parents) can be so judgmental, specifically those have never been faced with these hard choices. “How can you send your daughter away? Why didn’t you know? Why? Why?”

I’m constantly speaking with parents today who are making these tough decisions. It’s about giving your child a second opportunity at a bright future, no one intends for them to have the outcome we did. There are quality schools in our country – it’s why we’re learning from Paris’s story – and mine.

Granted, we’re not the Hilton family, however this is about compassion and understanding for what parents are going through when they reach their wit’s end. Money or no money, we’re all human and want the best for our children. I don’t believe any one of us intended for our kids to be hurt.

The moral of our stories: Learn from our mistakes, gain from knowledge. Even Paris Hilton’s.

Sue Scheff is the founder of Parents Universal Resource Experts, Inc and has published three books. Her latest is Shame Nation: The Global Epidemic of Online Hate (Sourcebooks, October 2017).

I decided not to redshirt my kindergartner and I have no regrets
Diary of a foster dad: I see my mother in my daughter's life
The "X plan" is not just for teens!
advertisement

I decided not to redshirt my kindergartner and I have no regrets
Diary of a foster dad: I see my mother in my daughter's life
The "X plan" is not just for teens!