Diary of a foster dad: I see my mother in my daughter's life 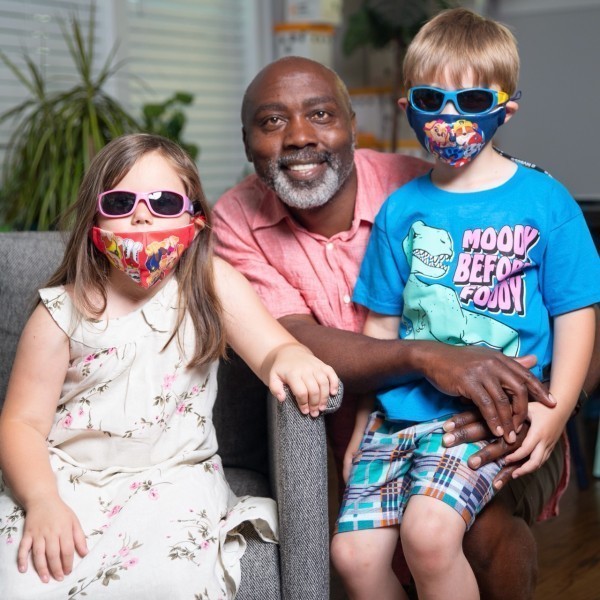 I grew up in rural Uganda, near the Rwandan border, a place where women were seen and treated as second-class citizens. Men believed they had the right to do anything they wanted to those whom they felt were the inferior sex. Around my childhood home, this was evident in how my father treated my mother. He considered her worthless, and that’s how he behaved. As a little boy, it hurt me to see the person I loved the most disrespected and harmed in this way.

Each day, the children in my village would walk miles away from home to fetch water. One morning when my sister was a young teen, she went to gather water but did not return. She was taken by a man who believed it was his right to make her his property. There was nothing we could do to help her, because in my world, this was just the way things were. My sister had a baby by the man and then she came home. Having seen my mother mistreated daily and knowing my sister had been violated made me feel angry and helpless. These instances affected the way I viewed myself as a young man. I vowed I would never treat any woman unkindly.

Decades later, as a foster dad, I’m reminded of my mom and sister’s pain and vulnerability in the foster girls I’ve interacted with over the years. The same hurt and ache washes over me from when I was a child. When I consider the life experiences of one particular foster girl I have cared for, I could clearly see the pain she was going through, and it would take me back to a powerless feeling of desperately wanting to help those I loved.

I wanted so much to protect my foster daughter, a little one who could’ve easily been my very own offspring. I felt angry toward the people who should’ve sheltered and nurtured this vulnerable and young girl but didn’t do so. I tried to understand her pain, knowing that as a man I could never fully grasp it. I tried to take away her hurt and guard her from any shame in ways I couldn’t for my mother and sister. Hurt and rage churned inside of me just thinking about the way my loved ones’ lives were damaged because of men; this energy motivated me to fight for my daughter’s well-being.

I took my little girl to visit with her biological parents, and no one showed up. I could see the sadness in her eyes as she wondered why her mom and dad weren’t there to see her. She was old enough to verbalize her disappointment. She wanted to know why they couldn’t be there, particularly her mother. At first, I was angry, but then I began to think about my own mom. If my daughter’s mother wasn’t able to be there for her little one, there must be a reason. I started thinking about how the mother may have been treated. What happened during her childhood? How had she been treated by the father of her children? What could she be coping with now? 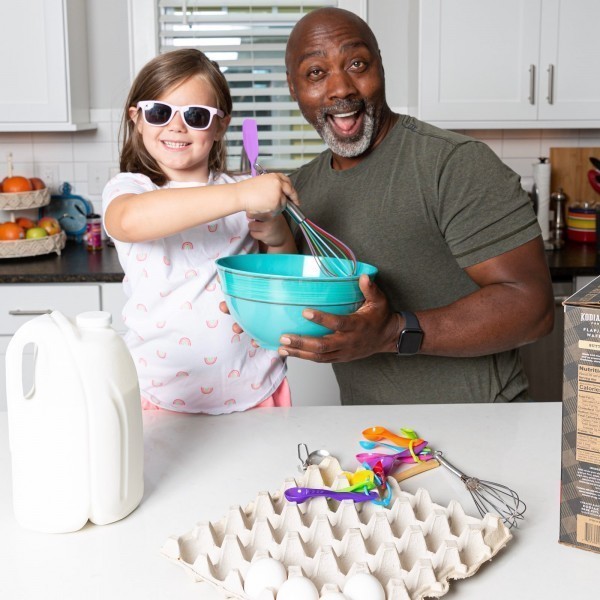 People are quick to judge a mother who isn’t able to support her children in every way, but what’s often missing from that place of judgment is an awareness of how a man might be adding to a mother’s struggles. As men, we’re failing our girls and women. We’re called to be protectors and providers — to shield our loved ones from harm, to support them, to love them. Why is it socially acceptable for a man to create a child with a woman and leave the mother to provide everything for that child? Why are we not enraged when a man creates a child with a woman and then harms her or the child? Rather than judging the woman who is left carrying the weight of a man’s abuse or abandoned responsibilities, why aren’t we more eager to hold the man accountable?

My daughter’s pain, her mother’s pain — they’re not unfamiliar to me, because I saw the same hurt in my own sister and mother. Thankfully, I’m no longer helpless to defend the people I love. As a foster dad, I have the ability to protect my little girl. However, I worry about how her future might look after she leaves the safety and love of our foster family. I’ve lost many nights of sleep knowing that the people who are supposed to protect my girls may not follow through. How can I create groundwork for the girls — and even the boys — I raise that will secure prosperity and goodwill? I often wonder how many just like my foster daughters have been left behind.

I spend a lot of time contemplating my role in all of this. I know in part my role is to nurture and care for the foster daughters who walk through my door as if they are my own, to ensure they have — even for a short time — an example of a man who respects and protects those he loves. 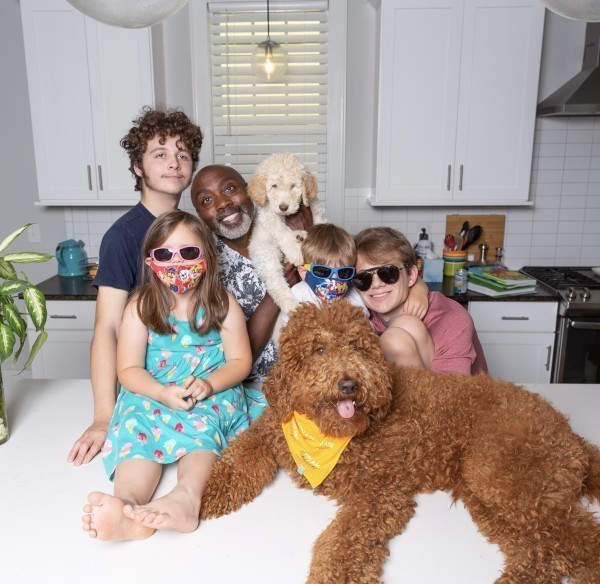 My other role is to say this: as men, we have a responsibility to lead the boys and men around us in being better humans, for my daughter and for all of the daughters out there learning about their value in society. Females are not objects; they’re human beings who desire to be loved, supported, and respected.

We sometimes forget that not all girls and women have been cared for in the way they wanted or needed. Rather than judging a mom when she doesn’t meet expectations placed on her, consider how she may have landed in her struggle. Why not encourage the men in her life to stand beside her, uplift and encourage her? Why not uplift a woman in your own life, no matter the circumstance? We may not be able to change the past, but each of us can do everything in our power to make things better here and now.

Related TODAY story: Meet the foster dad opening his home to kids during the pandemic 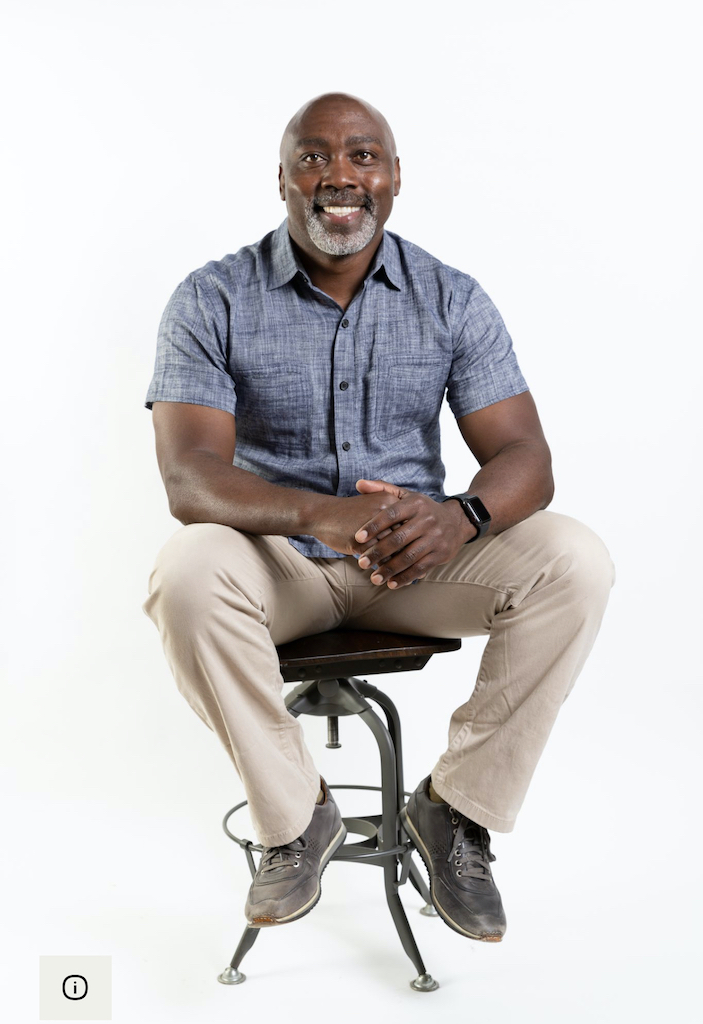 Peter Mutabazi is an international advocate for vulnerable children and communities. Keynote speaker, Founder and Creator of Now I Am Known, he believes every child and young person -- especially the forgotten, neglected, or abused -- deserves to be seen, heard, and known. Peter is a single dad who has fostered 14 kids and adopted 1 alongside two dogs, Simba and Rafiki. Find out more about Peter at www.nowiamknown.com or follow his journey @fosterdadflipper.

Diary of a foster dad: Why do moms get the blame?
Fighting the patriarchy one grandpa at a time
What I Learned NOT To Do From My Parents
advertisement

Diary of a foster dad: Why do moms get the blame?
Fighting the patriarchy one grandpa at a time
What I Learned NOT To Do From My Parents