Published by Stacey Skrysak on February 15, 2019

It’s a popular conversation among parents this time of year. As preschools across the country begin their student evaluations, parents are left wondering whether their child will be ready for kindergarten in the fall. I remember that fateful day when I sat outside my daughter’s classroom, nervously tapping my foot as if felt like judgment day.

I heard from friends, teachers, even plenty of strangers, all giving me their two-cents on why I should or shouldn’t send my daughter to kindergarten. With a summer birthday, she would be on the younger end of the class, especially with so many parents choosing to “redshirt” their 5-year-olds. But in the end, I chose to send my daughter to school on time, and one year later, I have no regrets. 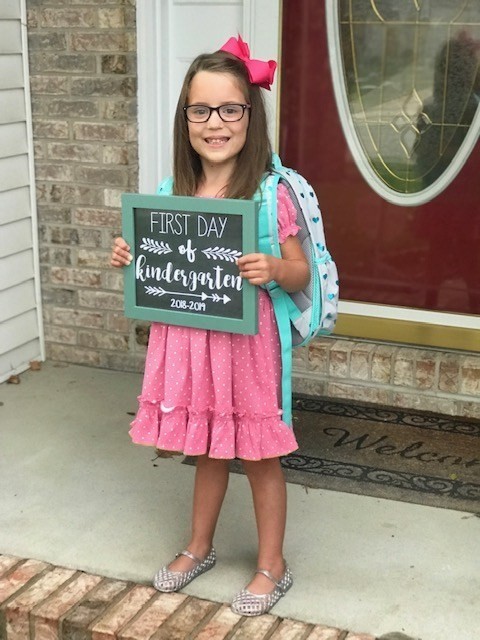 The thought of kindergarten didn’t cross my mind for years. My daughter is our lone surviving triplet, born more than 17 weeks premature. Weighing only one pound, her frail lungs, brain bleed and hole in her heart made us unsure if she would even survive those first few days of life. She survived, but faced an uphill battle. 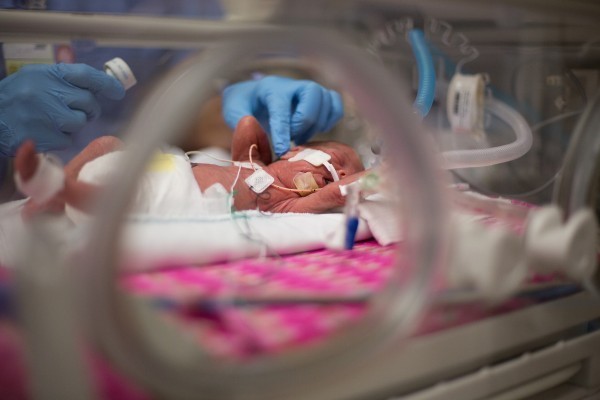 For the first three years, our daughter worked with several therapists and doctors, learning how to walk, talk and improve her motor skills at her own preemie pace. We never thought our “22 weeker” would catch up to her peers. That’s why my husband and I always assumed we would hold our child back in school.

But, something changed in the past year. As we watched our daughter flourish in preschool, she gained confidence, maturity and surprised us academically. Her teacher told us she was ready for kindergarten, something we never expected to hear. That led us to months of contemplation and anxiety as we tried to decide our daughter’s future.

As the months passed by, we found ourselves at kindergarten preview night, soaking in a wealth of information. My husband didn’t understand why I was hesitant; she was more than ready for the next level of education in his eyes. But the unsolicited advice from so many people had my mind wandering back to the “redshirt” conversation. There are so many reasons why parents choose to hold their child back. Age obviously plays a factor, as does maturity. Some children are not ready academically for kindergarten, while others may not be able to handle a full day of education. Some parents even choose to hold their child back in hopes of them excelling in sports.

Over time, my husband and I found ourselves on the same page. Our daughter was ready for kindergarten. She was more than excited for this next chapter in life and we decided that there was no harm in sending her on time. We knew that she could repeat kindergarten if elementary school proved to be too difficult. And it turns out, trusting our gut was the right choice.

Now half way through kindergarten, our daughter is thriving. Sure, she may be petite, but that has never gotten in her way. She’s a social butterfly who loves to do math and read, and she’s learning valuable lessons that can only be taught in a classroom. Her teacher was surprised when I shared that we pondered holding her back. Our daughter is not only well mannered, but she’s now testing average or above average in the kindergarten curriculum.

There is no right or wrong when it comes to the kindergarten debate. Each child is different. What might work for one kid, may not work for another. Everyone has an opinion on what you should do, but as parents, you know your child best.

We don’t know what the future holds for our daughter, but we’ll take each challenge as it comes. Maybe our daughter will continue to excel or maybe she’ll struggle down the road. Either way, we’re OK with it and we’ll tackle each hurdle as it comes. It’s all part of being a parent–going with our gut feelings and taking chances, even if it means making mistakes. In the end, we want what’s best for our child, and for us that meant sending our daughter to kindergarten on time.

A version of this story originally appeared at www.staceyskrysak.com

The Kindergarten Debate: Is My Child Ready Or Should She Wait A Year?
The Kindergarten Teacher Every Child Should Have
A Dad’s Perspective: Standing on the Shoulders of Giants
advertisement

The Kindergarten Debate: Is My Child Ready Or Should She Wait A Year?
The Kindergarten Teacher Every Child Should Have
A Dad’s Perspective: Standing on the Shoulders of Giants