The Me Too (But Not You) Movement

Published by Kristin Gambaccini on February 18, 2019

I fell for it. Facebook expertly showed me a video of “Life Changing Charcoal Toothpaste” and boldly scripted all the reasons why I needed it.

So, of course, I clicked it.

After a few minutes of browsing the site I went back to the original post to read the reviews. I mean, is it really life changing? But instead of product reviews, I was reading post after post (after post) about how unappealing the girl in the video ad was. “Monster”, “Hideous” and “Fugly” are just a sampling of the words used to describe her.

And almost every one of those hurtful comments had been made by a woman.

I was so confused. What the heck were they talking about? Did I miss something? So, I went back to the original ad. What I saw was a young woman, being silly and smiling while brushing her teeth with black toothpaste. I mean, I’m not sure anyone would look all that great with toothpaste dribble that resembles asphalt covering your entire mouth and running down your chin, ya know? But, other than that, I wasn’t seeing the issue. Needless to say, I did not purchase the toothpaste and I will never know if my life could have been forever altered by that miracle tube of black crap. What I do know is that I was disgusted by my fellow female sisters. This tooth brushin’ girl was someone’s daughter. She was someone’s granddaughter, sister, cousin, niece or friend. She was somebody’s something. And complete strangers were intentionally being hurtful and demeaning to her with no provocation or purpose. I just didn’t get it.

I have noticed a trend lately (and I am sure you have too) with women, especially Mama’s, who are finding a sense of power and redemption in capturing their bodies on camera in the raw throws of their utmost vulnerability. Post birth, post workout, post breastfeeding, post toddler tantrum, post anxiety-driven-panic-attack-crying-session, etc. They are putting themselves out there in an attempt to communicate with fellow women and mothers that perfection is something we have made up in our minds thanks to the unrealistic portrayal we are constantly subjected to on TV, online, in magazines, etc. It is a perception of a reality that is not tangible. For some readers and followers, these types of postings are a lifeline of truth and honesty that they so desperately need to relate with as they combat their own similar battles and demons.

But, for others, these posts and pictures are a gateway to spew hateful commentary. To demean and dehumanize a real person who has completely natural feelings and a right to be heard. And again, a majority of the time, the horrid language is coming from fellow women.

Sure, posting naked/partially naked pictures and selfies aren’t for everyone. The image can be scroll stopping – especially if the subject isn’t a size 000 with flawless makeup, record-length eyelashes and voluminous hair. But, that’s the point isn’t it? To make you stop and think? To help you better understand? I, personally, give major props to women fierce enough to put themselves out there. I have nothing but love and support for them in their journey. And I pray to God my daughters (and sons) will feel the same.

The Harvey Weinstein and Brett Kavanaugh allegations of 2018 sent the women of the nation in an uproar. The “Me Too” movement went from spark to raging fire so quickly that every household knew what the phrase stood for. Countless women were plucking up the nerve to go public with their own harassment allegations and finally had the confidence to speak out against their attackers. Females around the country were cheering, marching, protesting and gathering. Many were encouraging their daughters to stand alongside them and using this movement as a teachable moment for the younger generations. It was a summit of Mama Lions roaring as one.

Because for as many supporters and advocates these alleged victims had, there were just as many naysayers and name callers. Just as many fellow sisters putting them down in ridiculously unrelated ways. Mocking their hair or their eyeglasses. Just being downright petty with their words and arguing on social media with other 'Negative Nellie's' on topics completely irrelevant to the actual case at hand.

Thanks to “Me Too”, hell, let’s be honest, thanks to the Women’s Rights Movement that began in 1848, we know the importance of teaching our girls, sisters and friends to respect themselves. To love themselves and take pride in themselves. To know their worth and see the beauty and strength within first and foremost. To accept their body for the amazing machine it is, imperfections and all. But, I think that’s where we fall short as their teacher.

You see, ladies, you can teach your daughter to love and respect herself for what and who she is from her cheekbones all the way down to her big toes and everything in between and on the inside but until you also teach her to respect others, the lesson is lost.

You cannot fully respect yourself until you can respect others.

There is no way to honestly love your curves and edges and find strength in your uniqueness if you find fault in others differences. Period.

How can we stand as one but deny the feelings or rights of others who see or feel things differently? Who are we to judge the life choices either predetermined from birth or personally chosen by another human being? When were we given the authority to sit behind our computers and judge right from wrong?

If grown-ups followed this guideline as well, I think the world just might be a better place.

Let’s just be nice, shall we? 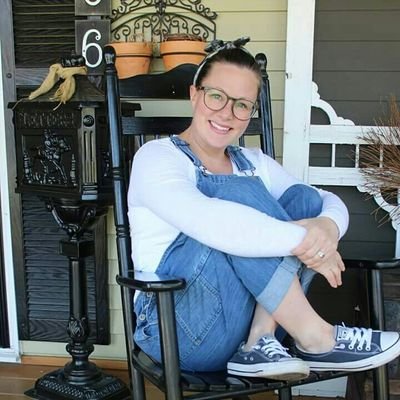 An Open Letter To Mothers On International Women's Day
How to (Purposely) Raise a Disrespectful Child
We Need Our Boys To Grow Into Men, Not Rapists. And Our Girls To Not Become Fairytales.
advertisement

An Open Letter To Mothers On International Women's Day
How to (Purposely) Raise a Disrespectful Child
We Need Our Boys To Grow Into Men, Not Rapists. And Our Girls To Not Become Fairytales.