​The Importance of Dad’s Role in Their Child’s Nutrition

From the moment our children are born, many moms see themselves as solely responsible for nourishing them. But whether it’s allowing Dad to step in with a bottle when they’re babies or relinquishing dinnertime decision-making as children get older, letting dads participate in their nourishment is good for the whole family.

In a survey of kids under 12 by the American Dietetic Association, dads and moms were identified as equal role models when it comes to healthy eating habits. In fact, the study found that kids are more likely to mirror their father’s intake of many snack foods.

Given that many American children get about a third of their calories from fats and added sugars, teaching them to choose smarter snacks can give them a big nutritional boost. We talk a lot about added sugar, artificial dyes, colorings, and additives found in food.

My children have become ‘little mommies’ when dad has the occasional soda– by telling them how bad it is for him. When it comes to healthy snacking we encourage our kids to reach for a piece of fruit or have vegetables and dip instead of chips, water instead of juice. For the most part, they do it without complaint – largely because the message is consistent and comes from both of us.

Variety is the spice of life

I’ve made a point of sharing the hard-won nutrition knowledge from my naturopathic education and practice since the kids were born (if not before!). Now that they’re 7 and almost 10, my husband more than knows his way around the grocery store and what a healthy plate looks like – but that doesn’t mean that he buys and prepares the same things I would. And that’s ok. In fact, it’s great for kids to see that it’s not just mom who can pull together a healthy meal. I think it’s important for them to see lots of variations on healthy themes – which can in turn encourage them to experiment with healthy food combinations, too.

Whereas I might stress healthy eating because I know as a naturopath how powerful the effect of food is on the body, my husband shows them the power of food differently. He’s always been active and right now, he’s actually training for Ironman – an intense 14-hour race involving swimming, cycling and running. When they see him making a smoothie in the morning or drinking electrolytes after a long ride, they see in a concrete way how food acts as fuel to help people reach their goals (like playing outside all day!).

Letting dads shine as nutrition role models is good for everyone involved. Splitting up mealtime duties doubles the chance of getting a healthy meal on the table with a minimum of stress and shows kids that everyone can play a part in family nutrition – even them! 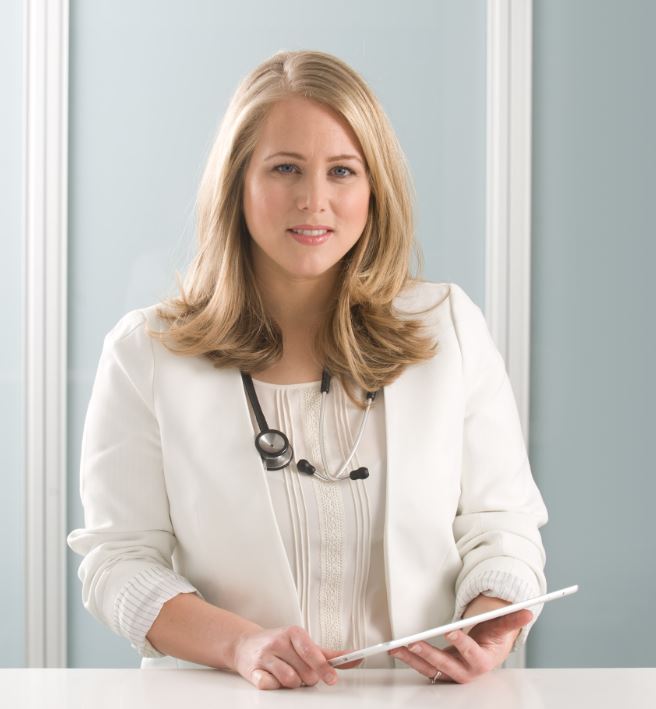 Kate is a naturopathic doctor and the Co-founder and Chief Medical Officer of Kabrita USA, a line of naturally easy to digest goat milk formula and goat milk yogurt and fruit products for toddlers.