5 tips from scientists that instantly had my kids eating healthy

Published by Olivia Johanson on February 17, 2016

It is an issue that a lot of us struggle with daily: how do I get my kids to eat more healthy foods? For me, I did not want to force my son to eat his vegetables and fruit, but at the same time I was worried his diet was way too one-sided. The only things he liked were pancakes, bread with hummus and bananas. I would sneak in other stuff in the pancakes, but I wanted him to have a more open mind and enjoy other things. The scientific researchers at Cornell University took solving unhealthy food choices on themselves and these are their tips that worked best with my picky eater son! If only I started sooner...

1. Let them think of their heroes 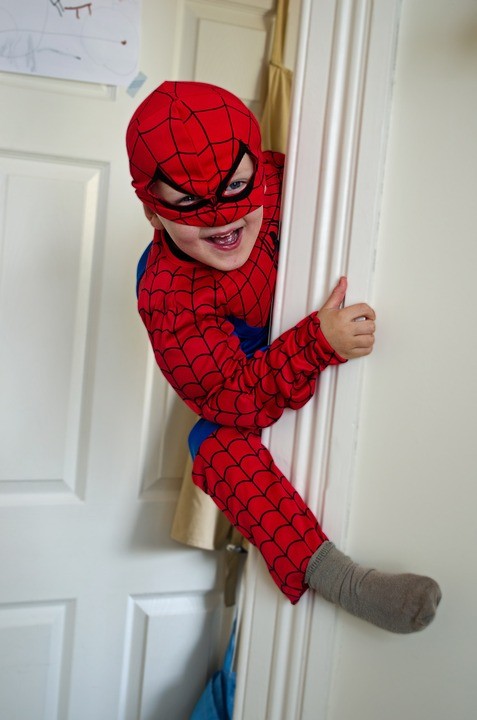 Kids are inclined to make a more healthy food choice when they have been reminded that their favorite hero or heroine also sticks to healthy snacks. This was concluded from an interesting experiment the scientists ran at a summer camp in 2012.

During the camp kids between 6 and 12 years old could choose between normal fries or “apple fries” (thin slices of apple). In the first and second week of camp only 9.1 percent of the children chose the apples.

In the third and fourth weeks, the researchers showed the kids 12 pictures before they made their choices. On the images were real or fictional role models. During a preliminary interview the researchers established which persons or characters these kids saw as admirable and not admirable. They were shown the photos and stimulated to think about whether their role models would eat the apples or the fries. The assumption behind this was that if kids thought their role models would prefer the healthier choice, they would see the healthy option in a more positive light.

And that assumption was correct. When the children thought about the most likely choice of their heroes, 45.5 percent of them chose the apples. The photos had the strongest effect when the child would think their role models would always eat healthy.

So, when my son would be given the choice, I would ask him to think for a moment which one Spider-Man would eat. I made sure to keep that question light and fun. And lo and behold, it worked! Practically every time he would go for the healthier choice.

2. Cut that food to pieces!

When you offer your kids the choice between an apple and a piece of candy, they mostly won’t hesitate and go directly for the candy. Most parents attribute this to the fact that candy is sweeter. But research has shown that this is not entirely correct.

The brains of Cornell University went to eight elementary schools with cantines. Each school received a device that would cut apples into 6 even pieces in 3 to 4 seconds. The cantine personnel were instructed to use the cutter every time a pupil asked for an apple.

During this research all the kids who visited the cantine had been asked why they did not eat fruit. They had two reasons. The younger children — who were often in the process of shedding their baby teeth — found fruit uncomfortable to eat. The older children did not find it attractive to sink their teeth in a big piece of fruit. And the experiment showed these considerations. When the schools started using the cutters, the number of apples sold grew by 71 percent. The number of children who ate more than half of their apples rose by 73 percent.

For me, I was already cutting most of the fruit, but I also started cutting more of the vegetables in attractive, bite-sized pieces. And though it did not make my son eat everything, he definitely added some vegetables to his diet that he would not eat before!

3. Give the vegetables a cool name!

A lot of kids don’t like eating vegetables. But with a simple marketing trick, you can change this — just by giving the vegetable a new hip name. At least according to the following experiment:

The Cornell researchers went to two elementary schools with cantines. The first month of the experiment, vegetables were served in the cantine without a name. The following month, the researchers gave hip names to the vegetables served at one of the schools. Broccoli, for instance, was named “Power Punch Broccoli,” and carrots became “X-ray Vision Carrots.” The results were very clear. At the school with the re-branded vegetables, the amount of vegetables purchased rose by 99 percent.

As Shakespeare once wrote, "A rose by any other name would smell as sweet." We could counter argue that though names do not change the nature of a thing, they can change the way things are perceived. And in my case, just changing the names of veggies and fruit had a huge impact. Not only did my son eat more healthy things, but they also became a part of his imaginative play. Apples, broccoli and carrots became super heroes themselves in his daily adventures. Even if they had to die occasionally in his mouth. 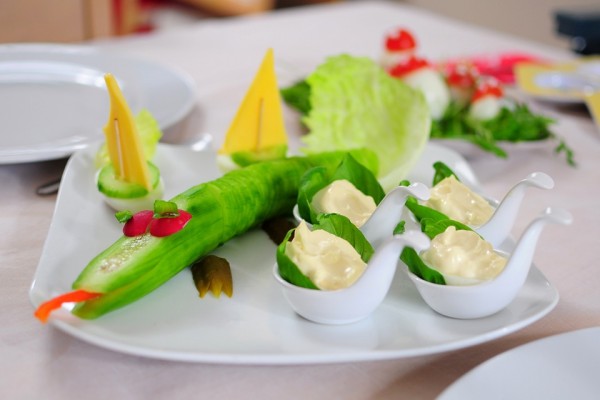 Kids perceive the world differently than adults, which we all know. But they also see the way food is laid out on a plate differently. Research shows that we adults prefer seeing our starter dish in the middle of our plate. Kids like to see their food on the bottom part of their plate and with a design or pattern in it. Adults like to see three components and three colors, while children prefer seven components and six colors. This seems to point toward preparing a plate for kids with more creativity and color.

I have to say, I am usually too pooped out to spend a lot of creativity on the plate, but I did increase the number of choices and colors, and that alone seemed to have a great effect. When I do have inspiration, I make faces and things like boats and rocket ships, and it helps in keeping him engaged with the food longer and eating more of it. Definitely something to try out!

You can simply make your kids fall in love with a certain product by making an association with their favorite "Sesame Street" character. The Cornell researchers let 208 kids between the ages of 8 and 11 choose between a cookie and an apple. Four days in a row the kids had to make the same choice, and the researchers tried to influence their choice. The first day they put a sticker of Elmo on the cookie. The second day they put a sticker of a similar known and loved character on the apple. The third day they put a sticker of an unknown character on the apple. On the last day of the experiment no stickers were placed on the food and the kids had to choose between the apple and cookie. From the test was concluded that children would choose the apple twice as many times when it had a sticker on it. This difference in frequency did not occur with the cookie with or without a sticker.

This was something I did not expect to work, but when I put Spider-Man stickers on cucumbers, my boy would grab them fast and start munching right away. Go figure!

Of course, the ideal situation would be where by explaining to your kids the difference between healthy and unhealthy, they would of their own accord go for the right things. And the ultimate goal would be to stimulate mindful eating where children develop (or maintain) a mindful healthy relationship with their nutrition. However, these little tricks sure helped me make that message “go down” a little bit easier. Hope it helps you have a more relaxed and fun meal time!

Healthy Twinkies and Ding Dongs? Not Just For The Apocalypse
My Thoughts on the Growing Demand for Healthy Eating Options in Schools
Turning Kids into Veggie Lovers
advertisement

Healthy Twinkies and Ding Dongs? Not Just For The Apocalypse
My Thoughts on the Growing Demand for Healthy Eating Options in Schools
Turning Kids into Veggie Lovers