The Beginning of a Brotherhood

And so it begins.

You hear the saying all of the time. It is a clever way to express the beginning of something new, or a definitive end of one era and the ushering in of a new.

In this case, it’s the start of what will likely always be an ongoing battle of “That’s mine” and “He took my (insert latest/coolest toy here)!”

You see, my baby is in fact on the cusp of becoming a toddler and on the move constantly. He’s into everything and anything that can fit into his chubby little hand goes directly into his mouth.

We’re teaching him the word “no,” and though it breaks my heart when he cries, he needs to learn that the loose fibers on the carpet are not for eating and that the dogs don’t like their ears pulled.

His big brother is learning as well. To him, his baby brother is a tiny person that sits on mom and dad’s laps and drinks out of a bottle and cries from time to time. In fact, he did so well when we brought the baby home that I was shocked at how smooth the transition went from him from being an only child to being a big brother.

But now, he is crawling everywhere and constantly curious as to what big brother has going on.

Big brother doesn’t quite understand that now he has to share his toys and that now that the baby is on the go, he’s basically got a built in shadow for at least the next few years.

Sharing is such a hard thing to learn when you are young. You have all of these toys, and they are all yours, they belong to nobody else.

Then all of the sudden you have a little brother and when you see him with that toy that was once yours, you want it back and you want it back NOW - even though you wanted nothing to do with it for the past 6 months.

Let’s not forget that our oldest also wants the toys that were bought specifically for the baby or were hand-me-downs from his cousin. Oh, he wants those too. We’ve had to step in numerous times when a toy has been snatched out of those chubby hands.

But then, something funny happens sometimes.

As I have my back turned while making dinner and turn to sneak a peek at them, the baby in his high chair and my 4 year old running around the house. The baby will have dropped all of the food and toys I set on his tray onto the floor within 30 seconds of me putting them there. But, as I slowly glance at him I see his big brother emerge from the floor, with a toy in his hand, and he sets it on his tray.

“There you go buddy,” big will say to little and they’ll exchange a quick smile before they both go back to what they were doing.

This is the moment you wait for when you decide to have more than one child.

They will fight about toys, clothes, use of my car, and whatever else in the years to come. But, I was there to witness that moment and I just know there will be many more like this somewhere in the mix of the politics of sharing. 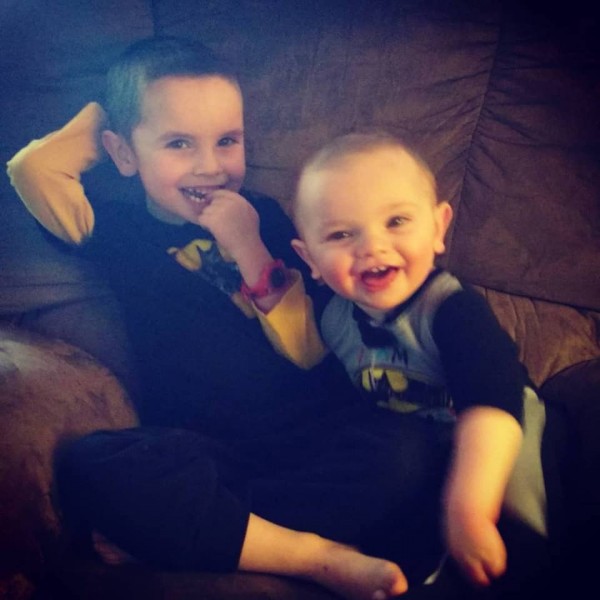 Building Brotherly Love One Bickerment at a Time
When you just might lose it, choose empathy
I know how the baby gets spoiled
advertisement

Building Brotherly Love One Bickerment at a Time
When you just might lose it, choose empathy
I know how the baby gets spoiled