In my book, they are little plastic nightmares that incite petty arguments and envy.

Friends always have more and better ones. Unfair trading with gullible young siblings runs rampant. The dumb things are forever getting waved in my face to finagle back into the sphere shape. And I can’t tell you how often I have had to scrounge around on all fours fetching a wayward Bakugan from under the couch or searching for “Snakey” or “the red one” like a needle in the haystack of our toy pile. 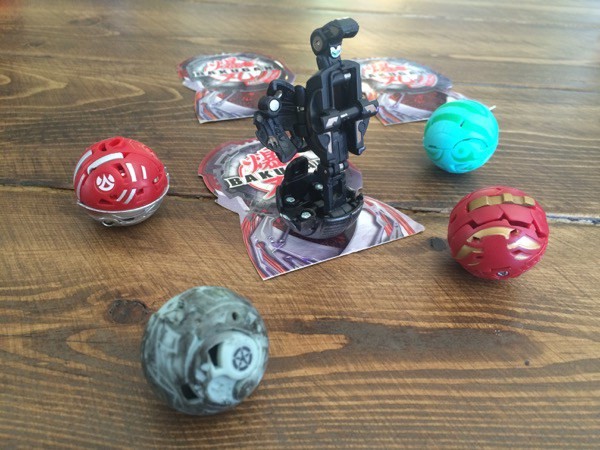 The other day, my husband and I had a brilliant idea to go grocery shopping as a date. I was giddy at the prospect of filling my house with food and getting some alone time with my husband. At this stage of my life, these are the dates of my dreams. Because when that handsome man comes with, I don’t have to bag the groceries.

We literally peeled kids off of us as we rushed out to the swagger wagon. I pried little fingers off the windows and fielded last minute grocery requests as he threw the van in reverse and hit the gas, trying to make a clean getaway.

Two seconds later, I heard and felt a subtle crunch. I asked him if we hit something (or someone) and he adamantly denied it. But after a glance in the rearview mirror, he frowned and slammed on the brakes, mumbling that there actually was something on the driveway.

We slowly approached the scene and I was horrified when my eyes fell upon a smushed case of Bakugans. My husband had run over my preschooler’s entire collection. 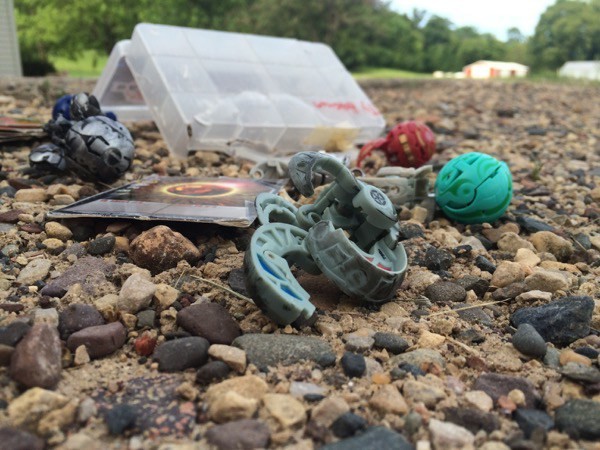 I am going to admit something here. My first response was a flash of irritation at my son for leaving his toys out. Because dag gummit, this was holding up my date. And we needed to get to the grocery store before it closed in an hour or I was on my own to shop the next day.

But I suspected my son would freak out when he learned the fate of his beloved Bakugan collection. And while it was very tempting, I knew it wasn’t fair to say nothing and leave it up to his teenage sister to deal with the inevitable discovery and aftermath.

Everything in my mommy flesh wanted to march into the house and give him a good dressing down along the lines of, “I TOLD you not to leave your crap lying around! See??? THIS is why we tell you to put your toys away!” Because we all know rubbing his little five-year-old nose in the destruction and pointing out it was all his fault would score me major mommy points.

I am very good at angry tirades. But I didn’t chew him out. Because I also knew he would be devastated.

He is only five. And five-year-olds can’t be expected to think ahead to all the possibilities that could befall a Bakugan collection left out on the driveway. Five-year-olds become engrossed in play with the friends they have over and get distracted by the excitement of daddy coming home and forget to bring toys inside. Five-year-olds are still learning cause and effect.

Reaming him out for age-appropriate behavior would teach him nothing other than to resent and fear his grumpy mom.

I steeled myself with a few fortifying breaths and headed inside to break the news, all the while preaching to myself to stay calm and be empathetic.

I called to him from the base of the stairs and heard his little footsteps down the hallway. He whipped around the corner and his face lit up with delight that mommy was back so soon. (Never mind the fact that I’d never left.)

I scooped him into my arms and told him I had some bad news. He looked up at me with trusting eyes as I calmly explained that daddy had accidentally backed the van over his Bakugans. I showed him the destruction and my heart squeezed as I saw understanding transform his sweet little face from giggles to disbelief to sadness.

I held him close as he wept hot tears into the nook of my neck. And as I wiped his face I told him the story of when I once parked my big wheel behind my daddy’s car and he backed over it. I even elicited a giggle when I grumbled that I got a big ole spanking because my daddy popped a tire in the process. And wasn’t grandpa mean to poor mommy for spanking me when my big wheel had just been destroyed?

When I knew I had his full attention and he knew he had my complete empathy, I gently asked him if he understood now why mommy and daddy get after him to put his toys away. I reminded him we loved him and want to help him keep his toys from breaking. He smiled through his tears and nodded then hugged me tight.

His sisters and brother, who had been watching curiously, each hugged him in turn. They offered their condolences that Snakey, his favorite Bakugan, had been smashed. Big brother set to work mending the ones he could and sister offered up her favorite teddy bear for a cuddle.

I fought a deep desire to be the hero, jump on Amazon.com and order a whole new set. I wanted the consequence and the empathy to marinate or the whole exchange would be meaningless. So I offered him nothing but my compassion and snuggles.

(Big brother, on the other hand, rushed up to his bedroom and returned with another Bakugan from his personal stash and a new container. Because my big kids are bound and determined to spoil their baby brother and ruin even my best teachable moments.) 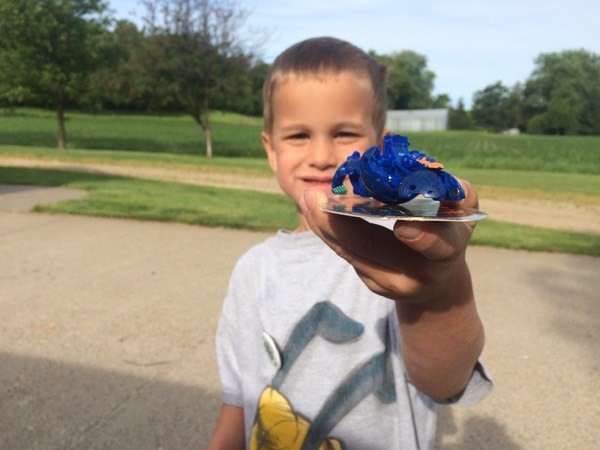 I am so glad I chose empathy over anger.

I am not a perfect mother. I raise my voice and fall prey to a short fuse just like everyone else. But when I manage to keep it together and parent with intention versus reaction, it always turns out so much better. For my kids and also for me. 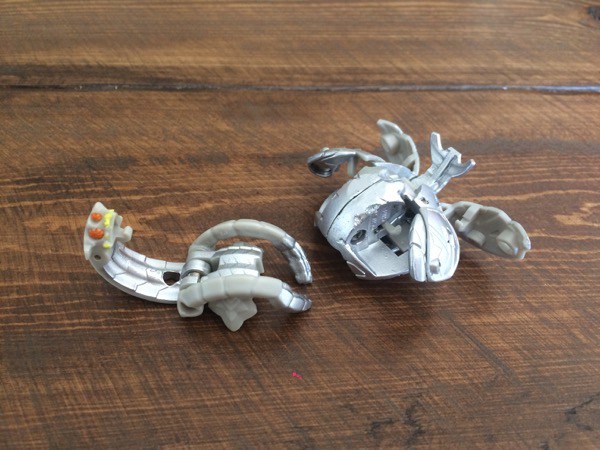 My Parenting Style: Humor!
Life Goes On... And So Does Parenting!
Dear Baby H, {Letters to my future baby.}
advertisement

My Parenting Style: Humor!
Life Goes On... And So Does Parenting!
Dear Baby H, {Letters to my future baby.}