My best friend once told me: “You are only as happy as your unhappiest child.” That statement is so valid, and when one of those children is on the spectrum, that rollercoaster of emotion is extreme and endless. On any given day, within any given hour, the man (and us by proxy) can experience immense highs and staggering lows, and you never know what’s coming. So many of the inherent skills we all possess and unknowingly take for granted are so difficult for him; understanding social cues, demonstrating appropriate empathy, engaging in mutual conversation. Layered on top of those challenges are the struggle to stay focused, to keep his body in check and to manage his often crippling anxiety. Rosanna Rosanna Danna might call him a “reaaaaaaaaaal attractive guy!”

As you’d imagine, school is met with an intense amount of pushback and requires us to put out countless fires between 6 and 8 am just to get him out the door. The higher the grade, the harder the pushback. The workload is no joke; challenging for even the most astute. For him, the demands of the day can be downright crippling. Some days he makes it through unscathed, only to come home and completely unglue for hours on end. Homework, dinner, showers and bedtime are all battles. Long and sometimes violent battles. Some days he crumbles at school, in front of his peers, and comes home full of regret and remorse. Yesterday was one of those days.

He went off to school in good spirits. Good spirits means we still had some resistance in the morning routine, he still hesitated saying goodbye in the school yard and he still asked if there was going to be a fire drill. That happens every.single.day. I hadn’t received any concerning emails from his teacher or support team, so I went about my day at work thinking all was good; no news is good news. As soon as he got home, he admitted that it was not a good day. “I refused.” Shortly thereafter, I got an email from his teacher. The kids had to write an essay about why they would make a good class representative. At this point, his teacher had to leave for a meeting and a substitute came in. Game over. He completely shut down, was unable to recover, and by the end of the day he was under the desk. Literally, under his desk. Once again, over exposing himself to his peers.

Last night, he sheepishly came to me and asked if we could talk about what happened. His typical response to our line of questioning is “I didn’t want to do the work, I was tired, I hate school,” etc. Last night he actually admitted that he didn’t understand the assignment. He didn’t understand what a class representative was, let alone be able to determine what characteristics embody a good rep and then self-reflect and articulate how he would be successful in that role. I immediately thought – woah, that is WAY over his head. Self-reflection? Not a prominent strength for kids with ASD. When I asked why he didn’t ask for help, he admitted he was scared and shy and doesn’t like talking to substitutes. Aaaaand there’s the anxiety. So, as a result, he completely shut down. We talked about what a class rep was and what qualities he had that would make a good rep. We talked about strategies he could have used to ask for help. We talked about how substitutes are just as kind and caring as teachers and that it is safe to talk to them. We talked and talked and cuddled and talked.

Fast forward to this morning and he went off to school without a hitch! I checked in with his teacher and heard that he was having an AWESOME morning and even attempted to complete the class rep essay from the day before. Later this afternoon ,I got an email that nearly knocked me off my chair. Remember that assignment that was so hard for him? The one that caused him to shut down and ruin the rest of his school day? The one I thought was beyond his capabilities? Well, not only did he write his essay, but he decided to get up in front of his entire class and read it aloud. He ran for class representative and he WON!!! I had to read the email a half a dozen times to be sure it was meant for me and not another parent. I could not stop beaming; how did this boy turn it completely around in one day? We are SO proud of him. Not only did he not give up on the assignment, but he also faced a fear of speaking in front of his class, and he won!

What makes this victory even sweeter is that his class completely supported him. His peers rallied around him and lifted him up. They have seen him at his worst. They have seen him making uncontrollable noises, watched him shut down for hours at a time and listened to him be disruptive and non-compliant. Yet, they voted for him and cheered him on. As a parent of a kid with ASD, this is what tugs at your heart. You know your kid has quirks and is different. You constantly fear he will be bullied and ostracized. You cry at night wondering if he really has friends. Will middle school swallow him? Will he be able to go to college? Will he ever get married and have a family?

To know that he does have friends and they do support him, in spite of his flaws, is all we can wish and hope for. So, thank you to his classmates for their unfaltering support and understanding of our man’s shortcomings. Thank you to the parents for teaching their children compassion and kindness. Thank you to his teachers for working tirelessly with him and spreading the message of tolerance and acceptance.

Who knows what tomorrow will bring and who even knows if he can handle the responsibilities that comes with being a class representative. We will deal with that day when it comes.

Today we will ride this car as high as the rails will take us. 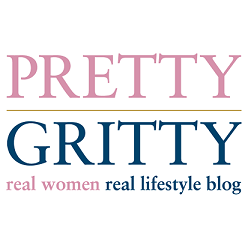 Speech Language Pathologist
Dyslexia is More than a Diagnosis.....
The Best Reason To Be a "Room Mom"
advertisement

Speech Language Pathologist
Dyslexia is More than a Diagnosis.....
The Best Reason To Be a "Room Mom"