Published by Nikki Pennington on March 22, 2018 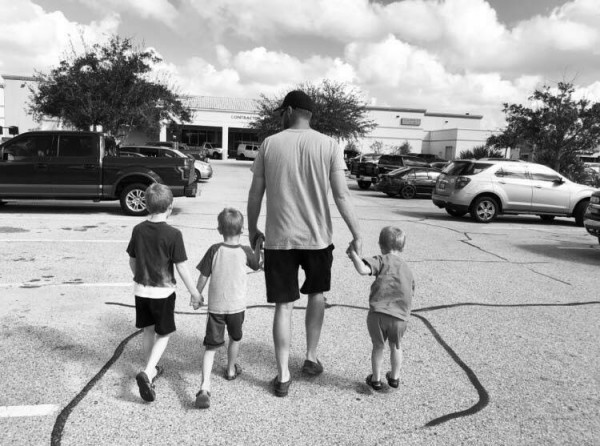 I thought mama bears coming out to protect their young were scary but want to know something that is even more scary? The ferocious growl of a big brother

It was close to Halloween and there were lots of places having little festivals with animals, hay rides, candy, all the making of precious memories for the babies

We attended a fall festival with our three sons

My youngest patiently waited in line for his turn to get candy. He stuck out his home made bag that he carried with pride when we made it to the front

“Umm excuse me, what do you say?” the lady with the candy asked. She waited and I did also assuming she would not make a big deal when he didn’t respond

Just as I was about to talk him through saying it she said, “Okay, if you can’t use your manners then no candy for you” and she walked away

I turned to my husband and said, “This isn’t okay”

That’s when I heard the sweet voice of my seven year old.

“Excuse me, ma’am, my little brother would like some candy. He waited in the line.”

“Ma’am, he can’t talk like we can yet. He can’t say everything we can say yet and that’s okay. You don’t need to give him candy, I’ll give him mine instead”

I lost it, I couldn’t stop the tears. My seven year old made a bigger impact on this woman than my words ever could have. I know because she was speechless

I can’t teach the world manners, I can’t teach others that lack the understanding that not everyone is the same and can say “Trick or Treat” or will say it the same way and that’s okay

But that day I didn’t need to teach the world anything, my oldest son taught the world a thing or two on behalf of his little brother