Potty Training: A How to Guide to Failure 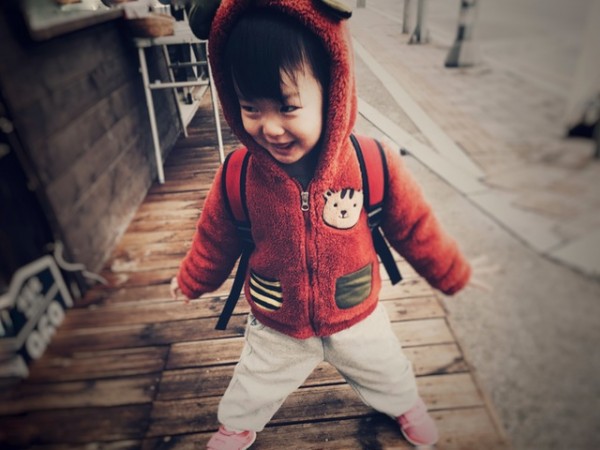 I hate to say this, but my daughter has been a bit of a test run. And bless her heart, she has survived.

Becoming a parent is one of my proudest accomplishments, but it has humbled me, and brought me to my knees on more than one occasion. Potty training was one of those occasions.

I was certain it was going to be easy-peasy. I mean, come on, every time you turn around some toddler is being praised on Facebook for their amazing work in the bathroom.

When my daughter was two-and-a-half we started talking about potty training, but it wasn’t a big deal. No pressure, just talk. She sat on the potty from time to time with no success, but that was ok. I had heard it said a million times, “One day it will just click, and they get it.” So I waited for that day.

As she got closer to three and still showed no interest in using the potty, the fear of failure began creeping in, and I started to doubt my plan. I wondered if I should be doing more to make this happen.

I reviewed our current plan.

We had enough character underwear to decoupage the Super Dome. We were set. There was no way my kid wasn’t going to kick potty training’s ass.

But then, she didn’t.

After months of waiting for it to “just click”, I did what any other neurotic, control-freak-of-a-mother would do. I scoured the internet for advice.

‘POTTY TRAIN YOUR CHILD IN 3 DAYS’ was the top result in my search, and there were about twenty more articles promoting the same plan.

Three days? Was that even possible? We had been at this for months with little to no success. I read the parent reviews, and from what I gathered, this method was designed by God himself.

“Little Timmy was a lost cause, until we tried the 3 day method. He was fully potty trained and accepted into the Harvard Law program by the end of the second day!”

Basically, you cover your furniture in plastic, put your kid in underwear and take them potty every twenty minutes. Set a timer, buy a bag of smarties, it’s no fail.

She was successful zero times. I had to throw out my living room rug and put the dog on anxiety medication. It was a, literal, shit-show.

By the end of day two I abandoned the 3-day-plan and opened a bottle of wine.

I called my best friend and recounted the events of the past few days. She laughed at me. The ‘bless your heart’ kind of laugh. She told me to put her back in a diaper and quit worrying about it.

“She won’t go to kindergarten in diapers, I promise.” She laughed.

Outside of few bad ideas in our twenties, she normally knew what she was talking about.

I put my kid back in a diaper and stopped obsessing about her bathroom habits. A month passed with absolutely no mention of the potty, and then one day she asked about it. I told her she could use it when she was ready and she said, “OK. I want to use it now.”

I braced myself for the golden shower my house was about to receive, and reluctantly helped her into a pair of Anna and Elsa underwear. She walked in the bathroom and used the potty like a boss.

I almost fell over.

And from that moment on, she was potty trained. I swear on a stack of Eric Carle books, that’s a true story.

So here I am, years down the road with one toilet-trained super genius and a diaper-clad two-year-old. I will soon have an opportunity to redeem myself in the potty training arena, and this time I have no plans or unrealistic expectations.

I’ve abandoned my neurotic tendencies (well, the ones related to potty training), and will let my son be the captain of the ship. He has already shown some interest in the potty, which is wonderful, but odds are he will continue to be in diapers for quite some time, and I’m totally ok with that.

I haven’t purchased any character underwear, and I don’t plan to any time soon. I know it will happen when he’s ready, and I plan to celebrate every successful tinkle along the way.