When I set out to potty train my first child, I received a lot of advice. I was told that I should bring my daughter to the bathroom with me so she could learn by watching me. This wasn’t a new concept at our house. I couldn’t remember a time when I used the bathroom alone. At this rate, she should be an expert. I bought a pack of training pants, and figured potty training would be easy.

A few weeks into potty training, I gave birth to my second child. My firstborn was in the routine of following me into the bathroom. Even if she didn’t, I would have been bringing her with me to keep her curious little fingers away from her new baby sister.

What I didn’t take into account was that after you give birth, there is a lot of blood. I had been pregnant for as long as my daughter could remember, so she never experienced me having my period. Not that I would know how to explain that to a two year old. Who came up with this learning by example potty training? I blame being sleep deprived for my lapse of judgment.

My sweet two year old looked at me in horror. I had scarred her for life. Now, she believed she was bleeding every time she peed. Every. Single. Time.

“Mommy, I’m bleeding!” she would scream from the bathroom stall at the mall. “Bleeding!” she hollered as she dribbled in her training pants at the grocery store. My daughter had a flair for the dramatic, and she was very loud. I would quietly try to hush her and explain for the hundredth time that it was just pee, as she cried, “There’s blood coming out of me.” Horrified, people would stare as I tried to explain that we were potty training. Most people would shake their heads and walk away from me as my daughter continued shrieking about hemorrhaging as she sat in the shopping cart.

We stayed home a lot as I prayed this stage would pass.

Shortly after, my daughter started associating meat with poop. We were especially thrilled when she announced to everyone at church that she had meat in her pants.

It was around this time that she became a vegetarian. I didn’t blame her. She believed we were feeding her poop. Maybe if she didn’t eat meat, she would forget.

Our days were filled with talk of bleeding and meat.

“Pee and poop,” I would plead.

“Urine and feces,” I would beg.

Potty training was taking a very long time with this one. I think she was enjoying watching us squirm.

On the first day of nursery school I held my breath. “Remember, it’s pee and poop,” I coached her on the drive to school. “Yes, mommy,” she said with a smile.

At pickup I was invited in. That’s never a good sign.

At potty time, my sweet child announced to her little friends that she was bleeding into the toilet. I was going to be responsible for paying for a lot of therapy.

As I tried to explain my daughter’s quirkiness, I wound up revealing too much information about my postpartum bleeding and lack of sleep.

Turns out that preschool teachers are immune to a lot of things. Granted, they never experienced a child like mine before, but they took it all in stride.

Her preschool friends started rubbing off on her, and she successfully potty trained. For the most part, she was using the appropriate terms. Every once in a while she slipped and told us she had to bleed, but we were on our way to becoming normal.

Plus, we could finally eat meat again. 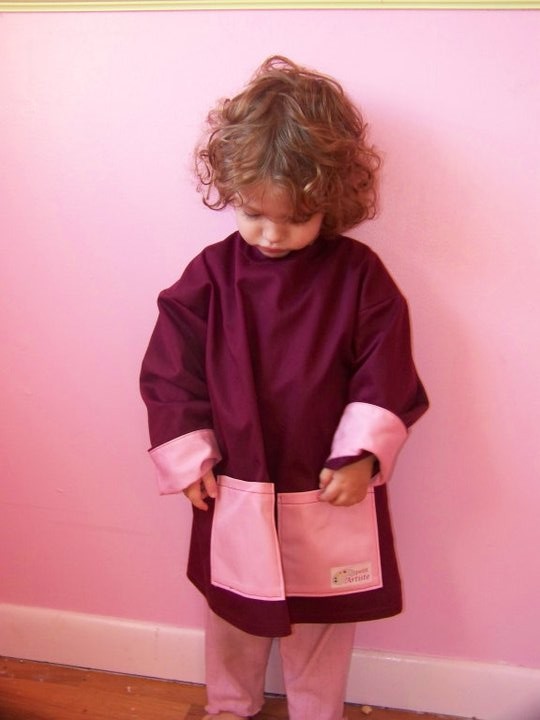 I MADE HER SIT IN HER POOP
What No One Tells You About Potty Training Your Strong-Willed Child
Potty Training: A How to Guide to Failure
advertisement

I MADE HER SIT IN HER POOP
What No One Tells You About Potty Training Your Strong-Willed Child
Potty Training: A How to Guide to Failure