Published by Tiffany O'Connor on December 13, 2017 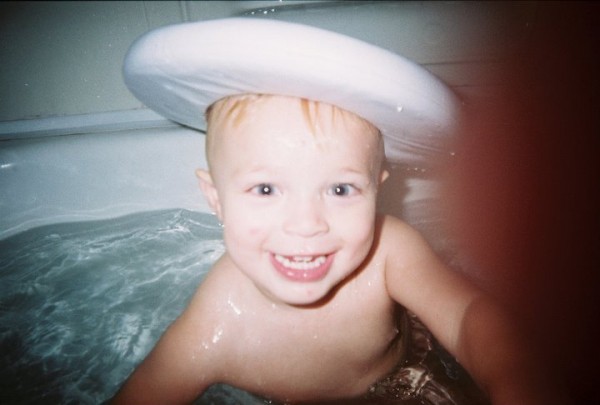 I was six months pregnant with my first child the day I jinxed myself. I was wandering around the baby department at Walmart comparing diapers. I was trying to decide if my baby would be more comfortable pooping in the diapers that claimed to be blanket soft or if he would prefer the ones made with breathable mesh when I ran into the brattiest toddler I had ever seen in my life. He was lying on the ground screaming for candy. His very pregnant, desperate mother spoke to him in a frantic whisper, begging him to get off the floor and to quit making a scene. She reached down several times to try to pick him up, but each time she got close he would snarl and kick in her direction.

Eventually, she caved in and handed him a candy bar. She looked exhausted and defeated. He consented to be placed in the cart and joyfully devoured his treat. He seemed very pleased by the fact that he had broken his mother’s will. I rubbed my belly and told my little man that we would never behave that way. I would be a good mother, and he would be a well-behaved child. I believe that he must have heard me because he never had a tantrum in the store. Instead, he found ways to make me wish that I was the mother of the naughty screaming toddler because that would somehow seem more normal than my son’s future Walmart behavior.

The first incident happened shortly after his first birthday. We were standing in the checkout line. I was mindlessly flipping through a magazine, and he was sitting in the cart being a perfect angel, or so I thought until I felt a bony finger tap me on the shoulder. I looked up from my magazine and found my son holding a package of raw hamburger meat and gobbling it down like a little Mogwai eating after midnight right before becoming a Gremlin. There were several old ladies behind me who were giving me very dirty looks. I picked him out of the cart and rushed him to the bathroom to rinse out his mouth.

I was positive he was going to die of mad cow disease. I felt like the worst mother in the world. It got even more embarrassing when the adorable teenage cashier, upon finding the package open, apologized and offered to get me a new package of hamburger and I had to explain to her that I had to buy that package because my child had just eaten half of it.

When he was 2, we started potty training. I bought him one of those cool potty seats. It was soft and white, and he absolutely loved it. It became his favorite hat. I’m not joking, he refused to sit on it, but he insisted on wearing it everywhere we went for about three months. I don’t care how many crazy people of Walmart things you have seen. You haven’t seen it all until you see the exhausted mother of a toddler walking around the store with her child in his potty hat. People would stare at us as if we were exhibits in a freak show.

Eventually, he did succumb and learned to use the potty. This led to our next incident. I was shopping for a Valentine’s Day card for my husband. I looked down to ask my 3-year-old who was holding my hand which card he wanted to give daddy. What I observed was him with his pants around his ankles peeing all over the display of birthday cards. I was too ashamed to even tell an employee what he had done. We left immediately, and to this day I still have never been back to that specific Walmart. I imagine they have my picture hanging on the wall like a wanted poster with some description about how I let my kid pee on the merchandise.

As my son grew older, he found more and more ways to make me wish I hadn’t judged that other mother. There was the time when he was 4 and I was pregnant with his brother when we walked past a very nice family and after playing peek-a-boo with their baby he loudly announced that he wanted his brother to be a brown baby and not a peach baby. He told me brown babies were prettier than peach babies. I told him that we couldn’t pick out his brother’s skin color and that the baby in my belly would be peach like him. He then informed me that I could buy him a brown baby and he continued throughout the store screaming at me super loudly to buy him a brown baby. We got several horrified looks.

There was another time when he was convinced that an older lady we walked past was a troll and got excited and pointed at her screaming “Mama, mama, it’s a troll!” Let me tell you: she was not amused. The look she gave me was probably the same look that a troll would give the billy goats right before it ate one of them.

Then there was the time he refused to leave the store for 10 minutes because it was raining and someone at school had told him that rain was God peeing and he did not want to get peed on. He also yelled at everyone who walked past him out into the rain and let them know that they were getting peed on. I couldn’t decide if I was mortified or amused.

The most recent incident occurred a couple of years ago. I had gone to a "Fifty Shades of Grey" charity event with some friends. After a few glasses (OK... a few bottles) of wine, we decided to create our own list of hard limits. Mine was a very uncomfortable place that isn’t the back of a Volkswagen (if you get the "Mallrats" reference). I used a crayon and a cocktail napkin to write down our list and then absentmindedly threw it in my purse. So later, while looking for gum in my purse, my son found the napkin I had forgotten it even existed. He asked me loudly why we couldn’t have a lizard. When I looked at him confused, he waved the napkin around in front of everybody in Walmart and said, “See you wrote 'no anole' like the lizard. Why don’t you like lizards, Mom?” This is the only time in my life I have been happy that he wasn’t a great reader. However, the 60-something-year-old cashier had no problems reading it.

The moral of all of this (other than that my son and I should be banned from Walmart for life) is that we need to stop judging each other as mothers. We are all just doing the best we can every day. We all have our own bad mommy moments when we question if we are even cut out for motherhood — but if you love your kids fiercely, you are. My oldest is 13 now. He is compassionate, hardworking, and well-behaved, according to his teachers. He survived all of our incidents at Walmart and still turned out OK. So now when I see a mother trying to deal with her own Walmart incident, I give her a smile and let her know it’s all going to be OK.

Originally published in the book "The Unofficial Guide to Surviving Life With Boys." 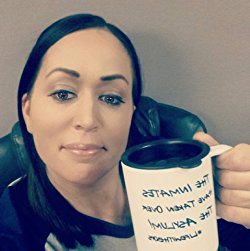 Tiffany O'Connor is the author, freelance writer, and blogger behind #lifewithboys. She is the co-author/editor of THE UNOFFICIAL GUIDE TO SURVIVING LIFE WITH BOYS. Tiffany is a mom to two amazing, energetic, and fearless human boys and one loveable furry boy dog and is married to her high school sweetheart.

Life After Adoption: Is Love Enough?
On the Potty Training of Toddlers
You WILL get through.
advertisement

Life After Adoption: Is Love Enough?
On the Potty Training of Toddlers
You WILL get through.