The Day I Finally Felt Like My Baby's Mother

Published by Maureen@Raising The Capable Student on November 15, 2017 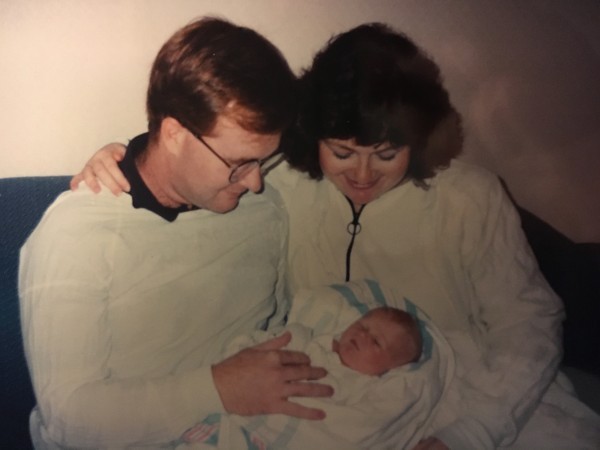 I couldn’t wait to be a mother. When I became pregnant with my first baby, I embraced my soon-to-be motherhood with dedication. I studied all the books, researched all the best parenting practices, and planned every tiny detail of newborn motherhood. One thing I did not plan on was that our son would be born way past his due date. When he finally entered the world, he was underweight with low blood sugar and he was quickly whisked away to the NICU.

Motherhood felt unreal to me while my baby was in the NICU. Every day I went to the NICU in hopes of doing “mother things” with my baby, but more often than not, I would spend most of my time talking with doctors or residents. I found them all to be bewildering and frustrating. Every day meant a different doctor, a different opinion, a different prognosis, and the whole time I secretly wondered when I would feel like a real mother.

My son’s NICU was in a large teaching hospital, and while I respect that doctors have to learn their profession, I can tell you that I have contributed all I ever care to toward the education of the medical profession. Having an over-tired 20-something (and in need of a shower) tell me that my tiny baby might need a spinal tap was a low point.

I remember the resident casually talking to me about infant spinal tap procedures while stifling yawns, and all I could think was, who are you, and why are you talking to me about my baby? The next morning his pediatrician scoffed at the spinal tap idea, and reassured me that my baby did not need one. I struggled daily to understand who was whom, and why they were offering me an opinion on my child’s health and his prognosis.

Even though all the doctors and the nurses referred to me as the mother, I never really felt like my baby’s mother. I felt like a special visitor, but not a mommy. It’s hard to bond with a baby who belongs to the hospital, but I was determined. I wanted him to know I was there, and I was his mother, but every visit was just that – a visit. My baby really belonged to the doctors and nurses, and I did what they told me to do.

Finally, and thankfully, the day came when our baby was discharged from the hospital. My husband had gone to pull the car around to the pick-up area, while I remained in the NICU dressing my baby in his white outfit with the little blue bunnies on it. I was so happy, and I remember I was humming a tune under my breath, when an attending physician I had never seen before walked into the NICU followed by his posse of residents.

I knew that there was no way that doctor was going to touch my baby. We were finished, we were on our way home, we were happy. I was beyond grateful to the doctors who had treated my baby and helped to make him well again. Words would never be enough to thank those doctors, but this doctor was different. He didn’t have to examine my discharged baby – he just didn’t want to be embarrassed in front of his posse of residents.

I stood my ground and told him, “No.”

We stood there staring at each other, each one dug in, and into this silent standoff, the nurse said, “I believe the mother has spoken.”