On the Potty Training of Toddlers

Published by Jeremy Summerlin on July 3, 2018

Mere moments ago, after many long months of toil and struggle, my three-year-old son Henry finally overcame his fears and pooped in the big boy potty. There’s been much rejoicing in the Summerlin household today, I can assure you.

After my wife and I examined and Instagrammed his odiferous offering and confirmed the blessed tidings, we whooped and hollered and overall made a huge deal of how proud we were of Henry for taking a dump on his childhood while simultaneously taking another step toward adulthood.

His excitement mirrored our own, especially after he got to pick out a special treat from the “defection treasure chest” of prizes. (Tootsie rolls only, of course, to keep his mind on the right track.)

Eventually, as he chomped away at his piece of hard-won candy, he turned to me and asked, “Dad, are you very proud of me?”

I facetiously hemmed and hawed for a few minutes just so he couldn’t feel entirely certain of my love, before assuring him that I was, in fact, VERY proud of him. “But,” I continued, “in exchange for my approval, I do have one favor to ask of you, my boy.”

I gave him a serious look, which he placed in his pocket for later, and I said, “I need you to act excited for ME sometimes. I’ve been married for long enough now that Mommy no longer gets excited when I, her own husband, poop in the potty.”

He looked shocked. “Not even if it’s a really big one?”

I shook my head sadly. “ESPECIALLY not then, she very specifically said.” A single tear, one born of long neglect and loneliness, welled up in my eye and whispered softly down my cheek. “There was a time, my son, when a gigantic toilet dweller would have entered our bathroom with such thunderous thunder and trumpeting trumpets, and the whole household would rejoice.” A wistful look settled over my face as I looked into the distance of time and memory. “I’d gather together what strength remained to me after having birthed such a glorious new addition to our home, and I’d shout aloud for your mother. ‘Come see, my love,’ I’d say. ‘Come share in the honor that this porcelain throne now holds.’ Alas, alas...” My voice trailed off, as sorrow filled my chest and the recollections of youth and early marriage clouded my mind.

Henry, rapt as he listened to my tale of woe, scooted closer. “When did she stop loving you, Dad?”

“I’m not exactly sure, son,” I replied, “but my best guess puts it on December 21, 2014: ‘The Day of the Dragon Spawn,’ as we now call it.” I looked down at him. “We called it that due to its size and the burning fire that accompanied its birth.”

Memories of that day flooded my mind. “It was cold, Henry. So cold that day. But I felt a still colder chill thereafter. Your mother and I, we’d been married over three years by then. The new marriage smell had worn off and was no longer strong enough to countervail and disinfect the supernatural forces I’d invited to possess the bathroom that winter evening. I shouted for your mother to come and meet him, that glorious son of mine.” I smiled. “I wanted to give him a name that would create fear in the hearts of all his enemies. So I called him ‘Satan’s Foe,’ because the devil had ejected him from Hell itself for being just. too. much.

“When your mother arrived, I thought she’d be proud, just like she had been in the past—“

[Editorial interjection from Stephanie: “I was never proud.”]

“—but this time? It was different. She recoiled from her own offspring, revulsion consuming her visage like it never had in the past.”

[Editorial interjection from Stephanie: “I always recoiled. Because it was gross. And why are you putting this on Facebook? People will see this, you know.”]

A sob, long quelled, escaped my defenses and rushed from my body to fill the air around around us. Henry looked worried. “The memories are still too raw,” I whispered to him between the tears.

I regained my composure. “She left the bathroom in a fury that night, although I pleaded for her to return and to try and love Satan’s Foe as she loved me, for, I argued, ‘He was once a part of me, too.’” My head dropped to my chest and my voice became as quiet as a soft breeze. “But she refused to come back. And I had some doubts that I could live without her, so I had to choose. She made me choose between her and Satan’s Foe.”

Henry was silent, fearing to ask the obvious question. But finally he overcame his trepidation. “Wh-who did you choose, Dad?”

“It was no real choice, my son. On the one hand I had the flesh of my flesh, the bone of my bone, the one who was One With Me. And then there was your mother.” I sighed. “I chose your mother. And I flushed Satan’s Foe away forever.”

I looked Henry steadily in the eye. “I made a man’s choice that day, Henry. And so I carry a man’s burden with me even today, one that weighs down my soul and wearies my heart.”

Henry thought deeply for a moment before asking, “Do you think you made the right call, Dad?”

I looked over at Stephanie, who stopped rolling her eyes in disgust just long enough to say, “This is not fit for Facebook,” and I replied, “I wouldn’t change a thing. I can always spawn another dragon. But your mother is the only dragon I will truly ever need.”

[Editorial interjection: “That is not romantic.”]

Henry took these words of wisdom to heart, and now, each time he spawns his own dragons anew, I see him murmur a quiet word of gratitude even as he flushes his creation away. And together, we honor their sacrifice, that this nation might live.

Henry is a man now. And, to reiterate my answer his question from way back when this post was about potty training: Yes, Henry, I’m VERY proud of you.

And also of your toiletary offspring, Son of Satan’s Foe, Jr. Thanks for remembering. #NeverForgetDragonSpawn2014 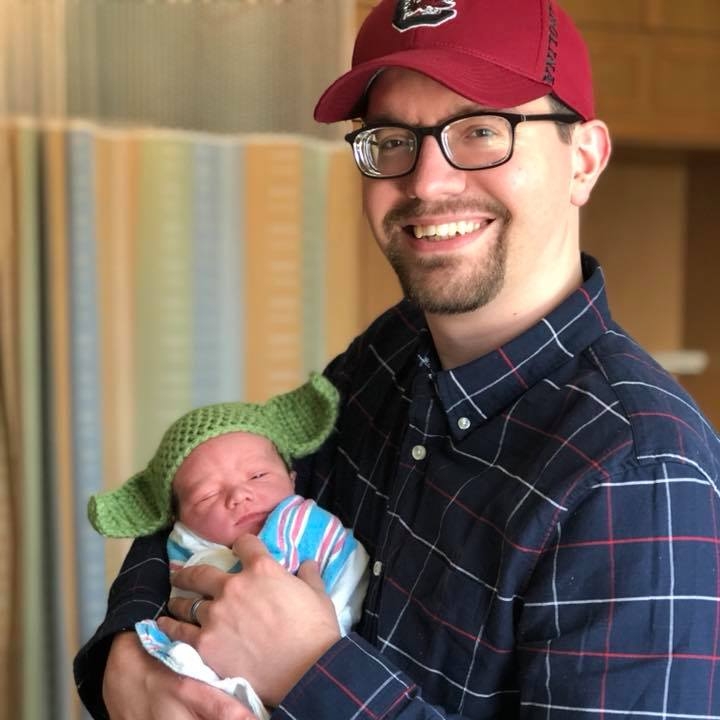 Why Do People Stare?
The most important part of the kindergarten curriculum
'You did the best you could,' my grown son said
advertisement

Why Do People Stare?
The most important part of the kindergarten curriculum
'You did the best you could,' my grown son said