Published by Shannon Armenis on July 8, 2020 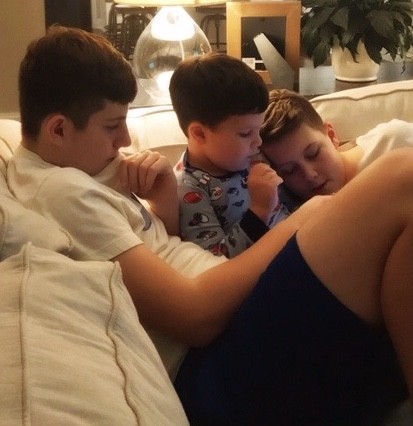 Imagine if we approached racers running a marathon the same way mothers are approached and sometimes attacked concerning their parenting abilities. If the spectators spread along the race course offered criticism, judgment and opinions to the struggling runners ready to quit. "YOU ALREADY HAVE A CRAMP!?! YOU MUST NOT BE RUNNING RIGHT!!"... "YOU NEED A WATER BREAK ALREADY!?! I NEVER NEEDED A WATER BREAK THIS EARLY!! YOU OBVIOUSLY DIDN'T SET CLEAR HYDRATING EXPECTATIONS!!"..."WHY ARE YOU RUNNING SO SLOW!?! YOUR RUNNING IS INTERFERING WITH THE PACE OF THE OTHER RUNNERS!!... YOU CLEARLY NEED NEW SHOES! KNEES TO CHEST, MARY!"

Unfortunately, many continue to assume that a willful child who may take a little longer to understand their emotions and boundaries is a direct result of a lack of parenting. However, in many cases those parents are working twice as hard. Believe me, I have been on each side. I am lucky enough to have had the opportunity to parent two children with fairly easy going personalities first. I am also lucky enough to be humbled by a head strong, independent little wild card, so when I see another mom struggling I will never hesitate to say "I know it's hard, I have been there. Keep pushing, you are almost done running uphill. Let me tie those laces for you. Better yet hop on sister, let me help you to the finish line.”