Published by Jennifer Swartvagher on May 4, 2016

I thought my life changed when I gave birth for the first time, but the reality is, my world was completely turned upside down when I birthed a child that would never take his first breath. In a very short period of time, I went from an expectant mother to a bereaved parent.

It may seem unfair, but after a baby dies in utero, your body still needs to go through labor and delivery. Instead of wishing each contraction away, the pain was reminder that my baby was still with me. As each contraction waxed and waned I had the time to process the words, “Your baby doesn’t have a heartbeat.” There was a constant battle going on in my mind. Words that would have comforted me in the past took on a different meaning. I would have endured labor for eternity if it meant I could keep my son with me. In those moments between contractions I wondered how you rationalize someone dying before they are actually born.

With my final push, he was born and death became a stark reality. In that one instant my pregnancy was over and all naivete was lost. I do not look at pregnancy in the same way anymore.

Surely the countless baby books I read and the birthing classes I attended prepared me for what would medically and physically happen in the delivery room, but no one really discusses the emotional aspect of stillbirth. In the back of your mind you know complications exist, but you never think it can happen to you. I was floored when it happened a second time within the same year.

There are no words that could even begin to describe the deafening silence that fills the delivery room when a baby comes into the world without a sound. Holding my breath, I still waited for that first cry. Not even the doctors knew what to say.

My former memories after delivery revolved around cups filled with crushed ice and apple juice and checklists to record my baby’s input and output. After my loss, the room I delivered in was quickly erased of all baby gear. In her haste, the nurse missed a bottle of baby wash which was placed next to the bathroom sink. Each time I went in to wash my hands, I made sure to drink in that new baby smell. The folder placed next to my bed looked like the same one which I had seen after my previous births, but instead of information about cord care and feeding, it was filled with the names and phone numbers of local funeral homes. The flyer advertising mommy groups was replaced by the number of a support group. Everything seemed to be in place except for one very important piece of information.

How do you parent a child who no longer exists in the physical world?

These children do not take up space in my home, yet they reside in my heart. Death does not negate the fact that I bore two sons, and until the end of time they will be mine. How can I make sure I am honoring their lives each and every day?

Grief blurred my vision. Closing my eyes, I would dream of an alternate universe where all of my children existed in the same space. When I snapped back to reality, all I had were a few photographs I was nervous to display for fear of being thought of as morbid.

I never thought I would give birth and hours later leave the hospital with only a cardboard box filled with a tiny blanket and even tinier footprints. Putting my baby down in his bassinet and letting the nurse take him away was one of the hardest things I will ever have to do. 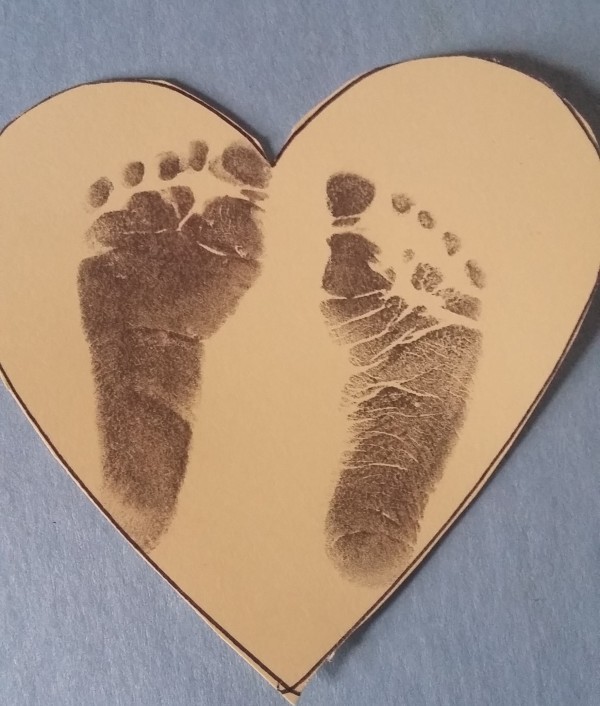 I could add on to my family ten times over, but my boys will never be replaced or forgotten. When we are out, and I am counting heads, I will always feel like someone is missing.

Even when there are ten of us crowded around the table with no elbow room to spare, the two empty spaces are obvious to me.

It’s funny though, I used to only see the emptiness, but now I see hope as well.

Five years of holding onto those empty spaces in my heart has simply made more room for love. I hug longer, listen closer, and always give an extra kiss or two. I also tend to read that extra book at bedtime, even when I don’t feel like it.

My sons’ stories will continue, just not they way I had originally planned.