Published by Jennifer Swartvagher on April 23, 2017

There are two empty spaces at our dining room table.

After I lost Bennett, I would wake up and reach down to touch my swollen abdomen, thinking he was still with me. In an instant, the memories would come rushing back. I should have been counting down the days until his birth. Instead, I was counting the days since I last held him.

As the snow melted and spring started peeking it’s head in, I remembered looking forward to the change of season. Spring meant my sweet boy was coming. It had been almost 8 years since I brought home a baby boy. Weeks turned into months of missing what could have been.

Three months later, we were expecting again. By 25 weeks, Elijah was gone. I knew it once they wheeled me from triage to the room at the far end of the hallway. The room I was in just a few months earlier.

The innocence of pregnancy is long gone once you lose a baby.

I will never be able to get the image out of my mind of Evan carrying Elijah’s tiny casket out of the church and placing it in the hearse. He was so proud to carry his brother. He didn’t want anyone to help him. Carrying him for the last time was the one thing Evan could do as Elijah’s big brother. My sadness overwhelmed me both for my loss and for Evan’s loss as well. 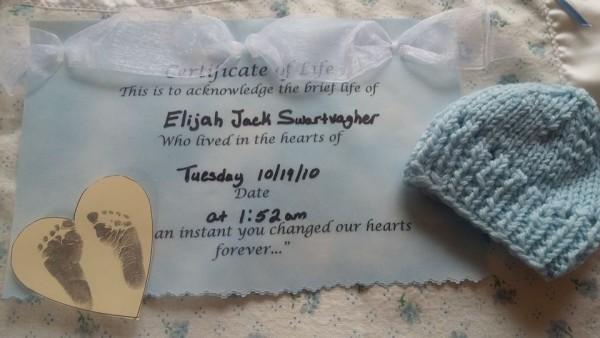 I kept saying I would never get pregnant again during Elijah’s pregnancy. I was set to leave this chapter of my life behind, even if there was a tragic ending. Even so, I felt incomplete. Even though my body had betrayed me twice, I wanted to try again.

By springtime, I was pregnant again. With two losses under my belt, the pregnancy I had longed for was now my greatest fear. I kept waiting for the other shoe to drop.

24 weeks into the pregnancy, my water broke. Every time they checked the fetal heartbeat, I prepared for the worst. The baby held on for five days until I developed an infection which prompted an emergency Cesarean section.

My micro preemie, Linus, after spending three months in the NICU, was my take home baby. He has healed my heart in ways he will never understand. 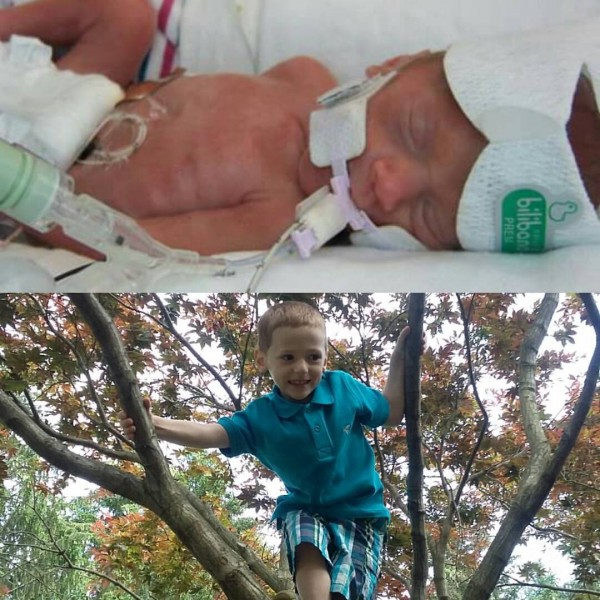 I could add on to my family ten times over but my boys will never be replaced or forgotten. I will always feel like someone is missing. The empty spaces travel with us. If you look really close, you can see those empty spaces on the school bus, sitting between my living children.

Even when there are ten of us crowded around the table with no elbow room to spare, those two empty spaces are obvious to me.

It’s funny though, I used to only see the emptiness, but now I see hope as well. My sons’ stories will continue, just not they way I had originally planned.

All these years of holding those empty spaces in my heart has simply made more room for love.

There are two empty spaces at our dining room table
A miscarriage around mothers day..
Adventures of a Reluctant Bedrest Queen
advertisement

There are two empty spaces at our dining room table
A miscarriage around mothers day..
Adventures of a Reluctant Bedrest Queen