OUT OF MY WAY....and straight in to your heart forever!

Linus, is an 11yr old pug that I adopted in 10/2016 after my 13yr old girl pug passed. At the time, I had a boyfriend that I had given the pet name "Sweet Baaboo" from Charlie Brown. He didn't want me to have another pug even though I have always had a pug in my life for almost 45 yrs. I didn't listen to him and within an hour of posting an ad looking to adopt an older pug, I learned of Linus (his actual name already given). And he is a REAL SWEET BAABOO! Greatest guy ever. He is living out a great life, not only with the Silverado, but is spoon fed and catered to his every whim. Which all fur children should be. I would rather be with Linus than any other human being. This is what they mean by unconditional love. Forever. RESCUE OLDER PETS!!!!!!!!!! 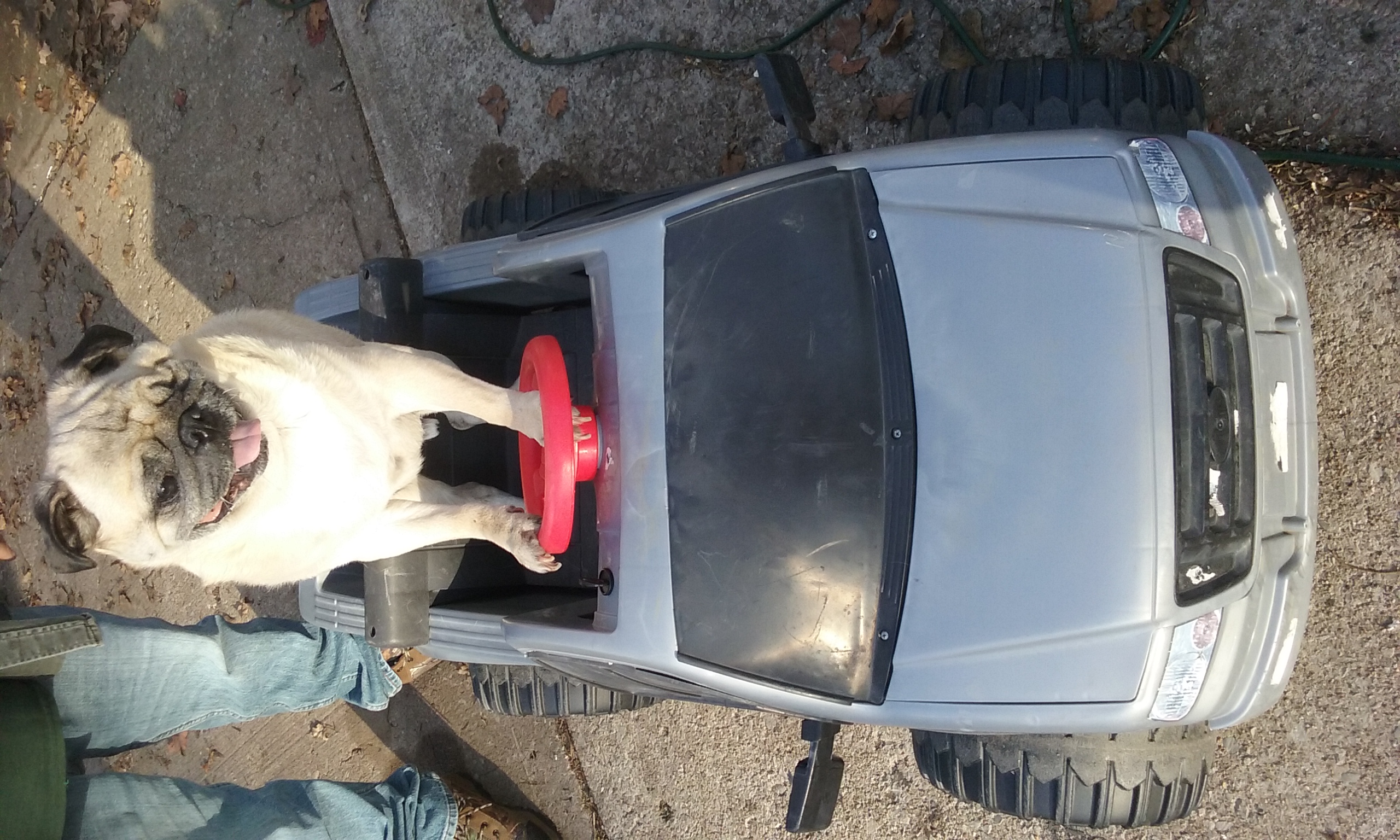 Peace, quiet and solitude. And a pug.

OUT OF MY WAY...and straight in to your heart forever!
No Naps!
Muddy Puddles
advertisement

OUT OF MY WAY...and straight in to your heart forever!
No Naps!
Muddy Puddles