Published by TheNotsoSuperMom on August 7, 2015

I have a teenager, a tween and a preschooler. That baby of mine will soon get on a bus and I won't shed one tear. 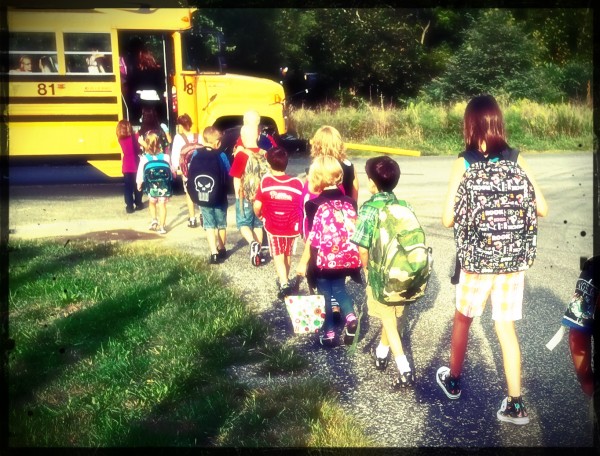 I vaguely recall getting a little weepy when my oldest one went off to school for the first time. She was shy and I was a little worried that her shyness would be a barrier to making friends, speaking up in class, and speaking up for herself. We hadn't lived here a year at that time and although we had made some friends in a local moms group, most of those friends wouldn't be in school with her. I was probably even a tiny bit terrified that, like mine, her shyness would persist through her elementary school years. Little did I know that by the time she got to middle school she would have done five different plays and five years of summer theater camp. Obviously the shyness has been overcome and my tears were unwarranted.

When my tween first went to school I was not 100 percent dry-eyed either. I was much less concerned for him socially but he has a late August birthday and he was (and still is) one of the smallest and youngest kids in his class. Lucky for him his personality is huge. Any fears about him holding his own with anyone bigger were quickly quashed when I brought him to school late one morning mid-Kindergarten year. I walked him down to his classroom and as we entered the room we were blasted with a chorus of "OWENNNN!" like he was Norm from Cheers. The popularity is strong in this one.

My littlest one is now four years old. In reality we have a little over a year to go before she climbs the steps on the big yellow bus but I. Can't. Wait. And I don't feel one bit of guilt about it.

If I have learned anything from my three kids it's that they are all different. That may seem like a "duh!" thing to say to anyone who has more than one kid, but I don't think it can be overstated. I could tick off a long list of how my oldest is different from my middle is different from my youngest in everything from sleep habits to sense of humor. I wonder how much of these differences are nature vs. nurture. Priorities and obligations change. Maybe she got less attention as an infant than the older two. Maybe she's just wired to need more of it.

Given the opportunity to stay at home with dad or go to daycare, she will choose daycare every time. As much as my husband enjoys endless rounds of Disney Princess Yahtzee and combing Barbie's hair, he doesn't stand a chance against a room full of books, toys, and games, and friends. My little girl needs an agenda and school will be good for that. She needs the mental stimulation just as much as my husband needs the mental break from Doc McStuffins and the Bubbleguppies.

She is not shy or small but she she knows what she needs. I will be happy that she will have a place to go that will fill that need for her, a place that will suit her and that she will look forward to every day.

So the day will come when she gives me my last hug and a last kiss and runs to that big yellow bus. And when she turns around to wave goodbye, climb the steps and find her seat, I will watch her with dry eyes. 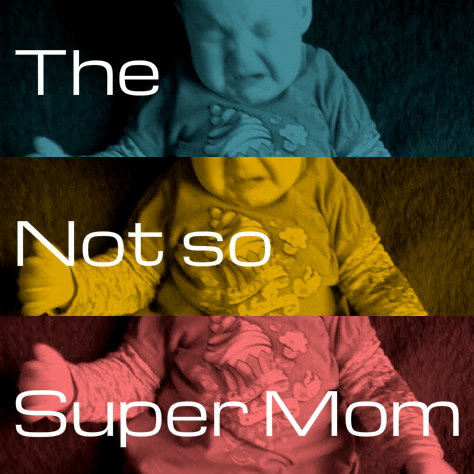 Melanie Madamba is The NotsoSuperMom: forever nerd, mother of three, and coffee addict. Not to be confused with a Super Mom or anyone else who seems to have it together. She writes to escape the laundry and to pretend that someone is listening.

My child is shy. How do I help?
This Boy Jack
Lessons Learned at the Playground — And Why There's No Shame in Being Shy
advertisement

My child is shy. How do I help?
This Boy Jack
Lessons Learned at the Playground — And Why There's No Shame in Being Shy