Never in my wildest dreams

Published by Nicole Norman on November 9, 2017

When we first learned that we were having twins, we were absolutely thrilled. After trying so very hard for years and years to have just one baby, the sound of having two at once was music to our ears. It was not easy by a long shot, after four rounds of artificial insemination and one round of a failed IVF attempt, we were at our wits end to say the least. So when our fertility doctor said two we nearly passed out with shock. We waited the usual three months before we told family members and friends, well for the most part we did. After the wait we gushed about the two lives growing inside. It was a very very hard and painful pregnancy that was filled with frequent doctors visits. I remember saying to myself and asking the doctors “is this normal?” When I see pregnant women and hear their stories, they never complain of excruciating pain. I knew very early on, something wasn’t right. Well I was right. At 26 weeks, I was given a referral to a high risk pregnancy doctor and that day he put me on bed rest. Being the dedicated employee that o was. Feeling bad about all of the time that I had already missed out of work, I stopped by the office to gather my laptop and prepare for an indefinite pregnancy bedrest. Well that didn’t last that same night I started having contractions, they were coming every five minutes. After a call to the emergency hotline, we were on our way around the beltway to the best NICU we could find. A few hours later we were in our room hooked up to vital machines and a substance to try and stop the labor. I was visited my nurses and doctors constantly. I stayed overnight but we just knew that everything was gonna be just fine until I heard those words from the doctors mouth. My placenta had abrubted and they would have to take my babies. My heart stopped and the room stood still. Panic set in as everyone rushed around to prepare for an emergency cesarean. My babies were born at 26 weeks Chloe 1 pound 15 ounces and John Jr 2 pounds 6.7 ounces. Chloe gave us a scare she was born not breathing and no heartbeat but doctors were able to resuscitate. I had never seen a premature baby before and the sight of my babies literally horrified me, their fragile transparent skin, all of the needles, the breathing machines, I was overwhelmed and afraid. I asked doctors daily would they make it through the night but it was all uncertain. Never in my wildest dreams had I ever imagined leaving home without them. The visits to the hospital for feedings and kangaroo care were bitter sweet. The nurses became my heroes and best friends for the next 3 months. Chloe came home first and a week later on Christmas Eve Santa brought my little man home. I broke down with tears of joy. We are so blessed that now five years later our miracle babies are healthy and thriving. Words could never express my appreciation for the team at Holy Cross hospital in Silver Spring, MD. 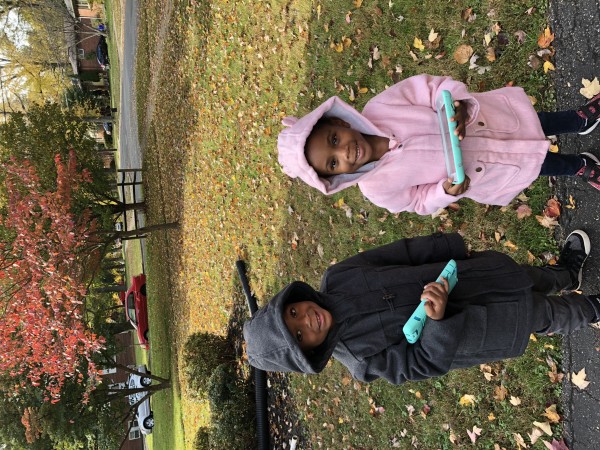