Little Warriors: The Fight for Life

There are many beautiful things about the 9 months of pregnancy parents get to experience: setting up the nursery; picking out names; attending baby showers; the feeling of anxiously awaiting the day the little miracles growing inside of you join the world. Unfortunately, it doesn’t always go quite that way for some parents as sometimes things do not go as planned and babies arrive early. And sometimes, early is “far too early”.

This was the case for me and my twins, Jaxson and Abigail. Jaxson was the culprit in this scenario as he was “in a hurry to get somewhere”. He broke my water, forcing both him and his sister to join this world 16 weeks premature…yes 4 months early. He weighed only 1 pound 7 ounces and Abigail only a mere 1 pound 3 ounces. 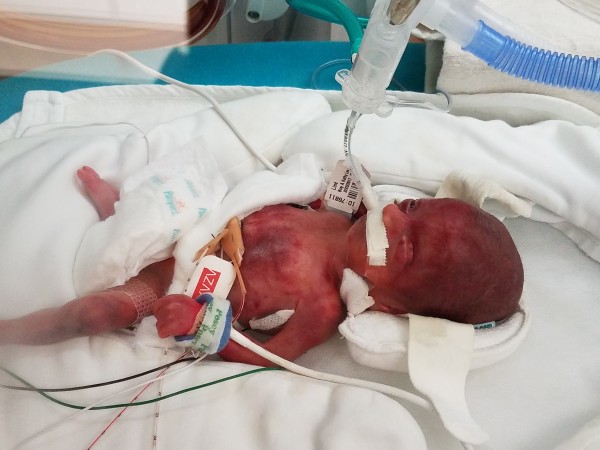 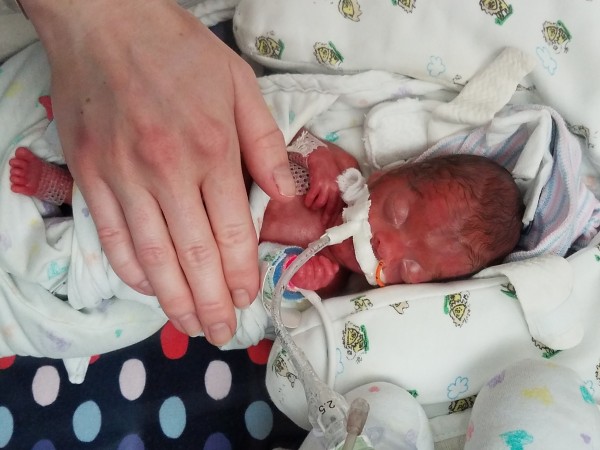 These are my first children and as a single mom I wasn’t prepared for the onslaught of medical jargon, procedures, medicines, and required care; Let alone the typical birth related issues that come with an emergency C-section. I wasn’t prepared for what I saw when I was rolled into their rooms. As I laid there still in my hospital bed, staring at my babies, words were not sinking in and it did not feel real. There were so many wires, tubes and machines helping them live. As my babies lay there in their man-made wombs, I thought to myself, “How can something so small and fragile survive this?” As the doctor droned on and on about the fight they were facing, my aching, groggy, anesthesia-induced head just could not comprehend. Staring at their translucent and transparent skin; heartbeats popping out of their chests; underdeveloped eyes covered; under UV lights... they were so tiny and I honestly still don’t remember most of what was said.

I do remember though (but wasn’t prepared for) the doctor telling me that after being pulled from my womb, my son wasn’t breathing for 8-10 minutes and required resuscitation. I wasn’t prepared for brain bleeds that could cause long term developmental issues. I wasn’t prepared to learn that if the bleeds didn’t stop, I would be faced with ending my son’s life. Nor was I prepared for consenting to multiple blood and platelet transfusions. I was not equipped to make decisions about surgeries due to Jaxson’s intestinal blockages when he was just five weeks old and 2 pounds, 3 ounces. I wasn’t prepared for a second surgery just two weeks later to close his Patent Ductus Arteriosus so he could breathe easier and grow bigger. 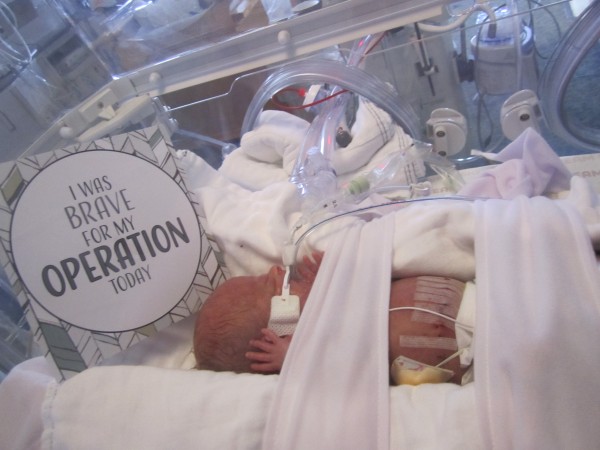 I wasn’t prepared to face the uncertainty of an unknown infection that was threatening my daughter’s life. I felt like I was at the mercy of doctors and medicine as they administered broad antibiotics with hope but uncertainty one of them would combat the infection and cure her so she could fight on. 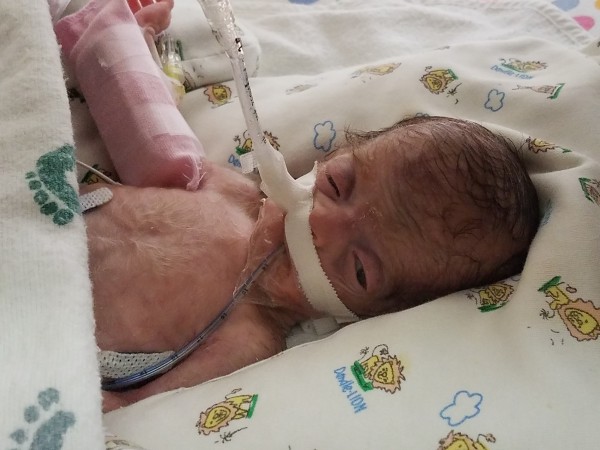 I wasn’t prepared for retinopathy of prematurity that required two laser surgeries for my son and one for my daughter to prevent their retinas from detaching and causing blindness. I wasn’t prepared to make daily hospital visits for 153 days; and I definitely was not prepared for 68 days being at two separate hospitals. I had to travel all over town, day and night, just to visit my babies, monitor their care, (eventually) hold them, and feed them. I wasn’t prepared to spend countless hours each and every day staring into their incubators, watching them breathe, jumping at every monitor alarm, and waiting until the next session of care so I could touch my babies.

I wasn’t prepared for the fact that premature babies often times have oral aversion due to prolonged intubation of breathing apparatuses and may never take to bottles or breastfeeding. The last month in the NICU was slow and agonizing as feeding was the one thing keeping us from going home. As the days passed by it became clear that a Gastrostomy tube (feeding tube) was necessary for both my babies so they could come home, which meant another surgery and a new onslaught of special care and knowledge. I wasn’t prepared for that either. Being in the military I was trained to be tough but nothing prepared me for the amount of medical equipment that I would become intimately familiar with and learn to operate, read, and maintain myself.

I wasn’t prepared to be a single mother to extremely premature twins BUT I got prepared and I made it through! And we continue to make it through each and every day. You truly don’t know how strong you are and what you can endure until you are faced with such a thing. But you find out quickly and you do what you have to.

My strength is nothing compared to theirs though. My Little Warriors fight for their lives, every hour of every day; while they were in the NICU and still today. They had a team of doctors, nurses, respiratory therapists, occupational therapists, social workers, family and friends ‘cheerleading’ for their recovery. I had no choice but to get prepared; I could not let them down because I am their mommy and I am all they have at the end of the day. So together we face whatever battle comes our way. They are so strong! My miracle babies! My warriors! They have endured so much in their short lives. The least I can do is continue to battle alongside them through this journey called life; and foster and nurture that spirit they have as they continue to fight for their lives. 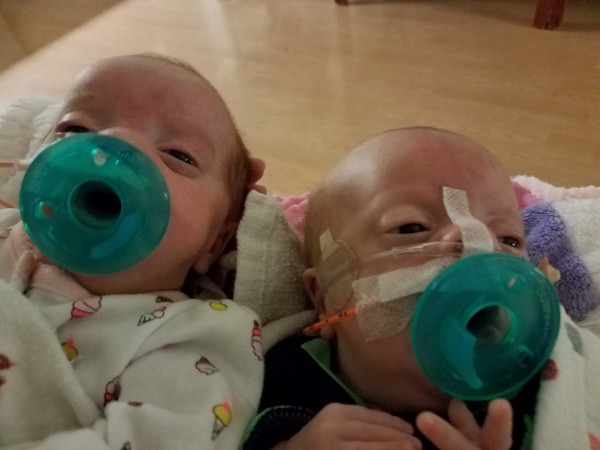 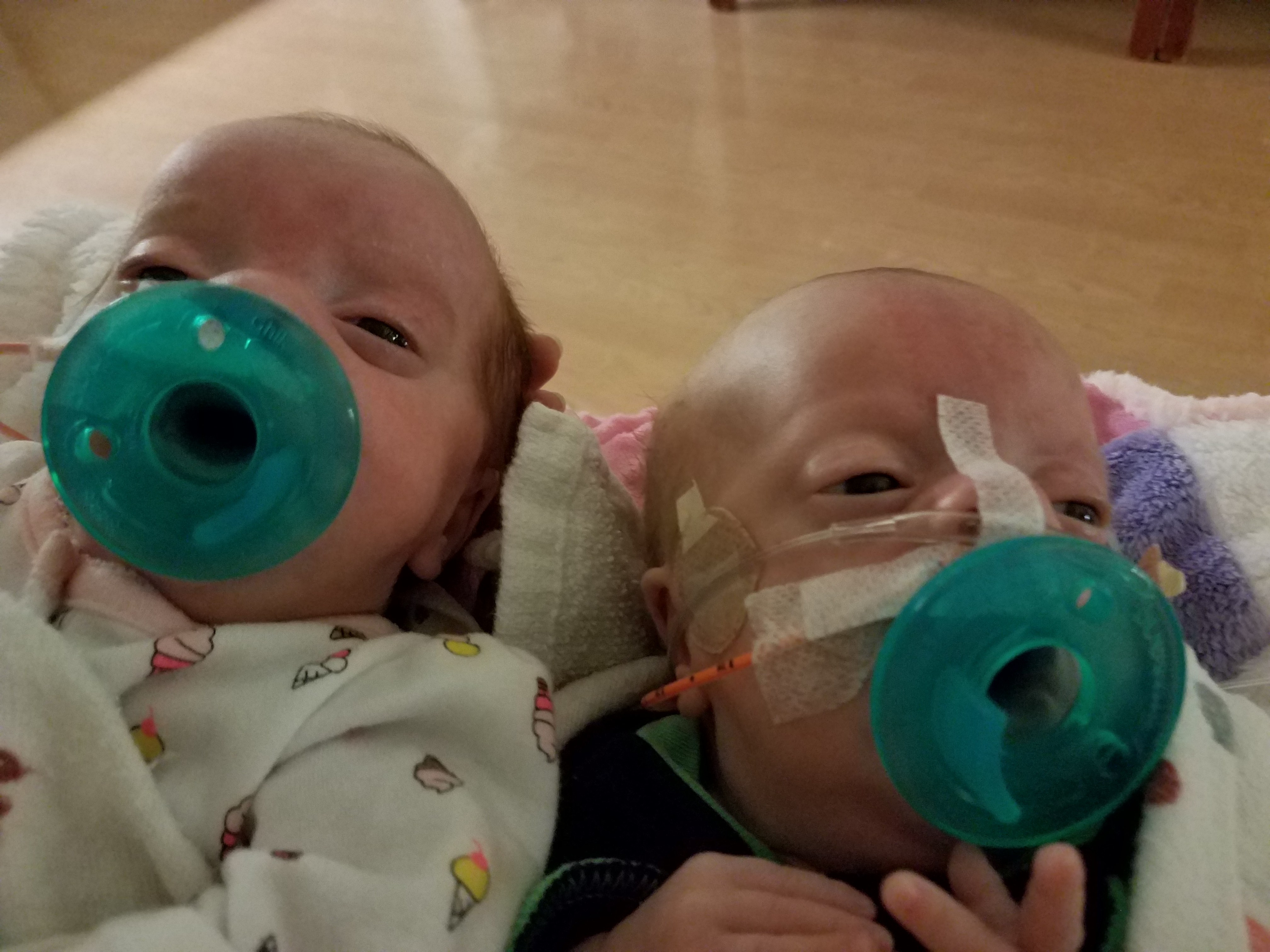 NICU: Our Premature Twin Girls
No one can prepare you...
Does my heart have room for 2?
advertisement

NICU: Our Premature Twin Girls
No one can prepare you...
Does my heart have room for 2?