My Son's Name Is Not Autism

Published by Britt LeBoeuf on November 23, 2017 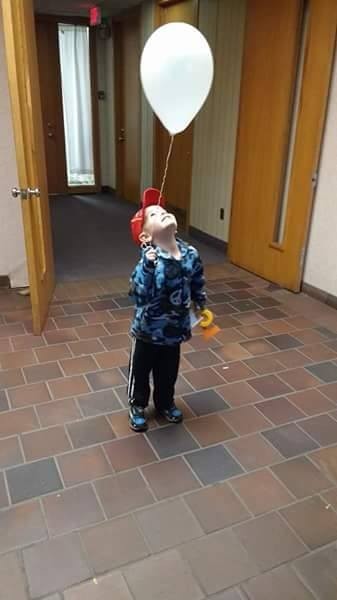 I’m the proud momma of two boys. Two tiny miniature versions of myself and my husband. One looks just like my husband and the other is a tiny male version of me.

My eldest is my clone. He’s four years old now, which still sometimes amazes me. When I look at him sometimes I’m totally amazed at exactly how much it is like looking in a mirror. He has the same round face, light brown eyes, square mouth, and silly grin as me. He’s stubborn, sensitive, super smart, silly, and strong—some of which he gets from his daddy, but the majority of it is from yet again, his mama.

He loves to read books, watch Youtube videos featuring monster trucks, eat pizza, sing songs, anything math related, go to his grandma’s house, play with his new baby brother, and ride on the 4-wheeler with his dad.

My son is also on the autism spectrum.

Although this is a big part of who he is, it does not define him in his entirety.

We live in a world in which people are automatically labeled: old, young, ugly, obese, anorexic, addict, alcoholic, anxious, nerd, crazy, snotty, schizo, poor, rich, sick, depressed, bipolar, etc. We often forget that underneath the label there is a person. And that yes, we may truly be some of those things, but they do not designate who we are as a whole.

I was reminded of this recently at an event I attended with my husband.

I was showing another woman pictures of my two boys, whom she’s never met before. I first showed her pictures of my youngest son, as we were talking about how he doesn’t sleep through the night yet (he’s a baby). Then, I swiped my phone to pics of my older son because in typical mom fashion, I never show photos of one without showing off photos of the other. The woman looked at the photo and said, “He’s autistic right?” She must have heard this through our husbands at some point.

I stopped, looked out the window of the cars passing by, and replied, “Yes. This is my Liam.”

She proceeded to say how cute he was and soon the topic was on to something else besides children.

My son’s name is not autism. It’s Liam.

This was not the first time I’ve encountered someone like that. Most people generally mean well or are just curious or uneducated about what being on the spectrum really means.

Now, I’ve been an autism advocate ever since my son was first diagnosed. I don’t mind taking the opportunity to explain things to those not as knowledgeable of ASD (autism spectrum disorder) as I am. I’m a proud autism mom, and I know deep in my heart and soul that having autism is a gigantic part of what makes my son who he is. I get it. I truly, honestly do. And I love my son for who he is. Every single part of him.

Yet, I don’t want autism to define who he is to others. Especially, those that don’t know him at all.

I don’t want him judged before they get to know him simply because they know he has autism. I don’t want him to be passed up or left out because of it. I hate it when people make assumptions or speculations on what he can or cannot do based on his diagnosis.

But most of all, I hate that he is often labeled as autistic before he is even called by his name.

His name is Liam.

He’s an amazing little boy, that has autism.

So, please, next time you talk to a person that is on the spectrum or the parent of someone on the spectrum try to remember that they have a name. Having autism is as much a part of them as the color of their eyes, their age, or their favorite color, but it is not their name.

Originally published on Her View From Home.