As a mother of a sweet, almost 4-year-old boy with autism, I’ve learned that there are many things about autism that aren’t well understood. Why are so many people with autism nonverbal? Why do many autistic people spin or flap their hands or other “stimming” behaviors? This lack of understanding can lead to kids on the spectrum being left out or even bullied.

About a month ago, my husband and I took my son, Ethan, to the park. Ethan is a very loving, friendly boy. He thinks everyone he sees is his friend. At the park, he saw some older kids he wanted to play with. He tried to approach them and play with them, but rather than playing with him, they called him a weirdo and told him “Get lost kid.” This event is mild in comparison to many of the incidents I read about on social media of kids being left out and bullied because of quirks related to autism. Kids with autism are bullied far more (nearly four times!) than their neurotypical peers. 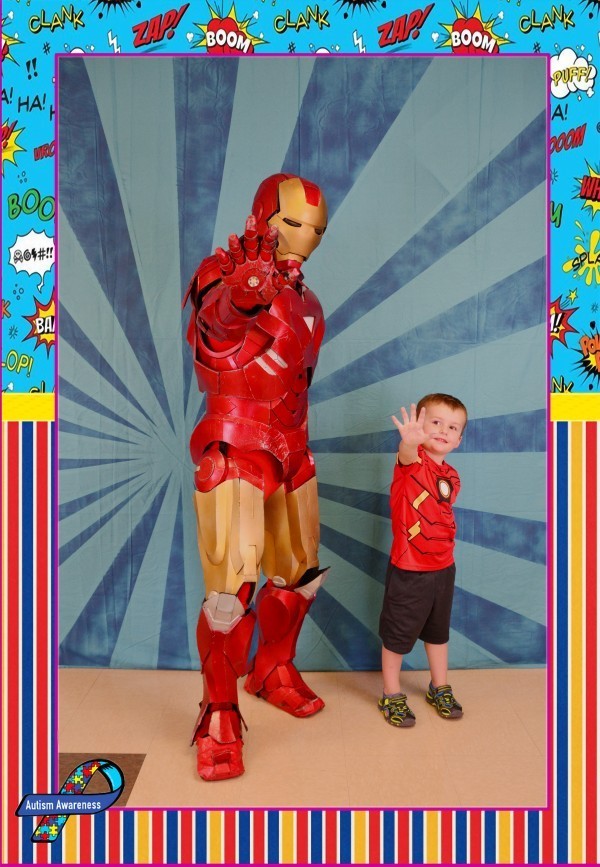 I think one of the biggest reasons autistic kids are bullied is lack of understanding of autism.

Kids with autism look like other kids, they just sometimes behave differently, and other people don’t know why or how to respond or interact with them. As I began to realize this, I had an idea. I thought that maybe if people understood what it feels like to be autistic and learned what people with autism would like them to do to help them, they could choose to be kind and would know how to be supportive. My son desperately wants friends, just like any other kid. His brain just may not instinctively pick up on the same social cues and etiquette that come naturally to others and help others interact socially. 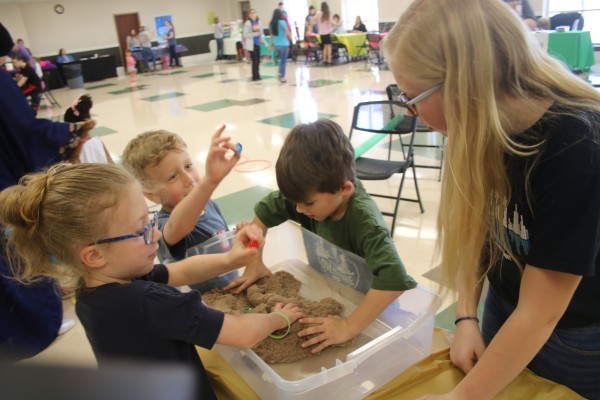 I decided I wanted to try to do something to help others in our community understand what it feels like to have autism (at least a taste) and how they can be helpful to those who are autistic. Saturday, April 27th, the same weekend that Avengers: Endgame was released, we held a superhero-themed event in our community to promote understanding and acceptance of those who are autistic.

Attendees had the opportunity to participate in simulation stations where they experienced the frustrations of utilizing a picture exchange communication system, a low-tech alternative communication system used by some people on the spectrum that don’t communicate verbally. Participants also had the opportunity to experience sensory overload while trying to complete simple tasks like drawing pictures of simple shapes. We also had a “Fortress of Solitude” with bean bag chairs, exercise balls and noise-cancelling earmuffs for anyone needing a break from the noise and crowds of the event. 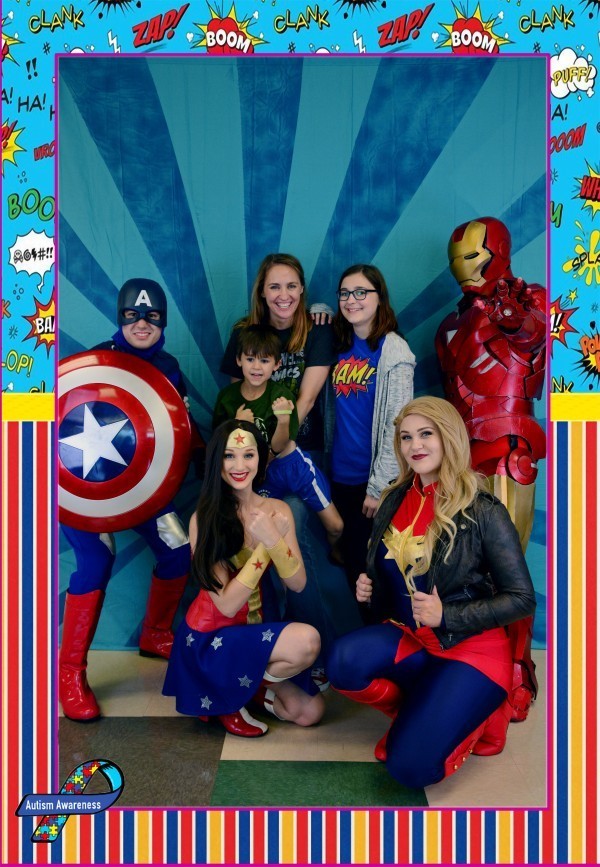 Participants took pictures with superheroes, completed a superhero training obstacle course, and entered a coloring contest. They met representatives from therapy centers, schools and organizations that provide services to people with autism. I really wanted to have a fun event where the community could learn more about autism and see a little bit of what people on the spectrum go through every day. They have challenges with communication, sensory processing, and often many other social and interactive difficulties. Having to deal with bullying, especially on top of that is unacceptable. My goal was to educate other kids, parents, teachers, administrators- anyone willing to come and learn. I wanted to possibly turn potential bullies into allies instead.

Many participants came because they have a family member or friend on the spectrum. One mother reported that the event made a big impact on her son. Parents expressed amazement at what it feels like to have sensory overload and one mother said, “No wonder these kids have a hard time focusing when they are overloaded!” 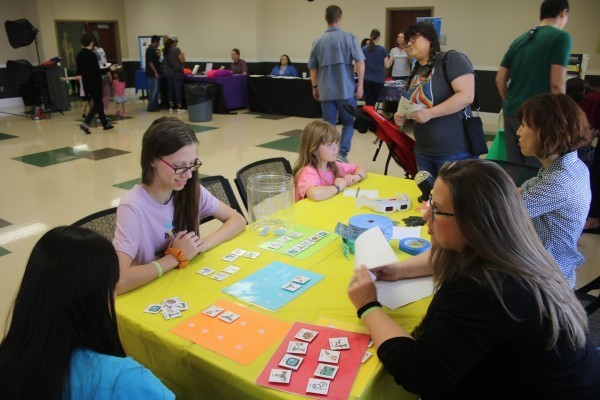 My hope is that as we make an effort to help other students, parents, and administrators really walk in the shoes of those on the autism spectrum, we will be able to build bridges between the autism community and general public and create a better world for kids like my son Ethan. I feel like those of us living with kids with disabilities are the ones that can arm others with tools to be friends and be supportive to our kids. We can help the world be more understanding and accepting. Kindness is a superpower! But if people don’t know how to be kind or helpful because they don’t understand what’s going on, they won’t be able to make that difference and be the heroes our own superhero kids need. We can all be Heroes. We just need to learn how.

I’m working to create a nonprofit organization to continue holding events like this one to promote understanding and acceptance of autistic people. Let’s all be heroes and change the world for people on the autism spectrum!

Click here for more about Be a Hero, Be a Friend. 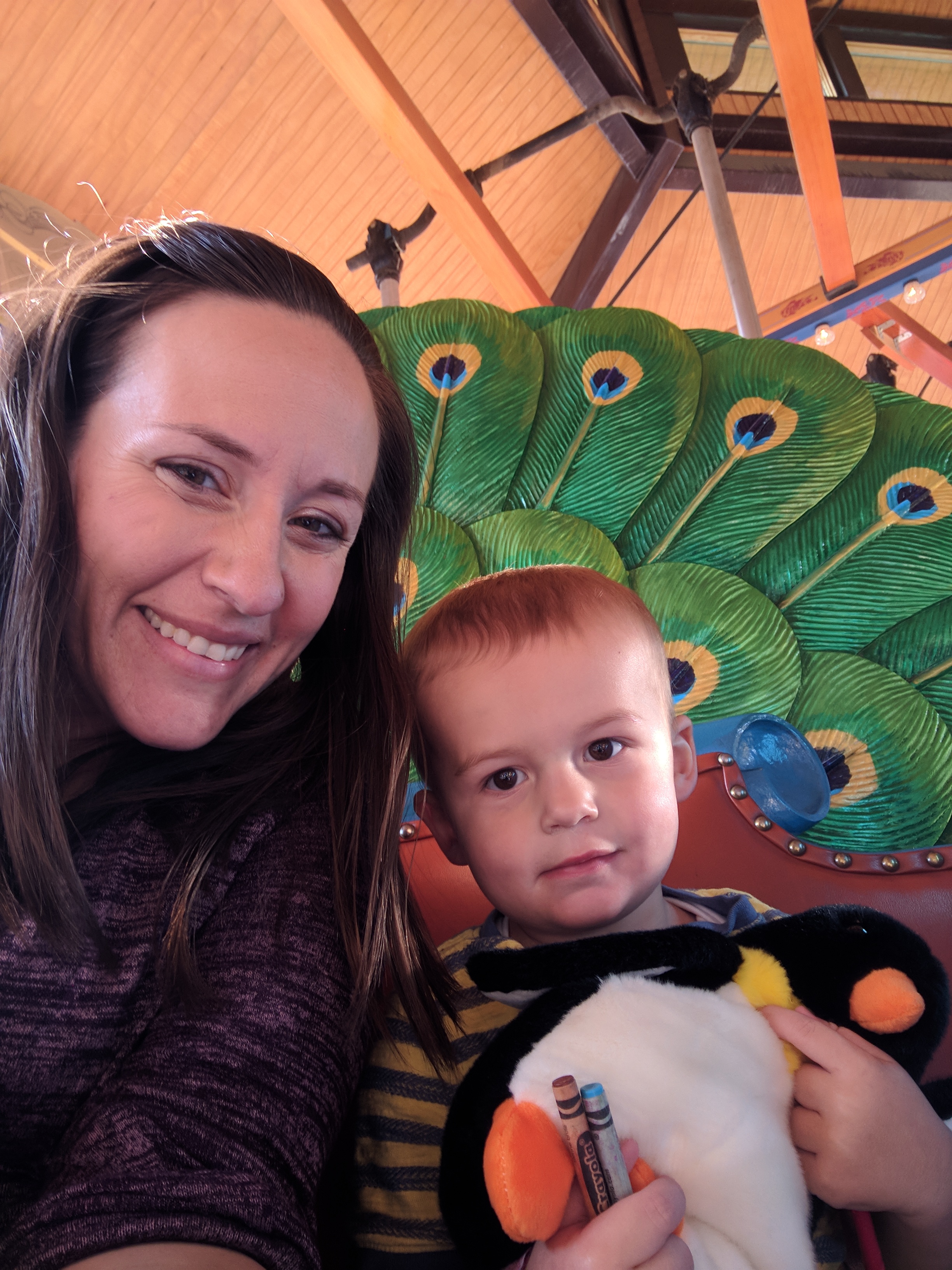 I'm a mom of two amazing kids- an almost 4-year-old with autism and a sweet 2-year-old. I'm a speech-language pathologist and love my family and adventure.