How to Choose a Present for an Autistic Child 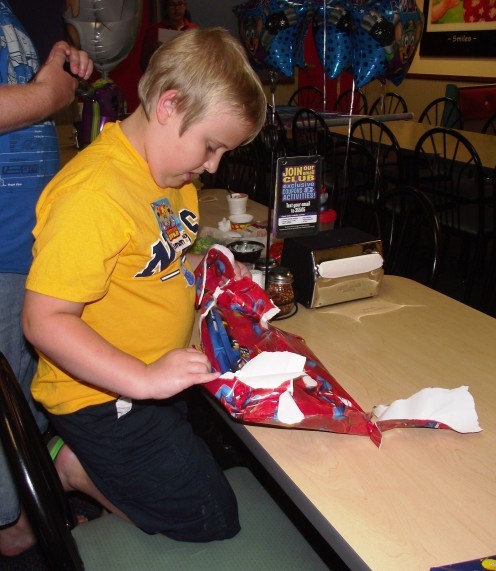 Every year, we have a birthday party for my son, and the number one question I get asked is, “What should we get him?” Everyone knows that he’s Autistic, and he’s not like the other kids his age who are being invited. Even family members struggle with what to buy him. What makes it harder is that he doesn’t really have many “wants” like other kids his age. We have the same problem when we attend parties for other kids his age who are on the spectrum because, as you may or may not know, every child on the spectrum is very different. So just how do you pick out a present for a child on the Autism spectrum?

Talk to the child

When this is an option, it’s the best one. Ask the kid him or herself! Of course, this assumes that the child is able to answer questions or is verbal. This isn’t always the case, and sometimes the question may fall on seemingly deaf ears or the child may ask for things that aren’t appropriate (a train, a motorcycle, a building). If you can get an answer, though, don’t be surprised if it isn’t something you expected – many kids on the spectrum have different interests than their peers.

Talk to the parents

This might sound basic, but it’s something that people often forget to do. Ask the parents – what is it that the child is currently playing with? My son, for example, loves to draw with crayons. It’s a basic present, but buying him a big pack of crayons and some nice drawing paper does the trick! The parents might also have suggestions based on things that the child has shown an interest in, such as certain Lego sets or Thomas the Tank Engine, both of which are often good presents for children on the spectrum. 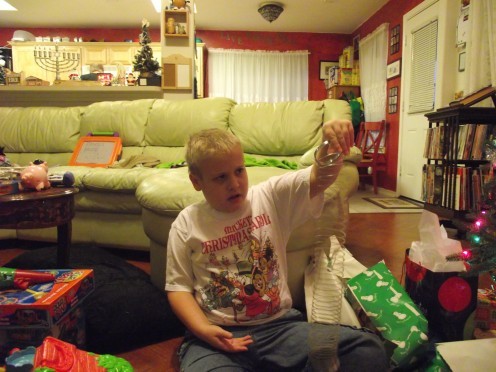 Slinkies rock at any age!

Appeal to interests, not age range

If you can’t ask, then think about the interests the child has as opposed to how old he or she is. At the age of 10, my son is still interested in Blue’s Clues and Dora the Explorer. While most 10 year olds may scoff, buying my son a Dora doll or a Blue’s Clues notebook would be excellent for him. When you look at toys, ignore that pesky “Ages 18 months and up” on it. Think about what the child likes, what he or she is capable of, and what he or she enjoys. It may be “too young” for them, but don’t let that stop you. It’s not about what it says on the box; it’s about what the child would like.

Many children on the spectrum may have certain issues with different senses. For example, my son does not like squishy things as a general rule (although he loves Play-Doh – go figure!). Some children do not like loud noises or music. Others don’t like flashing lights or may have an additional disability, like epilepsy, that would make toys with flashing lights inappropriate and potentially dangerous. If you aren’t sure about what issues the child has, you can ask, or you can buy toys that are not too soft/squishy or loud 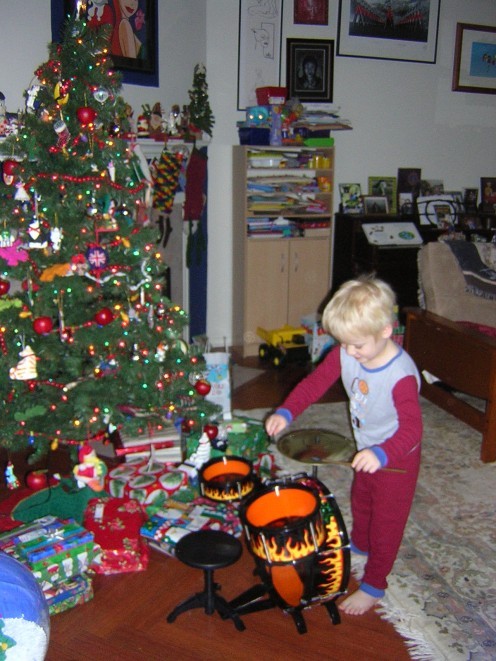 All children are different, and children on the Autism spectrum are, too. Do they play the piano? Do they play soccer? Do they build rockets? Do they build robots? Do they make massive and elaborate marble runs? Don’t assume that Autism means that they don’t have age-appropriate (or even older) talents. Even children with more moderate and severe Autism may take part in sports or Special Olympics. My son, for example, bowls with Special Olympics every year.

Include a gift receipt

If all else fails, buy what you think is a cool present, but include a gift receipt. It might turn out that the child doesn’t immediately fall in love with the toy, and there’s nothing wrong with letting him or her pick out their own gift. (Of course, you can also just get a gift card, but isn’t there something fun about opening up a present instead of just an envelope?)

I forgive you
My Son's Name Is Not Autism
Dr. Mom: We just know.
advertisement

I forgive you
My Son's Name Is Not Autism
Dr. Mom: We just know.