My son has an F on his report card – should I ask his teacher to change it?

Published by Caroline Poser on February 5, 2019 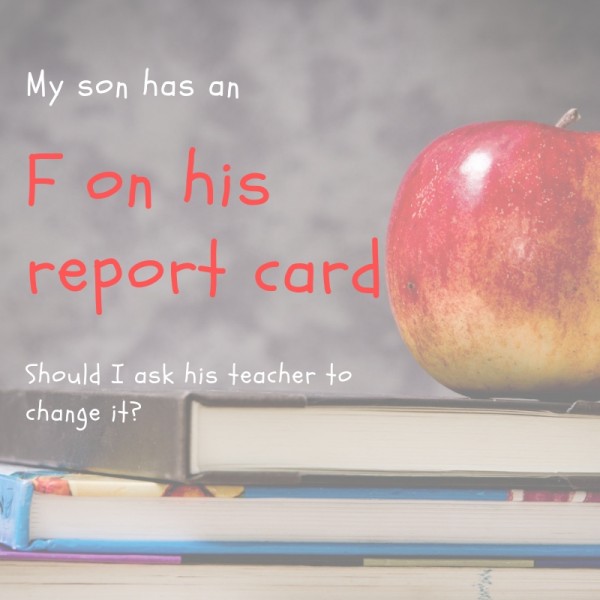 My 8th grader had been worried about one of his grades for a couple of weeks. I told him he needed to talk to his teacher and see what he could do to bring it up, but apparently, he had not.

It was the day before grades were closing when he came to me after school, “I can’t fail! I want to be able to play baseball!” (He was afraid an F would render him ineligible.)

“Oh, that’s right! And aside from baseball, you might not be able to get your working papers signed.” (He’s already got a summer job lined up.)

Clearly, the F he’s getting on his report card could really make a mess of things for him. I wondered if I should talk to the teacher about it. There was a lot at stake!

Normally, I’m not a fixer.

So, why, in this case would I consider intervening?

First, the subject my son is failing is not an academic subject. It’s band.

How do you fail band? When I asked my him what the grading criteria are, he told me there’s homework that he hasn’t done.

“But you never bring the instrument home.”

“But you’ve never asked me for a ride.”

“Mom, it’s stupid. No one else has to get a ride to take their instrument to and from school.”

He has a point. In a way, this is large instrument discrimination. While I work at home and could probably arrange to drive him, should I be expected to? What if I had a job in an office?

Secondly, it’s not like he can’t play the instrument. He had a solo in the last concert and he and his section mate (also getting an F, as I understand) are the only two baritones in the whole band, and significant contributors.

Shouldn’t the facts that a) he has the instrument every time band meets (because it actually belongs to the school and never leaves the band room) and b) he can play it tip the scales a little in his favor? (These are, in fact, the other two grading criteria.)

“Maybe I’ll just quit band!” My son had opted out of band and instead signed up for drama at the end of 7th grade, but somehow when schedules came out at the beginning of this school year – surprise! – there was band.

So lastly, how should an elective, that my son didn’t even want to take in the first place, be held against him? Quitting would be the easy solution, but I didn’t think it was the right one.

This was an opportunity for me to reinforce the idea that even if we think rules are stupid, we still have to abide by them, unless we are able to peacefully and logically negotiate an exception or modification. It was also a chance for me to help my son take responsibility for communicating with his teacher in a mature way.

I helped him craft an email asking if he could do the assignments late and still get some credit and whether he could he do them at school. I showed him how to copy his guidance counselor. I told him I would pick him up from school if he wanted to do it the next day, before grades closed.

Much to his chagrin, he didn’t hear back from the teacher.

“I am not sure, hon. You might get an F. But if you work out a plan to get future assignments done, you shouldn’t have any problem getting an A in the 3rd term. Then baseball tryouts will be after 4th term starts, so I think you’ll be okay.”

Do I believe my son should have the special dispensation of doing his “homework” at school?

Yes, I do. Aside from the fact that he can’t easily get the instrument home, it’s school property and I don’t really want the liability.

Do I believe the F on the report card should be changed?

I am not sure. I believe it could be changed if the band teacher is willing to compromise, but my son and I discussed the fact that it is the teacher’s choice about whether or not he bends the rules.

Am I going to ask the teacher to change the grade?

No, but I am prepared to help my son negotiate a solution going forward that works for both him and the teacher.

Learning how to resolve this conflict is just one of the many bricks in the foundation of my son’s ability to be a fully functioning adult when it’s time to leave the nest. 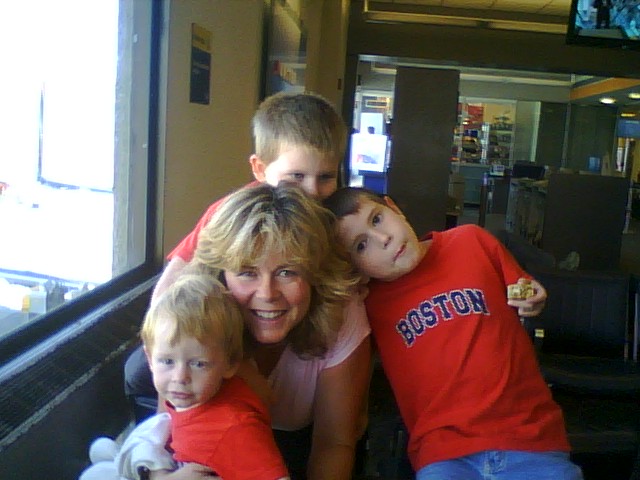 How My Son’s 2nd Grade Teacher Made Me A Better High School Teacher
Making His Own Music
Why is your child’s assessment not the main thing?
advertisement

How My Son’s 2nd Grade Teacher Made Me A Better High School Teacher
Making His Own Music
Why is your child’s assessment not the main thing?