My husband and I always thought we'd have kids, until we weren't sure anymore.

The year was 2010 and we were sitting on the should-we-have-kids fence. We needed to make a decision, and for some reason, it became the hardest one by far. We flipped back and forth until we agreed to give ourselves two years to figure it out.

As the earth sped twice around the sun as quick as it could, two years later showed up at our front door before we were ready to face it. But we made a pact and were forced to follow through. We were still sitting on that rigid fence and we were weighing our options. In the end, we slid down off the fence and into the garden of children. We both knew we'd regret not having a kid, and ultimately, it really was what we both wanted.

That was October. In August the following year, I was welcomed with two pink stripes on a pregnancy test, knowing full well I was pregnant before it was confirmed. We were thrilled, ecstatic even. This was it! 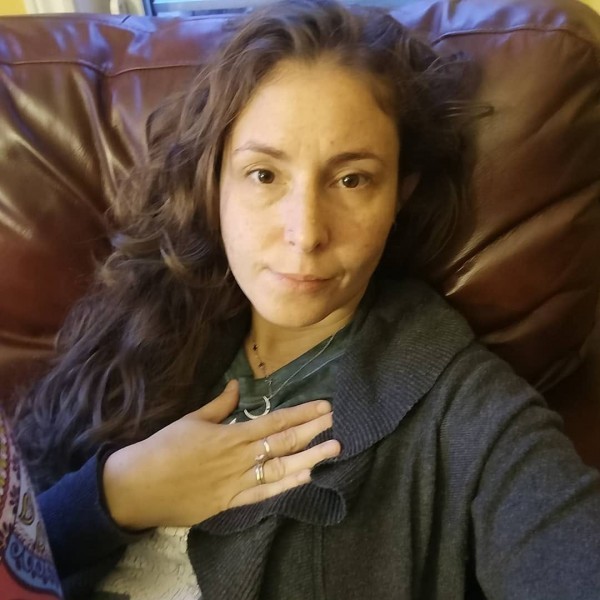 Except it wasn't it. After visiting the doctor, my test results came back and my levels were low. Too low. I had an idea what this would mean, but I shrugged it off because losing this baby wasn't an option.

But it wasn't my choice, and losing the baby is what happened. I noticed a spot while out furniture shopping for our new house. Again, I shrugged it off. It's natural, I was told. But the next morning, while at work, I was forced to face reality.

I was going through a miscarriage. I was losing the baby I so badly wanted.

I put on my brave face and welcomed the idea that maybe this baby just wasn't meant to be. I needed to stay positive. I was, after all, 34, and sometimes these things take time. However, I was sad and in pain and embarrassed and disappointed.

Having a miscarriage was scary and painful and confusing. Being told that I was empty felt heartbreaking and devastating.

And I was okay.

A short month later, we were pregnant again and the little guy who terrorizes my home now is my rainbow baby. Of course we were on high alert at the time, and anxiety perched itself on my shoulder ever so delicately.

I knew I'd bounce back after miscarrying - keeping that positive thinking - and we agreed to try once more. But I'd be lying if I didn't say that I had doubts that I would be able to carry a baby. All doubts were squashed at the next appointment, where we were told that everything looked great and I was having a boy.

Maybe things do happen for a reason. All I know is that I thank my stars every day for my beautiful little boy.