Published by Danielle Sherman-Lazar on June 8, 2020 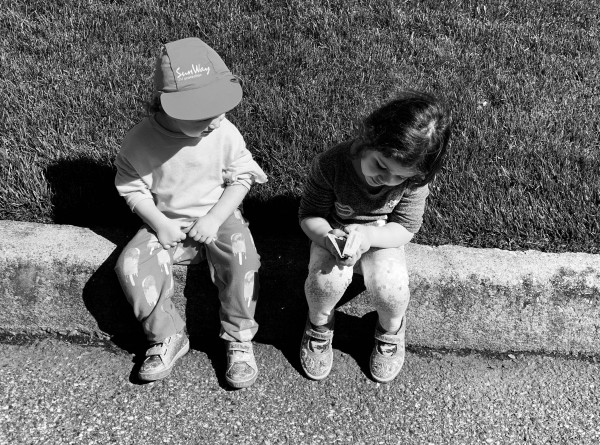 My dream is to raise daughters who love themselves as fiercely as I love them.

So, she sees herself for everything she is.

More than her shield of eyelashes, so long, soft and feminine, or her long tousled locks that people constantly fawn over.

More than what other people see her as, but as who she is within.

Because my dream is that she’ll always look at herself as I see her,

as a mother sees her daughter---

like she’s the most precious thing on this earth.

I don’t want her to look in the mirror and see the same brokenness that used to look back at me.

I don't want her even to have a phase where she sees someone tired and sick. Someone she doesn't respect, so how can others?

I want her to see a woman with so much potential. A woman who knows no fear when it comes to trying and failing—because her self-respect goes beyond failed attempts at success--plus she’ll try again.

I want people to be attracted to the way she holds herself because her confidence in who she is and what she stands for is contagious. I want her mind to always resonate with her soul.

I don’t want her to have an insecurity that has her checking mirrors and just as quickly looking away again with words filling her head like "ugly," "fat," and “frumpy.”

I don’t want her to see herself as bronze or silver when she’s so clearly gold.

I want her to be bright, bold, and brilliant.

I want her to be herself.

My dream is that she’ll always look at herself as I see her,

as a mother sees her daughter--

like she’s the most precious thing on this earth.

Because all of our daughters are.

Parents: How Do You Deal With Bullying?
The Positive Impact a Father Has on His Daughter
Raising Confident Young Women
advertisement

Parents: How Do You Deal With Bullying?
The Positive Impact a Father Has on His Daughter
Raising Confident Young Women