A few months ago, I thought BTS stood for "behind the scenes," the word Army meant a country's land-based military unit, K-Pop was music I rarely listened to, and my obsession with bands was limited to the Beatles and U2. As I sit here in my Chicago hotel room with my 13-year-old daughter, all that has changed.

It is May 2019. After spending the previous day site-seeing, my daughter and I are resting for the big event to come. Our room soars 24-stories above the ground, the view of the Chicago skyline like a huge mural outside our floor-to-ceiling windows, the tip of Soldier Field just visible behind a neighboring high-rise. My daughter sits with her hands pressed eagerly to the glass. Muted lyrics and heavy vibrations rise to meet us. The soundcheck for tonight’s BTS concert has just begun.

“That’s Jin!” My daughter exclaims breathlessly, her face flush with excitement. “I can hear him!”

We have just returned from our morning walk to navigate the path that will take us to tonight’s performance. Before we even exited our hotel, we passed through throngs of fellow BTS fans. Once we reached the stadium, we noticed that a line of fans stretched miles beyond Soldier Field to the train tracks. I shook my head. "What are they waiting for?" I wondered. "The concert doesn't start until this evening!" My daughter is glowing. She is with her people.

"They’re playing Euphoria," she continues now as she gazes out the window. The gray clouds do little to dampen her mood. "Jungkook's vocals are so sweet!" She says, her hand on her heart.

"How can you tell?" I ask, staring over her shoulder toward the stadium.

"I can hear them. My ears are better than yours."

I laugh. But then I catch a hint of a male's tenor rising in the air, feel the heavy bass in the floorboards under my feet, and I am hit with the giddy butterflies I felt as a teenager many years so. My daughter's excitement is contagious. Suddenly it doesn’t matter that I’m 45-years-old. I’m as enamored with this K-Pop boy band as my daughter. I’m proud to say I’m an Army.

To the uninitiated, the term Army describes the strongly devoted BTS fan base. They have taken over the hotel. The lobby, restaurant, and hallways are packed with mostly teen-aged girls, all sporting BTS merchandise. They wear sweatshirts with the BTS logo and headbands with stuffed characters attached like cat ears, each one representing a member of the band. Their laughter and conversation echo off the walls. The hotel employees look baffled, as do most of the other guests.

We started noticing them yesterday. My daughter’s eyes lit up when she first saw a young girl getting breakfast at the buffet line. “Mom,” she nudged me, nodding in the girl’s direction. "Look!" I glanced over to see the girl dressed in a hoodie with Korean scrawled on the sleeve. As she turned, I noticed the names of the band members on the back. Jin, J-Hope, Jungkook, V, Suga, RM, and Jin. "I bet I know where they're going," I said. Since then, whenever we leave our room, we are immediately surrounded by other Army members. There is a sense of camaraderie, of shared excitement, of community. I’ve never experienced anything like this before in all my years of attending concerts.

When I was my daughter’s age, my parents took me to see Cindy Lauper for my very first concert. I remember being amazed when she came on stage and the entire audience stood up. My father looked annoyed, tapping on the shoulders of those in front of us to sit down. Finally, he lifted me onto the seat so I could see over everyone's heads. Music swelled around me, and I was hooked on the experience. Since that time, I’ve seen too many concerts to name. The closest I've ever come to feeling the way my daughter does now was with Sting (when I was in high school), U2 (when I was in college), and later, the Beatles (I am still obsessed with them!).

A few years ago, my older daughter discovered the Beatles. She came into my room one day and said, "Mom, have you ever heard the song While My Guitar Gently Weeps?"

"Of course," is said, realizing that while I've known the Beatles catalogue of music my whole life, the songs were all new to her. "It's just so beautiful," she said. "It makes me feel so strongly."

Her discovery of the Beatles led to a passion for all music. When I saw that a Beatles tribute band was playing in Cleveland, we made a mother-daughter trip there to see the show Rain. It was such a wonderful performance I almost forgot I wasn't seeing the real John, Paul, George and Ringo! We created a playlist of Beatles songs and sang the entire care ride home. When Ringo Starr came to Dayton with his All Star Band, we bought tickets immediately. Sitting beside my daughter in the late summer open-air auditorium and seeing a living legend come out on stage, I felt such joy that we were sharing that moment together. Now my daughter plays guitar (and is learning drums) and performs in cover bands. Her love of music has helped her conquer her fear of performing in front of people. When I see her on stage, I am amazed.

It is evening. We are walking with a mob of people from our hotel to Soldier Field. Roads are closed to accomodate the crowd. "It’s because BTS is here," my daughter says knowingly. As we near the stadium, we see police cars and uniformed officers everywhere. For a moment, I allow myself to think of the shootings that have taken place at similar venues, but I decide to put that from my mind and not let fear win. I notice two police cars parked next to each other with their windows rolled down. Suddenly, the song Fake Love comes blaring from the interior of the cars. Those around me turn and cheer at the officers sitting behind the wheels, holding their fingers up in the shape of hearts. The officers in turn wave back. Again, I experience a moment of love and good-natured "togetherness" from a group of strangers. My daughter grips my hand, grinning ear to ear, and I am so happy to be sharing this moment with her.

After passing through security and climbing the steps that snake around the stadium, we arrive at our seats. The sun is still out but it is bitterly cold. It feels more like January than May. My daughter is shivering. Whether from cold or excitement I do not know. Suddenly, a roar rises from the stands. I glance up. Everyone is waving toward the stage, practically hysterical. "What's happening?" I ask. "Oh my gosh! There they are!" My daughter exclaims. From our height, we can see the seven members of BTS standing behind one of the large speakers backstage, looking up into the crowd and waving. About five minutes later, a similar frenzy erupts. This time everyone is on their feet waving at the top-most stand across the stadium. BTS has somehow managed to move to the other side of the arena and are now lined up, waving at their adoring fans. "How did they get there so fast?" Someone behind me asks. "It's magic," someone else replies. I just shake my head in awe. I am amazed that this mega-band is waving at their fans as they file into the stadium. I've never seen another band do that before.

Within half an hour, the entire stadium is filled. The lights come up on stage, and the concert starts. It is a spectacle . . . a show unlike anything I’ve never seen. My daughter cheers and I find that I am cheering along as well. While the music is catchy and upbeat, it is the choreographed dance moves I find so amazing. I watching them float across the stage, every move in synch, their bodies in tune with the music, and I am floored by their talent. They are aesthetically beautiful in a way that defies gender stereotypes. Their talent and stamina as they sing and dance and never stop moving is incredible. It's easy to see why so many people love them. At one point, Jungkook actually flies over the audience, standing on a thin platform suspended from invisible wires. I am reminded of something out of Cirque du Soleil. His voice never wavers. Towards the end of the show, a large inflatable magically fills the stage and, like little boys, they jump and bounce and slide while continuing to sing effortlessly. It is unseasonably cold, but no one seems to notice the frigid weather. I watch the members of BTS perform in their loose, lightweight clothes, their shirts blowing away from their bodies (much to the delight of the audience), and the motherly part of me wants to throw them coats and scarves and gloves.

As night descends, I take my eyes from the stage to look into the stands. I am in a sea of illuminated stars, a rainbow of color . . . the handheld "Army bombs" light up to coordinate with each song in vibrant blues and greens and oranges and purples and reds. It is quite beautiful. Before the last song, they line up on stage and each member addresses the audience, giving a personal message to their adoring fans. “We never expected to perform a winter concert,” J-Hope says. “We are worried about you. Don’t catch a cold."

"When we were doing our sound check, it was pouring. But we knew the power of our Army would stop the rain for our show, and you did!" RM exclaims, and the whole of Soldier Field roars with cheers. I see now how easily it is to fall for these young men from South Korea and their message of love and self-acceptance. It is easy to see their devotion to and appreciation of their fans, a humble quality I find endearing.

As BTS performs their last song (appropriately named Mikrokosmos) under a floating disco ball, fireworks ignite above the stage in a display to rival most 4th of July celebrations. My daughter puts her arms around me and we sway together. Music has a way of bringing people together. Of making memories that last a lifetime. I will never forget this magical night with my girl, and for a moment, I am 13 again. 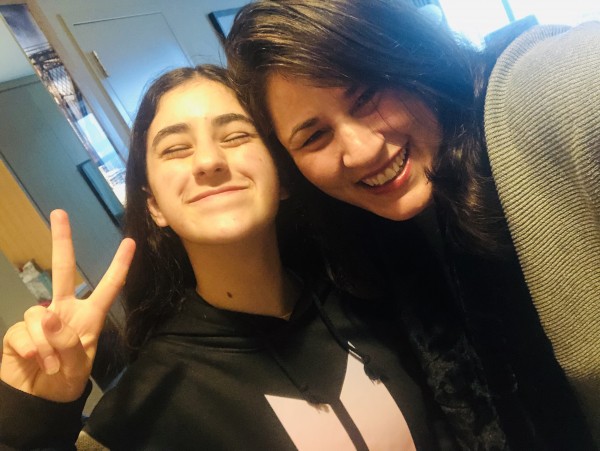 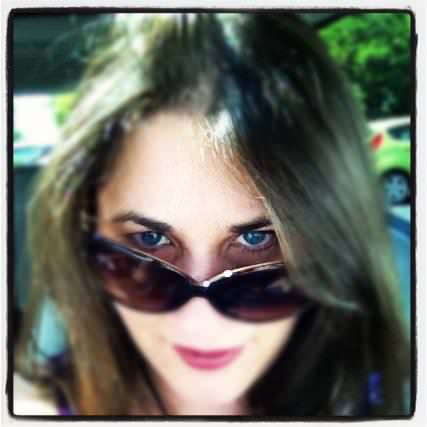 Melissa Hunter is a freelance writer, blogger, and author. Her novel What She Lost (Cynren Press, October 2019) is based on her grandmother's experiences as a Holocaust survivor. Most importantly, she is a mom to two beautiful daughters who are her daily inspiration.