Published by Suzanne Hayes on September 5, 2019

I can’t tell a lie. I wasn’t really excited to go when I first bought the tickets. I considered it a sacrifice of sorts: I can make it through the concert so that my girls’ dreams will come true. I saw it as a late night filled with loud crowds and an insane amount of midnight traffic on my drive home. But my girls, (insert tween voice and tone) they really, really, really, like, just had to go to the concert. Everyone else was going, ya know? 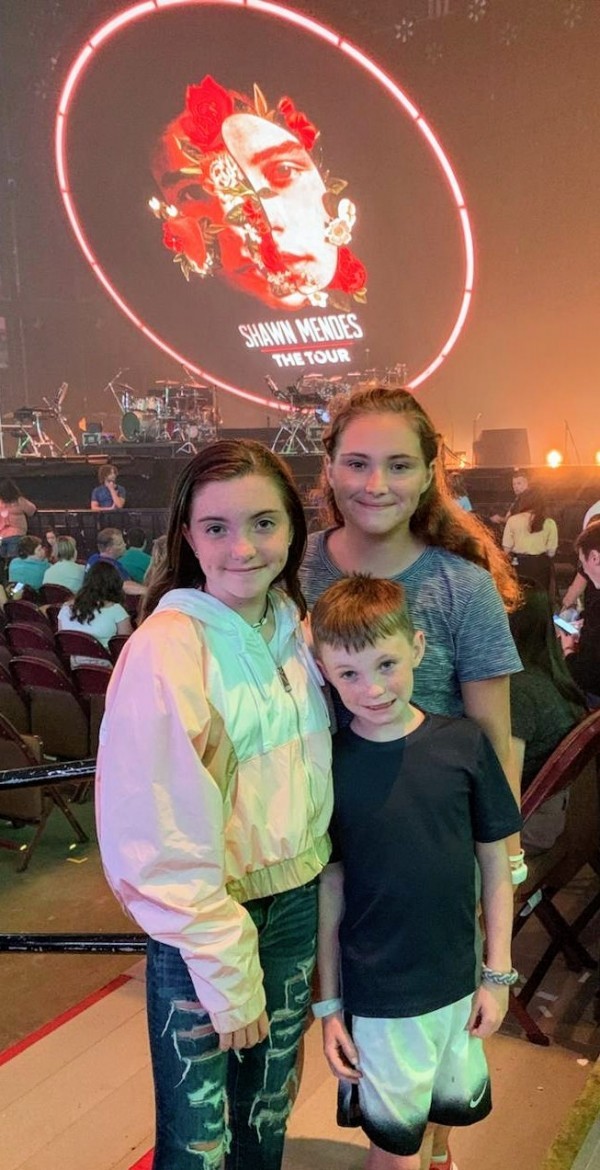 They had been dialing (old-school style) every local radio station over and over and over again to win tickets to your show. When my daughter set her alarm for a 7 a.m. radio contest, in the middle of summer!, I just knew that I had no choice. And so, like thousands of others mom, I succumbed to the peer pressure and committed to getting Lost in Japan.

Life has a funny way of surprising us, though, doesn’t it? The night that I initially mildly dreaded turned into one of my favorite all-time nights ever, as a mom and as a sober adult.

Here is what I learned from your concert, Mr.Mendes:

Skinny Jeans are a Hell, Yes

Thank you for helping me see the positive in the trend that is men wearing skinny jeans. I never quite got this trend until you stepped on stage at Mohegan Sun. You pull them off like no other. I leaned over to my daughter and whispered, OMG, he looks so good in skinny jeans! She gave me that look of disgust- you know the one a teen has when her mother makes any indication that a member of the opposite gender is attractive, and she proceeded as if she didn’t hear me. So I tried daughter number two, don’t you love the skinny jeans on him? Again, no response. 0-2, mamma, 0-2. The skinny jeans transformed me into a tween myself, and I knew we were in for a fun night. Yes, I know, I am 41 and you are only 21, and I see the slight, cougar angle, here, but in my defense… the biceps, too.

Moms and Dads are Just About the Best Kind of Crazy

With music blaring, our wristbands glowing, and tweens screaming their lungs out all around, I took note of the moms and dads and grandparents who had sacrificed their time, money, and usual Saturday night plans to bring their beloved teens (to a casino of all places-in Uncasville, CT) to your concert. I actually got goosebumps as I watched these adults. At first, the majority of parents looked bored, yawning, sitting, and glued to their cell phones as their daughters jumped in anticipation of your arrival on stage. Once you took stage, however, these same parents couldn’t help but jump to their feet and groove to the music. They waved their hands in the air like they just didn’t care. It was such a beautiful site.

Parents are crazy. We go above and beyond and we love and we coddle and we spoil and we worry. We make shit happen. We sacrifice. We work overtime to buy the tickets and we drive home at 1 a.m. just so our kids can see their favorite musician. Being a parent is rarely easy, but it is nights like these that are so rewarding. Wouldn’t it be awesome if every time we did something right or loving or a little over the top crazy, our kids cheered and screamed for us like they do for Shawn Mendes?

Your music, guitar playing, piano playing, dancing, and special effects culminated into one of the most amazing live shows I have ever seen. I never expected it, but I was so pleasantly surprised and impressed. You have amazing talent, and you are doing God’s work by sharing these talents and your passion and energy with the world. It is what you were made to do. And for the few hours that we were blessed to be a part of your musical world, all our problems disappeared. All that mattered for the 2 hours you were on stage was the music, the rhythm, the show, and… well, your skinny jeans. Good music will always trump evil and stress and worry and anxiety. Even when it’s good music you don’t know so well.

You Do Get a Second Chance at Life

I cried during your concert- several times, actually. I know, crazy, right? I just knew I was in the room with greatness, and I don’t mean just you. What was happening all around me was great: Happiness and joy and gratitude. I was truly moved. At the same time, I was sad. Just as I thought that this was the best concert I have ever been to, I realized one very sad and stark truth: this was the first concert I had ever been to sober. I have been sober for almost 6 years, but during my own concert-going days, I only attended shows highly intoxicated. I never remembered a concert the day after. As you sang "Stiches" and the crowd went crazy, I was overcome with awe- this is so amazing, I thought. How many moments like this did I miss because I was drunk? How could I have woken up the day after a concert and thought ‘that was fun’ when I remembered absolutely nothing about it? I was disgusted with my former self for a short time. But I found a new beginning at your concert- a do-over, if you will, and I changed that disgust to gratitude. Thank god I am here, experiencing this today with my children and thank God I am doing it sober. So, I breathed in every moment of your concert like a 12-year-old girl as my daughters were experiencing their first-ever concert- unexpectedly, so was I. Because this night, I can promise you, I will never, ever forget. 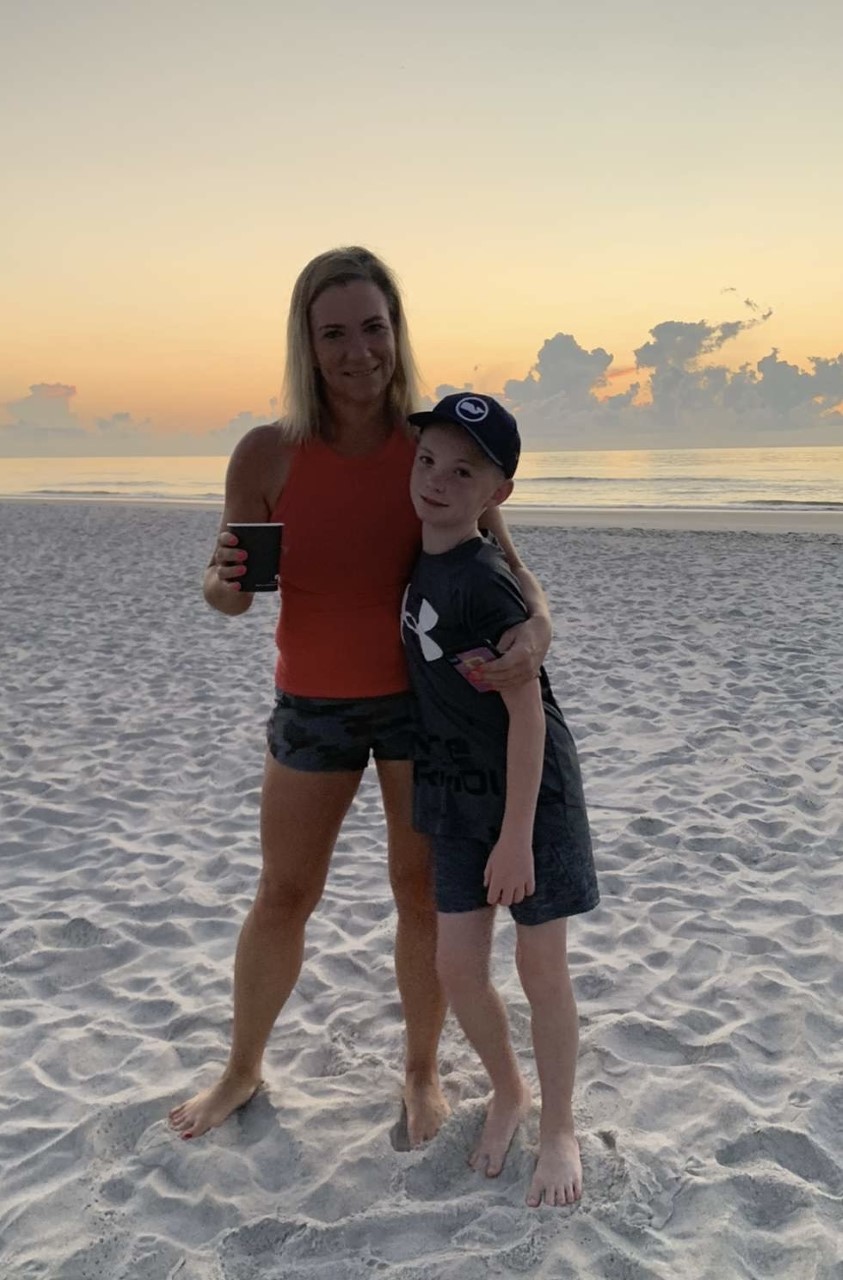 Important Things To Do To Prepare For A Music Concert
Magic, Music, and Memories . . . Sharing my Daughter's First Concert Experience
Do these earplugs make me look old?
advertisement

Important Things To Do To Prepare For A Music Concert
Magic, Music, and Memories . . . Sharing my Daughter's First Concert Experience
Do these earplugs make me look old?