It’s OK to want better for our children

Published by Jenni Brennan on September 27, 2022 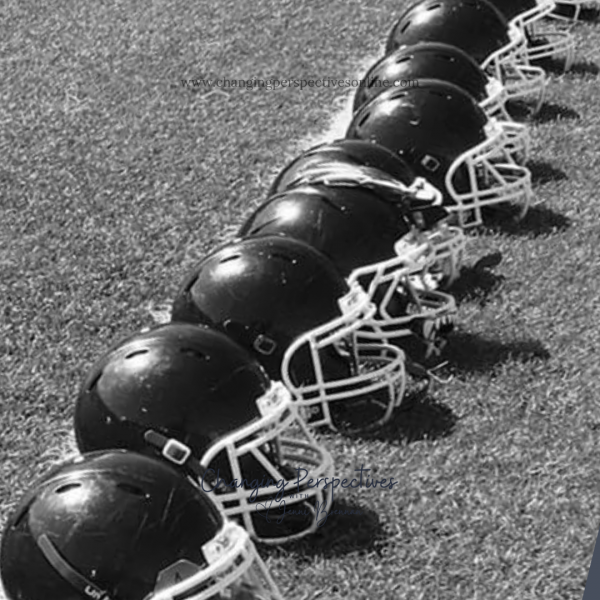 “I wish I could just eat real food.”

These are not healthy words you want to hear from your 8-, 10- or 12-year-old, but they are what a lot of parents in my area are hearing this time of year.

If you’ve been following me for a while, you know youth football is one of my family’s passions. On the football field is where my boys have experienced their greatest struggles as well as their greatest triumphs. My husband has coached since my now junior in high school was in third grade.

But things are not good or safe. It took until two weeks ago for me to really see it.

Our league is the only youth sports league in our area that has a maximum weight for players. And at 5’11” tall and nearly 14 years old, my youngest son started the football season well over that weight.

Before the season started, we tried to convince him to join one of the many other leagues around that don’t have a weight limit or explore the possibility of moving up to the high school’s Freshman team but he didn’t want to do any of that.

He wanted to spend his last year of youth football playing with his friends in the league he’s been in for the last 7 years.
And so we supported him on a workout plan and helped him clean up his eating. For 6 weeks he worked out every day - on top of the team’s regular workouts. He skipped cake at birthday parties, ate grilled chicken while his friends ate cheeseburgers and fries, and always chose water over any other drink option.

At 13 years old, he showed more dedication than any adult I’ve ever met.

But, it didn’t matter.

The first game of the season came and he was still 4 pounds overweight.

He was devastated and when I saw his face after the weigh-in process (which happens off to the side of the football field about 30 minutes before the game), my heart broke. I cried. My husband cried. My son cried. He would not be able to play the game he loves because he weighed too much - no accounting for his height, stature, or bmi - just because of a random number on a scale.

Then he shook it off and stood on the sidelines for the entire game, helping his teammates.
He’d try again for week 2.

One week later he made weight. He walked away from the weigh-in shed after being told he was light enough to play. But he wasn’t beaming like I thought he would be. His face was expressionless really - maybe relief, maybe happiness, but mostly exhaustion.
Right there on the sidelines, I started crying. Partly because I was so proud of him but also partly out of guilt and anger. Why are we part of something that feels so unsafe and unnecessary? We already know the risks football carries with it - why are we adding other potential risks on top of it? Is it really safe for teens and tweens and 8 year olds to be focused on a number on the scale?

After just a few minutes of play, he took himself out of the game as he was about to pass out. It was there, in that moment, that I decided it was time to learn more about weight limits.
I spent the next week, while on vacation, combing through research and what I found was shocking.

There is no research that supports the use of weight limits in football. None. It does not actually keep smaller kids safer despite being told that by various members of the youth football community for years.

There is, however, lots of research that suggests that weight limits in youth sports lead to things like disordered eating, depression, and many other physical illnesses.

I shared the research with other parents and received email after email and text after text from parents with children like my son who just wanted to play football with their friends but to do so had to “cut weight.”

I reached out to the president who oversees the entire league of 28 towns to find out if he could share the research the league uses to support the weight limit.

After six days and two emails, he reached out to me and acknowledged, in writing, that there is no research used by the league to back their decision around weight limits. Instead, he shared “there is a large part of the league that believes for every weight increase we allow, or bigger kids we let play, there will be an equal number of smaller kids who will drop out due to the size disparity."

Armed with the undeniable confirmation that the weight limits are not in place to protect anyone and instead are there because maybe smaller kids won’t register to play, I compiled all of the data, research, parent commentary, and signatures from parents throughout the league and submitted it to the league director, all of the presidents throughout every town in the league, and each town’s league representative.

Officially, my 20+ pages of research and insights has been met with silence.
Unofficially my phone hasn’t stopped ringing and my email box is flooded with story after story from parents, coaches, and board members from many towns throughout the league who are frustrated like me and want to see change but find the current channels of change aren't working.
Their stories have made me cry each day - confirmation of players with disordered eating, depression, and even suicide attempts linked directly to not making weight for football.

Unofficially I’ve also had multiple people share with me that the president of the league will not be calling a special meeting, will not be acting on any of the safety concerns presented to him, and will not be forced into doing anything because of me.
This story doesn’t have an ending yet but I’m not going to be quiet. I believe so strongly that what our children and teens need are programs and sports options that challenge them in healthy ways, that present them with obstacles that can be overcome by hard work, effort and skill, not trash bag runs, saunas, starving themselves, and public shaming about their weight.
My biggest regret in all this is that I didn’t say something my very first year in youth football as I watched 8 year olds struggle to “make weight.” My gut knew then that it was wrong but I went along with it because surely any league providing sports opportunities for our kids must be making their decisions from a point of safety, right?

What I’ve learned is that when your gut tells you something is wrong but people around you tell you it’s fine, it’s OK to trust your gut and see for yourself.
It’s OK to speak up.
It’s OK to reach out.
It’s OK to shine light on the dark spots in our life.
It’s OK to make noise.
It’s OK to be labeled as a parent who is stirring the pot.
It’s OK to want better for our children.

The Moms of Fall
Should Parents Allow Their Kids To Play Football?
Dear Parents, You're What's Wrong with Youth Sports
advertisement

The Moms of Fall
Should Parents Allow Their Kids To Play Football?
Dear Parents, You're What's Wrong with Youth Sports