Published by Jenni Brennan on September 4, 2020 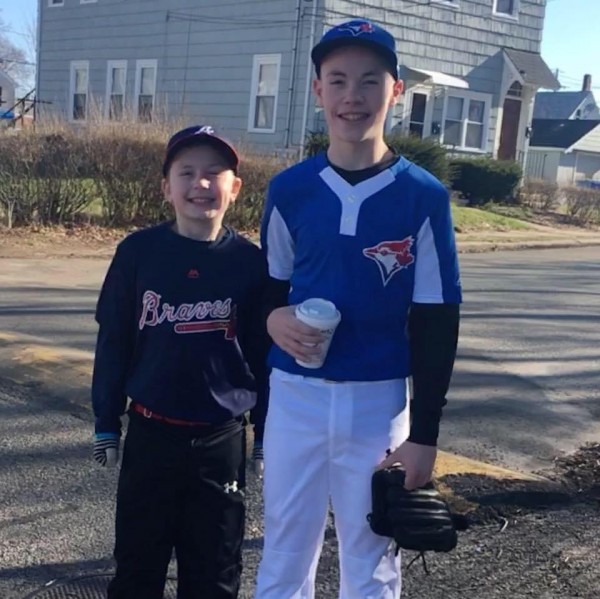 Here’s the thing. I am the oldest of two children. My husband is the oldest of four children. We are your stereotypical older children. We are reliable and conscientious perfectionists who don’t like surprises. We have a strong need for approval from others, especially individuals in charge. It’s not surprising to us that our oldest son freaks out when he scores less than a 100% on a math test or shares that one of his biggest fears is being sent to the principal’s office. He is following in our footsteps and proving that birth order stereotypes are alive and well in my house!

But while our similarities as first-born children allow my husband and I to often completely understand the view point of our oldest child, on the flip side it means that we often do not understand our youngest child and sometimes have no idea how to parent him. We have no idea what it’s like to be the youngest. We are blindly trying to navigate the maze of parenting a youngest child without any road map, without any experience at being the youngest. There are countless moments each week where we feel like terrible parents, worried that we are completely ruining our youngest.

When I look at my youngest child, I feel a deep sense of pride. He is charming, creative and has a skilled way of getting what he wants and needs. He has so many traits that I envy. Yet, I also often feel a deep pang of guilt when I look at him. This little guy spent a large chunk of his life being carted around to all of his older brother’s activities — baseball games, basketball games, football games, play dates, birthday parties, etc. Many of our closest family friends come from friendships that were forged at those very same events and activities — meaning that my oldest child always has plenty of kids to play with when all the families get together. But, my youngest is often the baby — the annoying younger brother who isn’t quite fast enough, strong enough, skilled enough to keep up all the way. So, while he has become quite adept at entertaining himself, he often feels like he is on the fringe and doesn’t quite fit in.

“It’s not fair!” he whines when his brother gets to go on sleepovers, or makes an all-star team or plays more games each week in sports, or gets a new cell phone. At only 7 years old, my youngest child can’t handle the abstract task of comparing himself to the 7 year old version of his older brother. When I tried to suggest this tactic recently my younger son said:

You know what, when he’s says “It’s not fair,” he is usually 100% correct. It’s not fair. Life isn’t fair. I hope that I am able to provide both of my children with the skills they need to navigate an unfair world as adults. But, in the meantime, how can I honor his feelings and help him to be more than just the younger brother? How can I prevent the dimming of his bright dimply smile and the decreased frequency of his wise-cracking jokes?

I started this article about a month ago but then walked away from it before it was finished. I was frustrated and lost. So, I did what I always do when I feel frustrated and lost. I read a lot of articles, discussed with friends and mulled everything over in my brain. (I also over indulged in Starbucks dark chocolate covered almonds.) With the old Sesame Street song “One of These Things Is Not Like the Other” playing in my head, I came to realize that I need to stop trying to fit my youngest child into the same mold that the rest of us in the family fit in so comfortably. Rather than trying to change him to be more like us, I needed to embrace his uniqueness: fully, honestly and wholeheartedly accentuate and accept what makes him so distinctly him.

Over the past few weeks we have been trying to mindfully focus on his need for individualized attention. His bedtime, after school and morning routines are all now slightly different than his older brother’s. We try to give him the ability to make more decisions on his own and even though this often means he goes to school in a completely mismatched outfit, it makes him feel like he has a voice. Moreover, it makes him feel like his voice is valued. We have even let him test out riding in the backseat without a booster seat, even if it is two weeks too early. We’ve created special time just for him at night where my husband reads the Harry Potter series to him and only him. We’ve also tried to focus more on HIS friendships and helping him to foster those connections.

Most nights in the past week he has gone to bed cheerful, smiling and thanking us for being “awesome parents.” His dimply smile has become far more commonplace in our house, edging out the cries of “It’s not fair.” We feel like we have our baby back. So, I’ll take it as a small victory. For now. However, if you find me eating dark chocolate covered almonds while hunched over my laptop in a corner of a Starbucks near you, you’ll know that I am probably in the midst of my next parenting crisis.